Israel 1-1 Scotland: Ryan Fraser’s equaliser salvages another draw for Steve Clarke’s side in World Cup qualifying campaign after Dor Peretz had given hosts the lead in front of 5,000 fans in Tel-Aviv

Scotland’s players spoke last week of being inspired by the efforts of their Six Nations counterparts as they looked to end a hoodoo of their own on the road.

Gregor Townsend’s group went to Twickenham and Paris, winning in both for the first time this century.

Not since 1986 when Paul McShay got the only goal have Scotland’s footballers departed Israel with a victory. The size of the task didn’t need explaining to a squad well aware of the dismal run they travelled inspired to bring to an end. Ultimately it wasn’t enough, a spirited fightback could only salvage one point, rather than three. 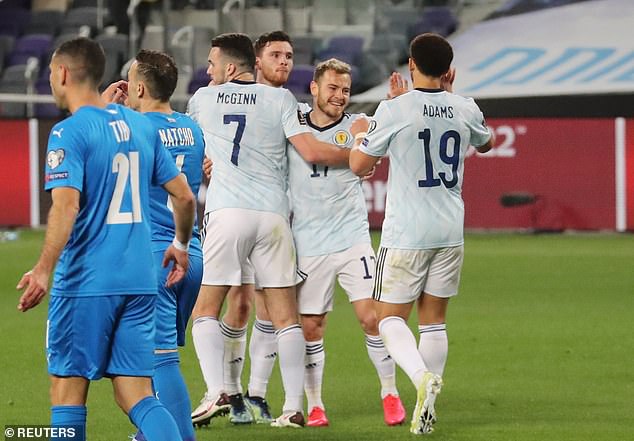 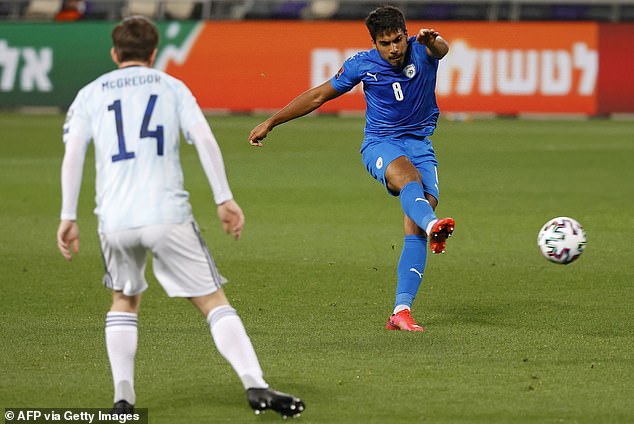 In what was these two sides’ sixth meeting in the last two-and-a-half years, there were few surprises in this being a close encounter from the off. Given Denmark put eight past Moldova and Austria struck put three past the Faroe Islands, a draw doesn’t suit either sides’ bid to be in Qatar next year.

Steve Clarke was looking for urgency, particularly in attack, early on having spent most of his pre-match talking up the ‘fresh legs’ at his disposal.

Southampton’s Che Adams got his first start for his country, replacing Lyndon Dykes, and he looked lively.

Scott McTominay needed to do better with the first big chance of the game inside seven minutes, working himself free in the box only to head Andy Robertson’s corner wide from eight yards out. 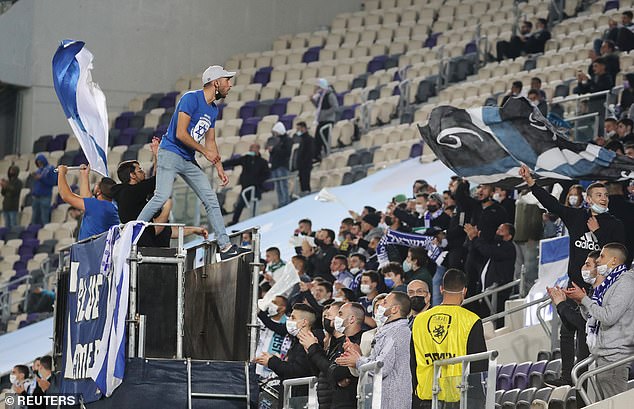 The World Cup qualifier was played out in front on 5,000 fans in the Bloomfield Stadium

The 5,000 fans allowed entry inside the Bloomfield stadium in Tel Aviv breathed a collective sigh of relief.

The match quickly became more of a basketball contest than a football one – momentum swinging from one side to the next – and that seemed to suit Israel more than it did Scotland.

Manor Solomon, who scored the only goal when these sides met back in November, drew a fine point-blank save out of David Marshall midway through the half but it proved a warning Scotland did not heed.

Clarke’s side went from the front foot to the back quickly and were behind 60 seconds before the break, a long-range strike from Dor Peretz getting the better of a full-stretch Marshall. It was only Peretz’s second goal for his country. The other? That was against Scotland, too.

Replays showed Marshall got both hands to the ball but could only push it into the side of his net. His head hit the turf in response; completely crestfallen for an error at a key moment of the game.

Clarke responded by introducing Ryan Christie at the break, withdrawing Jack Hendry and switching to a back four and it had the desired effect.

Scotland were instantly more dominant, more suffocating and it paid dividend early when Ryan Fraser fired in an equaliser before the hour, smartly teed up by Adams.

The goal had a galvanising effect. Heads that dropped when Peretz’s strike went in were suddenly raised high – memories of Twickenham and Paris were flooding back. 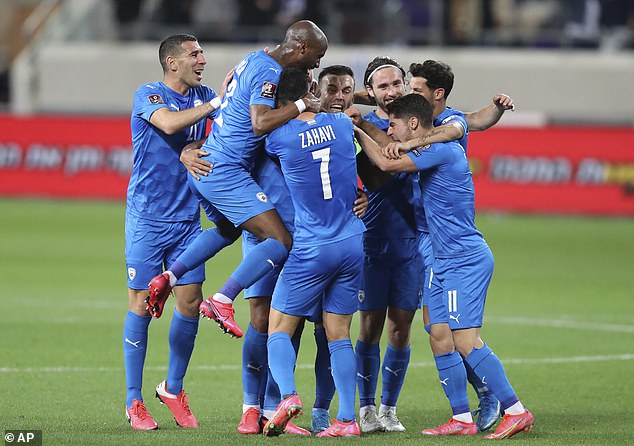 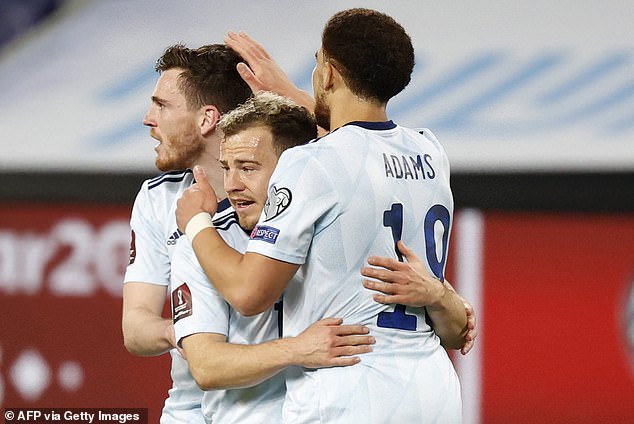 Scotland pushed, armed with the knowledge that the point against Austria at Hampden would be significantly diluted if it wasn’t three here in Tel Aviv.

In the end there was no dramatic late show. It wasn’t to be. Unbeaten in the group but only two points to show for it. The Israel hoodoo reaches 35 years and counting.

The result means Steve Clarke’s Scotland have drawn both of their World Cup qualification matches for Qatar 2022 so far after their 2-2 draw at home to Austria earlier this week.