United travelled to the Turkish capital on the back of impressive victories over Paris Saint-Germain and RB Leipzig, but found themselves two down inside 40 minutes as strikes from Demba Ba and Edin Visca capitalised on a defensive horror show, which Solskjaer labelled “unforgivable”.

Anthony Martial’s instinctive header pulled one back before the break but it failed to inspire a second-half comeback, with a stunning stoppage-time goal-line clearance from Alexandru Epureanu denying United a point at the death.

Newcomers Basaksehir didn’t have a Champions League point or a goal to their name before kick-off but a resilient performance earned a famous and deserved first win in the tournament for the Turkish champions, as United became the first English club to lose in this season’s competition on the banks of the Bosporus.

Man of the Match: Demba Ba. United looked to be effectively carrying out their gameplan early on, with Bruno Fernandes rifling a volley wide and Luke Shaw whistling a shot past the post inside 10 minutes, but it all unravelled for Solskjaer’s side in farcical circumstances before the quarter-hour mark.

Basaksehir captain Visca blazed a shot over and United failed to heed the warning as a simple punt from the back released Ba in behind the visitors’ non-existent backline, and the Senegal striker strode unopposed through on goal before slotting past European debutant Dean Henderson.

Ba was a constant thorn in the side of Axel Tuanzebe and was incensed when the United centre-back only received a yellow for a desperate last-man challenge on the Basaksehir striker as he ran through on goal again.

Just as United seemed to have steadied the ship following the early setback, their defensive frailties were exposed for a second time as Deniz Turuc picked Juan Mata’s pocket, broke forward and sent a cross in that Ba brilliantly dummied for Visca to rifle in the hosts’ second. 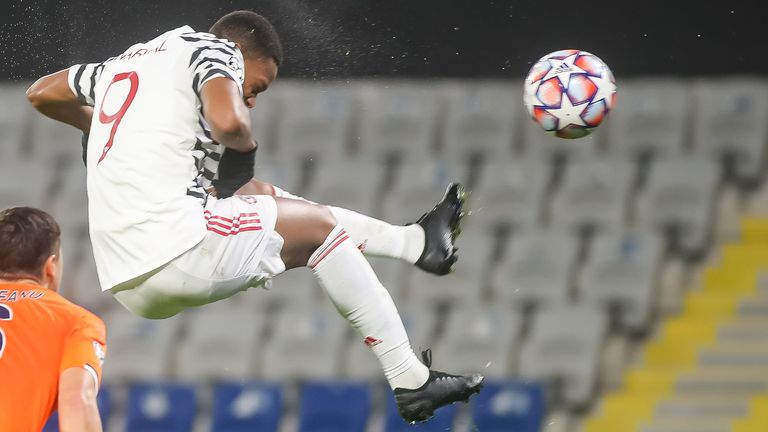 But United were able to grab a lifeline before the half was over, with Martial steering a brilliant header into the far corner to halve the deficit with their first attempt on target on 43 minutes.

After a performance in stark contrast to his stunning display at Paris Saint-Germain, Tuanzebe was hooked at the interval, as Scott McTominay came on to add another layer of protection in front of United’s porous defence. 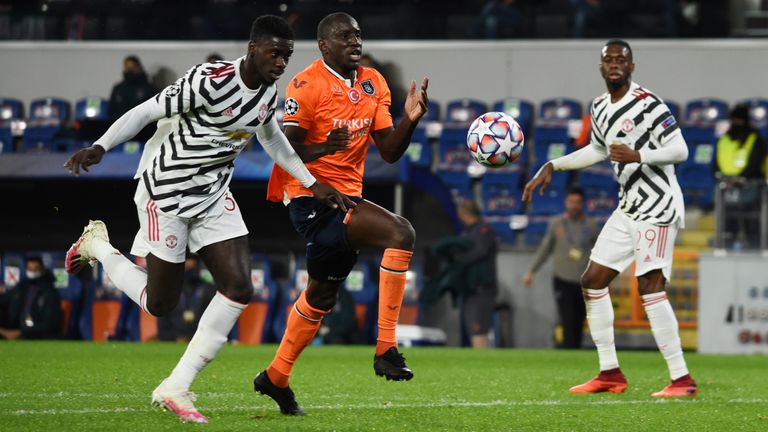 The ease with which Basaksehir contained United’s attack prompted further reinforcements from the bench, with Edinson Cavani, Paul Pogba and Mason Greenwood summoned, but they failed to galvanise the visitors.

United nearly got out of jail when substitute Mehmet Topal diverted the ball back towards his own goal line, but Epureanu’s stunning clearance ensured it was a night to savour for Baseksehir – and one to forget for Solskjaer. 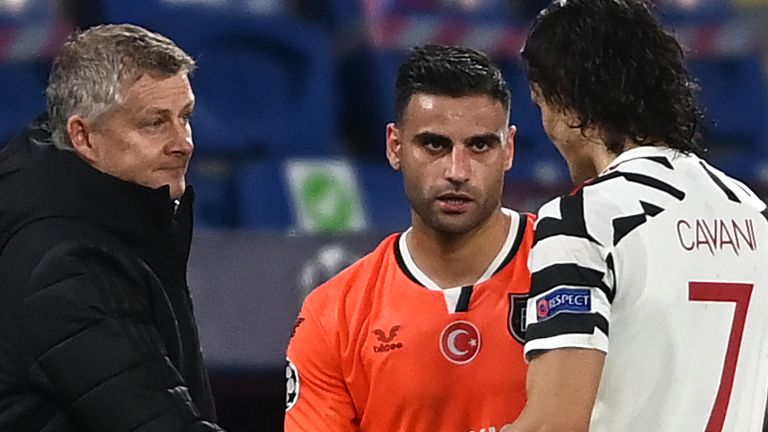 What the manager said…

Man Utd boss Ole Gunnar Solskjaer told BT Sport: “The performance wasn’t good enough against a team that worked and ran. They hit us on the break a couple of times and scored two goals like you sometimes do in Europe when you don’t defend well enough.

“The first one we forget about the man up top and that’s unforgiveable. The second one, we’re not very well organised to counter-press and win the ball back when we’re playing. So two tough goals to giveaway and then we didn’t have enough to come back second half.

“We scored from a cross, a good goal by Anthony, and then you think 45 minutes to save something from the game but second half we threw everything at it, but we couldn’t break them down.

“It’s set us back a lot, of course it has. You get a reality check every time you play a football game here. Nothing becomes history quicker than a game of football. You don’t just turn up and get three points in the Champions League. That’s shown here today.

“It’s not easy to be positive now. Of course it isn’t. When you’ve just lost the way we did. But these players they’re good players and we have a chance on Saturday morning to get going again.”

Man of the Match – Demba Ba

The 35-year-old former Premier League striker rolled back the years, tormenting the United defence with a vintage performance.

The Senegal international wrote his name in Istanbul Basaksehir history by scoring their first Champions League goal. The effort was reminiscent of his iconic strike against Liverpool in 2014 as he raced through on goal, only this time there was no Steven Gerrard slip, just woeful United defending.

Ba’s clever stepover was as good as an assist as Visca doubled the Basaksehir lead before the break, and the removal of Tuanzebe from the firing line at half-time was a testament to his fine performance.

Manchester United travel to Everton in the Premier League on Saturday at 12.30pm. Istanbul Basaksehir host Genclerbirligi in the Turkish Super Lig on Sunday at 1pm.