Joleon Lescott believes Jack Grealish needs more minutes in an England shirt and could start in midfield for Gareth Southgate’s side.

The former England defender was speaking on the Kings of the Premier League show, which airs this Friday on Sky Sports Premier League at 7pm, where guests assemble their team of the month.

“For whatever reason, Grealish is not getting enough minutes,” said Lescott. “He definitely deserves more opportunity and needs more minutes to showcase what he can do.”


Kings Of The Premier League

Southgate is set to announce his latest squad on Thursday for the friendly against the Republic of Ireland and Nations League games against Belgium and Iceland.

Grealish impressed on his full debut in the 3-0 win over Wales last month but remained an unused substitute during the 2-1 win over Belgium and 1-0 defeat to Denmark.

“Everyone wanted him in the squad and he deservedly got his place,” added Lescott. “But he didn’t get many minutes in the last games, and it looked like England were struggling [against Denmark].

“Does he start ahead of Raheem Sterling or Marcus Rashford down the left wing? Possibly not. But there’s definitely a role for him, to get him into the team – in advanced midfield or down the right side. 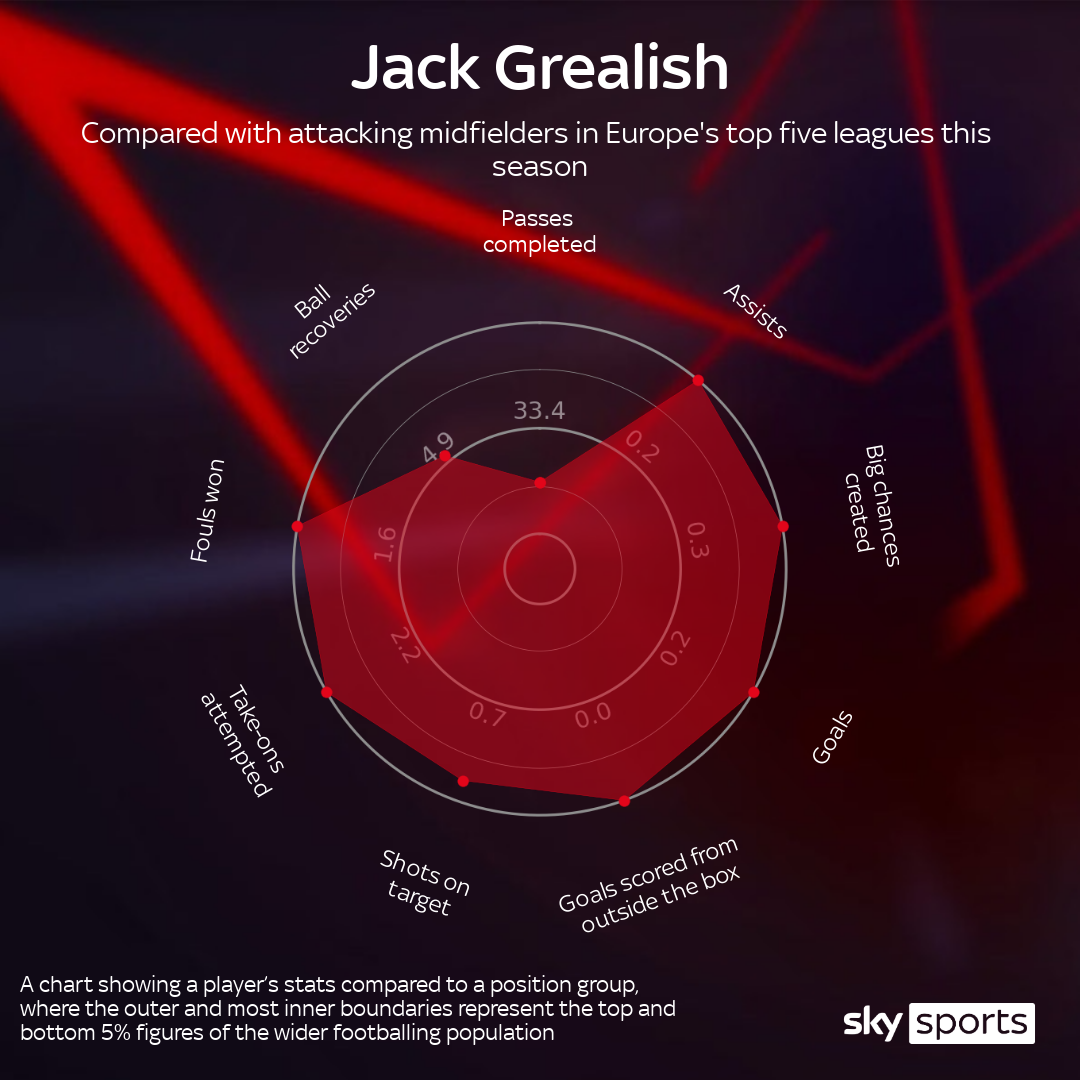 “There’s scope for him to get into the front three but he could find a way into midfield – he did that for Villa last season. He can come deep and get the ball and he will work hard. “Villa’s Premier League livelihood was on the line last season and he contributed to saving that – he did the ugly side of the job as well.

“If you look at his goal contribution, which is what we want to see – that’s what those types of players do. If we’re picking Mason Mount or forward players because they’re stronger defensively, that’s where we’re going wrong.”

Watch England in the Nations League on Sky Sports

As well as our live coverage, if you are out and about, you can follow all of those Home Nations games on the Sky Sports website and app, where we will have minute-by-minute updates and show you the goals as they go in.

Kings of the Premier League returns on Sky Sports 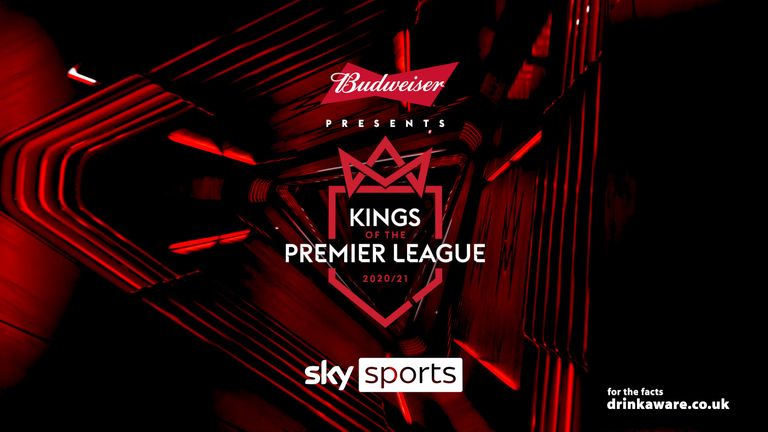 The monthly Kings of the Premier League show returns on Sky Sports this Friday with another all-star line-up on the panel.

Sky Sports presenter Adam Smith and two guests build an ultimate XI from the top-performing players over the past month, armed with stats-based rankings and votes from the fans. The pair will be pitting stats against gut, comparing results from the statistical Power Rankings with fans’ votes for Kings of the Match on the Premier League website.

The guests disagreed on several selections before being forced into a decision and provided opinions on several of the hot talking points right now.

Do the Premier League’s statistical leaders make the cut in this month’s XI, or do the fans’ favourites earn starting berths? Tune into Sky Sports Premier League at 7pm on Friday to find out. 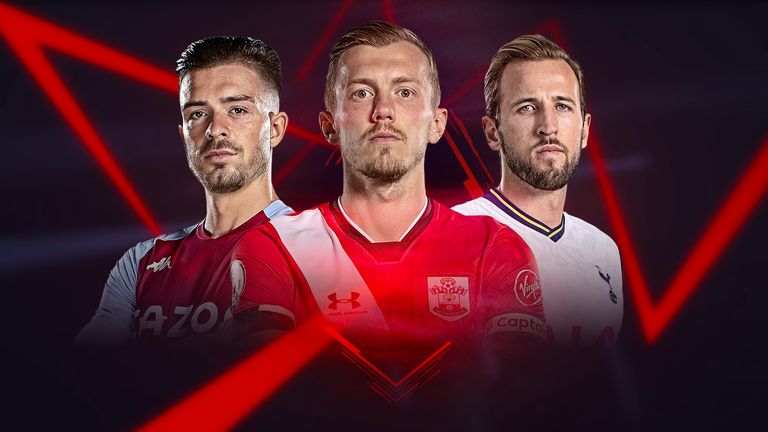 This week, Southampton midfielder James Ward-Prowse soared to the summit to finally end Harry Kane (No 3) and Heung-Min Son’s (No 5) run at the top table – despite Kane converting from the spot to help Spurs beat Brighton 2-1.

The Saints’ captain powered into pole position with an assist and two goals from direct free-kicks during the 4-3 win over Aston Villa on Sunday – becoming the first player to do so in the Premier League since Christian Eriksen in 2015. 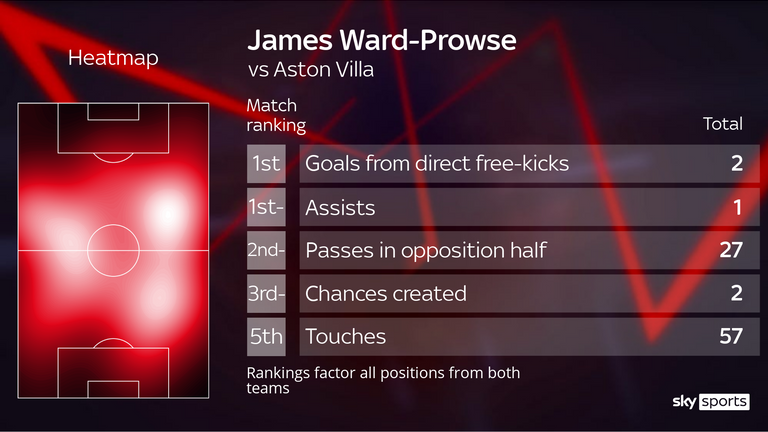 Team-mates Danny ings (No 4) and Jannik Vestergaard (No 6) were also among the goals, with the former netting a spectacular effort before suffering a knee injury with five minutes left on the clock.

Despite being on the losing side, Jack Grealish produced yet another dazzling display with a goal and an assist to land runner-up spot – maintaining his untarnished run in the top 10 form players this season.

Watch England in the Nations League on Sky Sports

From England’s quest to improve on their third-place finish in last year’s competition to Scotland, Wales and Northern Ireland’s pursuit of promotion from League B, we will bring you all the twists and turns along the way.

As well as our live coverage, if you are out and about, you can follow all of those Home Nations games on the Sky Sports website and app, where we will have minute-by-minute updates and show you the goals as they go in.

We will also have highlights of every game involving the Home Nations and the best of the other Nations League fixtures available too.