The 21-year-old completed sprints and ball drills during an individual session at the club’s Brackel training centre, as the England forward closes in on his comeback following a muscle injury.

Dortmund have recently played down expectations that he could play in the return fixture, which City lead 2-1, on Wednesday but it will nevertheless be a boost to Edin Terzic’s side.

Sancho has not featured since he picked up the knock in the closing stages of Dortmund’s 1-0 win against Borussia Monchengladbach in the DFB-Pokal on March 2, after he had scored what proved to be the winner.

Gareth Southgate was unable to select him for England’s World Cup Qualifiers against San Marino, Albania and Poland over the international break, and he travelled overseas to undergo rehabilitation on the injury last month.

The forward also missed what would have been his first return to the Etihad Stadium since leaving to sign for Dortmund in 2017, as Kevin de Bruyne and Sancho’s former academy team-mate Phil Foden steered Pep Guardiola’s side to victory.

Sancho, who has earned 18 caps and scored three goals for England to date, will be hoping his recovery will boost his chances of being selected for Southgate’s squad for this summer’s European Championships. 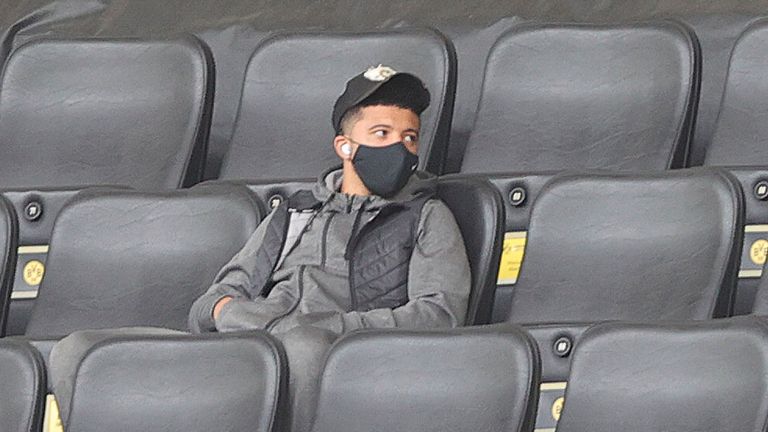 Despite some suggestions that Sancho’s form has not hit the heights of his previous two campaigns for Dortmund, he has still scored 12 goals and contributed 16 assists across 31 matches in all competitions this term.

Sancho could yet feature in Dortmund’s six remaining games of the Bundesliga season, as they look to qualify for next season’s Champions League. They also face Holstein Kiel in the semi-finals of the DFB-Pokal on May 1.

His compatriot and club-mate Jude Bellingham, who starred against Manchester City in the Champions League quarter-final first-leg, scored his first German top-flight goal in the club’s 3-2 win over Stuttgart on Saturday.