Manchester United, Jadon Sancho and Borussia Dortmund are all confident that a transfer will be completed this summer at some point for the winger to return to the Premier League. That’s according to transfer expert Ian McGarry, who explained on the Transfer Window Podcast that the two clubs are basically in agreement that the move is inevitable.

Sancho appears to be in limbo during pre-season.

The English winger has been linked with United throughout the summer, but the move appears to be no closer to fruition.

The player has agreed personal terms over a five-year contract at United, and will reportedly earn a whopping £340,000-per-week.

But the two clubs are still nowhere near agreeing a transfer fee, with Dortmund standing firm on their £108million valuation. 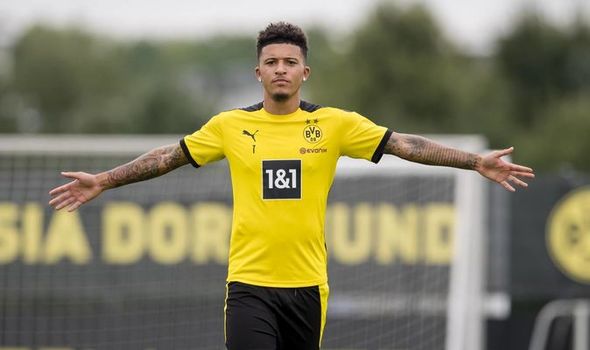 The Bundesliga giants want the entire price paid up front, and don’t seem to be willing to entertain the idea of taking an installments package.

But United are reluctant to offer the full amount, and want to pay over a number of installments with various add-on fees.

They have other transfer targets in other positions, and don’t seem to be willing to put all their money on one player.

However, McGarry reported on the Transfer Window Podcast that all parties involved are confident that the deal will go through, but just not yet.

McGarry explained: “Our information is that Manchester United and Borussia Dortmund are comfortable with the positions they’re in with regards to selling Sancho.

“United don’t expect Dortmund to agree the details of the payment structure that United have proposed, until potentially the end of the window.

“There’s currently an impasse with conversations between the two clubs. 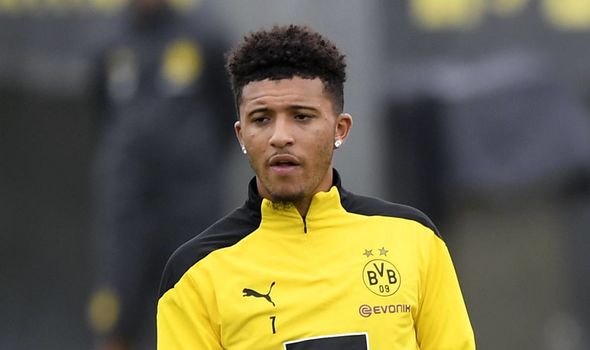 “United are now in the unique position of being the only team in town as far as Sancho is concerned.

“That’s something they’re comfortable with.

“It shouldn’t be the case that the transfer is in doubt or won’t happen.