Jamie Vardy is closing in on a return to the Leicester team this week following hernia surgery.

The striker, 34, has missed his club’s last four games but is set to hand the Foxes a major boost in the coming days.

Manager Brendan Rodgers said: ‘We’re hopeful that Jamie towards the weekend won’t be too far away which will be great news for us. That’s what we anticipate.’ 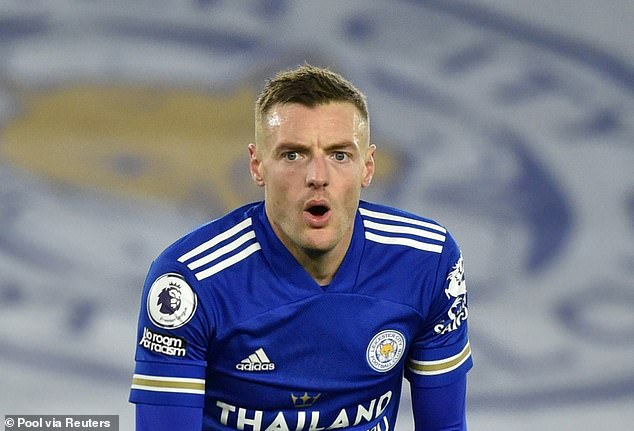 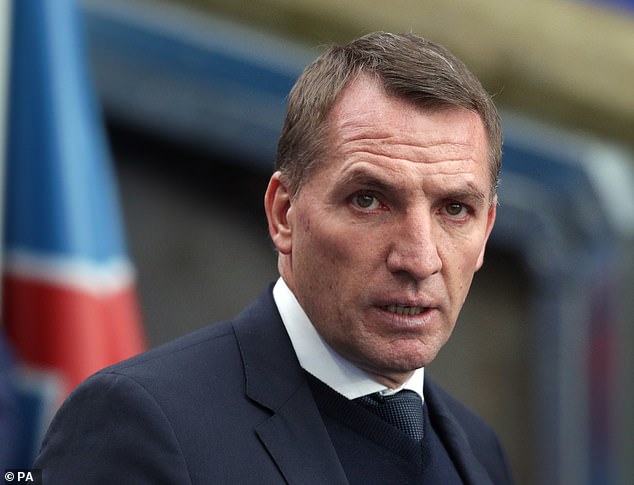 Vardy will miss Leicester’s trip to Fulham on Wednesday before the club travel to Wolves on Sunday.

If that comes too soon for Vardy, Leicester then host Brighton in the FA Cup next Wednesday and Liverpool in the league on February 13.

Midfielder Wilfred Ndidi is not too far behind Vardy in his recovery from a hamstring injury though Rodgers is down to his last two fit central defenders.

Wesley Fofana is being assessed after suffering a hamstring problem in Sunday’s defeat by Leeds while Wes Morgan is 10 days into a month-long period during which he has been withdrawn from training due to a back problem. Caglar Soyuncu and Jonny Evans are Rodgers’ last two centre backs standing.

He said: ‘They are two good centre halves to have fit so I can’t complain.’

Full back Timothy Castagne is also facing a period on the sidelines after coming off against Leeds as the injuries pile up for Leicester. Rodgers said: ‘It’s just the nature of the season this year that every team is having issues around injuries. 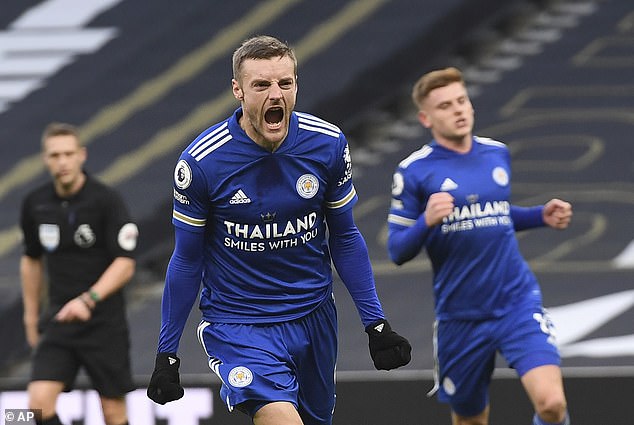 Vardy’s been influential in Leicester’s push for a top-four spot, scoring 11 goals so far this term

‘We have to find ways to cope and adapt. I don’t want to cry about it.’

Leicester, who are fourth in the table, head to Fulham after a surprise 3-1 home loss to Leeds and Rodgers said: ‘Our season has been defined by some of the setbacks we’ve had.

‘Losing some games and then regrouping, pressing the reset, getting our confidence levels high and going into the next game — and I don’t anticipate it being any different.’