Adnan Januzaj – who is still in touch with Sir Alex Ferguson – lifts the lid on his tough time at Manchester United as he prepares to face them with Real Sociedad: ‘Van Gaal doesn’t show you love… Marcus Rashford is lucky to have Solskjaer’

It’s five years ago this month since Adnan Januzaj last stepped onto the pitch at Old Trafford, coming on as a substitute for Marcus Rashford who had stolen the show with his very first Premier League goals against Arsenal.

Rashford’s career at Manchester United was just taking off. Sadly for Januzaj, his time at the club was drawing to a premature close.

He had been the rising star once, also scoring twice on his first league start for United in a win at Sunderland in October 2013. 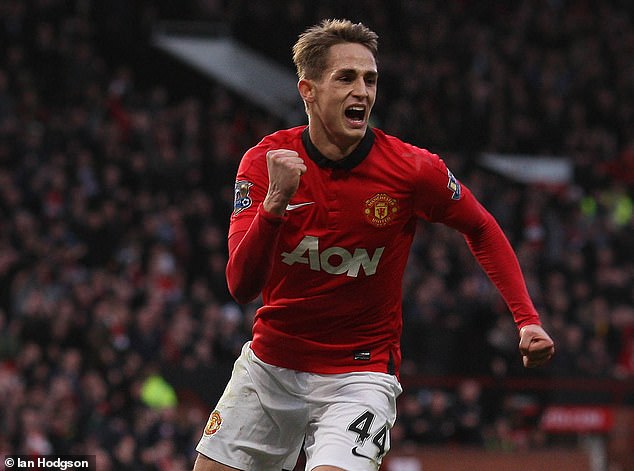 Disillusioned with life under Louis van Gaal, Januzaj had returned from a difficult loan spell at Borussia Dortmund under an equally tough taskmaster in Thomas Tuchel and knew he had no future in Manchester.

Older and wiser for his experiences at the age of 26, the Real Sociedad winger can reflect on it all as he prepares to face United for the first time in Thursday’s Europa League knockout tie on neutral ground in Turin before returning to Old Trafford for next week’s second leg.

So does he have a point to prove?

‘No, I don’t have to prove anything to anyone,’ says Januzaj at Sociedad’s training ground south of San Sebastian.

‘I know my qualities, I know who I am. I don’t have to show United or anybody that I’m a good player. I just have to believe in myself. 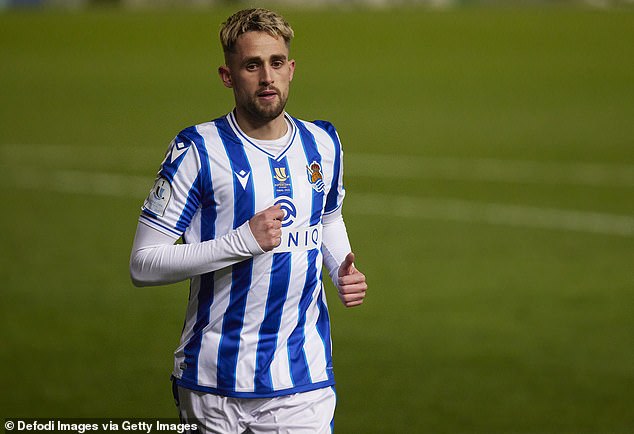 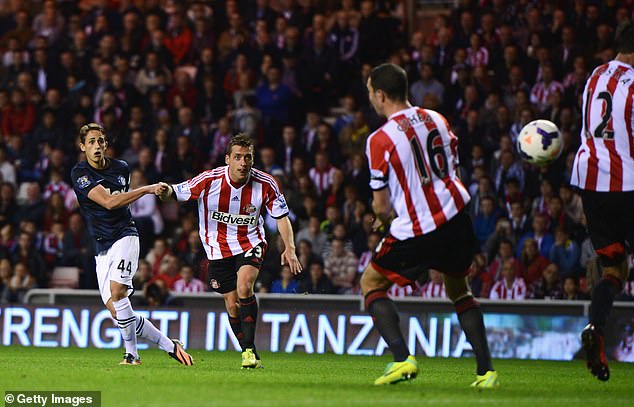 ‘Regrets? I could say maybe a small regret. Because I know I had the quality to show the people how good I was. That’s my regret.’

Januzaj is happy in Spain. He lives in a beachfront apartment and is a regular in a team currently fifth in La Liga. Most of all, he feels the love that was missing earlier in his career.

‘When I played my first season at United and came through the academy, people were showing me love. The coaches were letting me enjoy my football,’ he says.

‘Then obviously when a coach (Van Gaal) comes who doesn’t show you love, it gets more difficult to prove yourself and be happy.

‘When Sir Alex Ferguson was talking to us, he gave us a bit of hope. “Work hard, your time will come”. 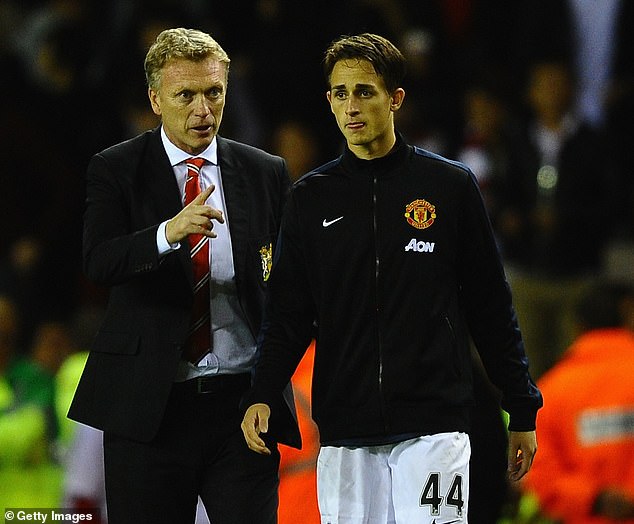 Januzaj’s breakthrough came under David Moyes, who rewarded him all season with minutes

‘Even if you had a bad pass, Van Gaal would shout at you. For young players that isn’t good, you have to teach them. A coach is like a teacher, that’s what I missed the most.

‘It wasn’t only to me but also to other young players. To Memphis (Depay) also, he’s a great player and you can see he’s making a difference with Lyon in France.

‘As young players we just had to sit there and wait for our opportunity to play for 10 or 15 minutes. Okay, we can show a glimpse of our quality but you cannot show how good you are.’

Januzaj is still in touch with Ferguson, someone he refers to as the ‘father of football’, and has kept his house in Hale as well as some city centre apartments.

A close friend of Paul Pogba and Luke Shaw, he accepts that he would have been better off playing under Ole Gunnar Solskjaer rather than Van Gaal who publicly criticised his work ethic in training.

‘You can see Ole is really nice and loves the players from the academy. For young players like Marcus they are very lucky to have a coach like that.

‘When you are a young boy and you’re being criticised for things you never did – the coach’s excuse was that I wasn’t training very well – I couldn’t understand. You play like you train. If I was doing well in games, I don’t think I was that bad in training. 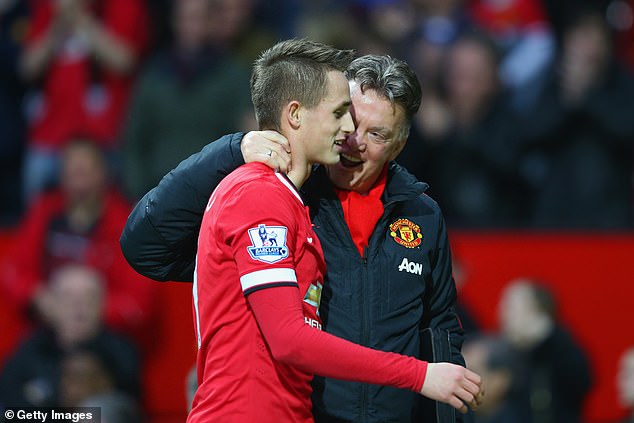 Januzaj struggled under Van Gaal, who publicly criticised his work ethic in training

‘People had a bad image of me and that’s the one regret, that I had lot people questioning my mentality.

‘Van Gaal told me at the last minute that I could go on loan and I was rushed off to Germany.

‘Maybe I went too early but I just wanted to play football. I didn’t want to be sat on the bench for six or seven games in a row.’

‘A coach should always protect you as a player, especially when they know you are a player that can make a difference for them,’ says Januzaj. ‘They should be a bit more chilled about that kind of stuff.

‘People were harsh on me because I was a young boy with a lot of quality. It was difficult for me to know what they are doing with me. I’m now 26 and I know this will never happen in my career again.’

After a relegation season at Sunderland – ‘I just wanted to get game time even though it wasn’t a team that suited my abilities’ – the Belgium international made a permanent £9million move from United to Sociedad in 2017 and feels at home in Spain. 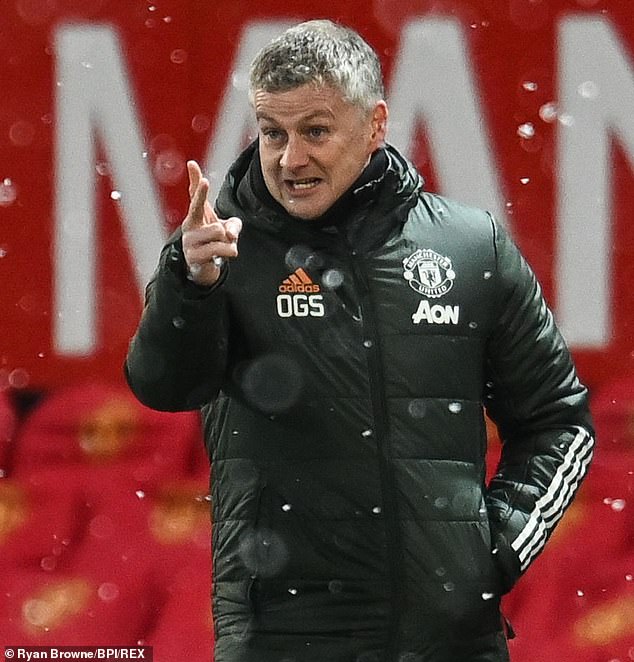 ‘I was a bit scared of how I was going to fit in and the lifestyle, but today I’m really chilled and happy here,’ he says.

‘I’ve learned a lot in terms of how to behave myself and stay calm. I worked a lot for the past few years on that. Somebody who works in this club helped me to be mentally more relaxed and let my football flow.

‘Now people are talking totally differently about me. I never had problems with any coaches, I always work hard and I’ve got two World Cups in me.

‘I will tell you the truth, from my first year at United to now I’m a totally different player. I’ve changed a lot in terms of quality, confidence and mentality. I’m enjoying my football.