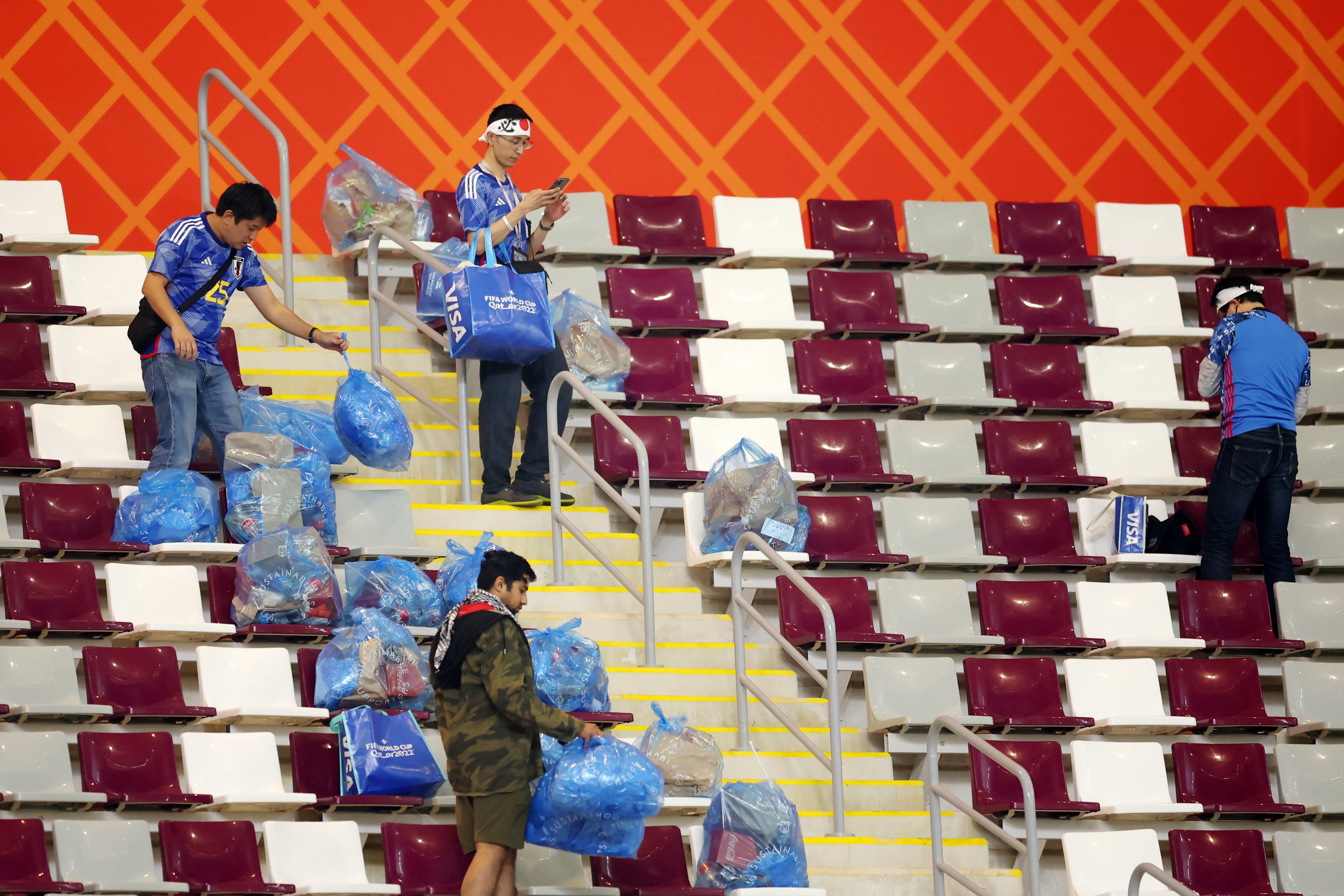 While most nation’s supporters would be revelling in a stunning World Cup victory over Germany, Japan’s fans opted to stay behind and clean up the stadium before leaving.

On Wednesday afternoon, Japan pulled off a famous win after coming from behind to secure a 2-1 victory over the four-time champions thanks to goals from Ritsu Doan and Takuma Asano.

Ilkay Gundogan had given Germany the lead from the penalty spot in the first half and Die Mannschaft spurned a host of opportunities to add to their lead before Japan rallied late in the second half.

A pull-back was parried straight to Doan who buried the rebound into the roof of the net in the 75th minute before a wonderful touch and powerful near post finish from Asano eight minutes later completed the turnaround.

Japan’s unlikely win sparked wild scenes of celebration – both in the stands and back home – but supporters were typically respectful afterwards with a host of fans staying behind afterwards to pick up litter.

Decked out in Japanese kits, scarves and face paint, the supporters could be seen walking along the rows of the stadium after the crowds had dispersed with large bags, bending down to pick up used cups, bottles, food wrappers and even discarded German flags.

The fans, who are known as the Samurai Blue army, bring their own big blue bags to the matches – often waving them above their heads during the game – before getting out brushes and litter pickers to begin their clean-up operation after the match has finished.

It has become something of a trademark of Japan’s supporters to help clean up the stadium after major sporting events, with the players themselves even cleaning their dressing room – and leaving a thank you note – after the last World Cup in Russia.

They had already been at it in Qatar prior to Wednesday’s match, with a number of Japanese fans deciding to watch Sunday’s World Cup opener between Qatar and Ecuador and once again cleaning up afterwards.

Japan’s victory has significantly boosted their hopes of progressing to the last 16 of the World Cup in what looked like one of the toughest groups on paper, with Spain and Costa Rica completing the foursome.

Germany, meanwhile, will now likely need to beat Spain in their next match to ensure their progress to the knockout stages remains in their own hands.

It was a day of classy gestures at the Khalifa International Stadium, with Germany’s players posing for a team photo before the match with their hands covering their mouths in protest at FIFA’s threat to sanction nations for wearing the ‘OneLove’ rainbow armband in support of the LGBTQ+ community.