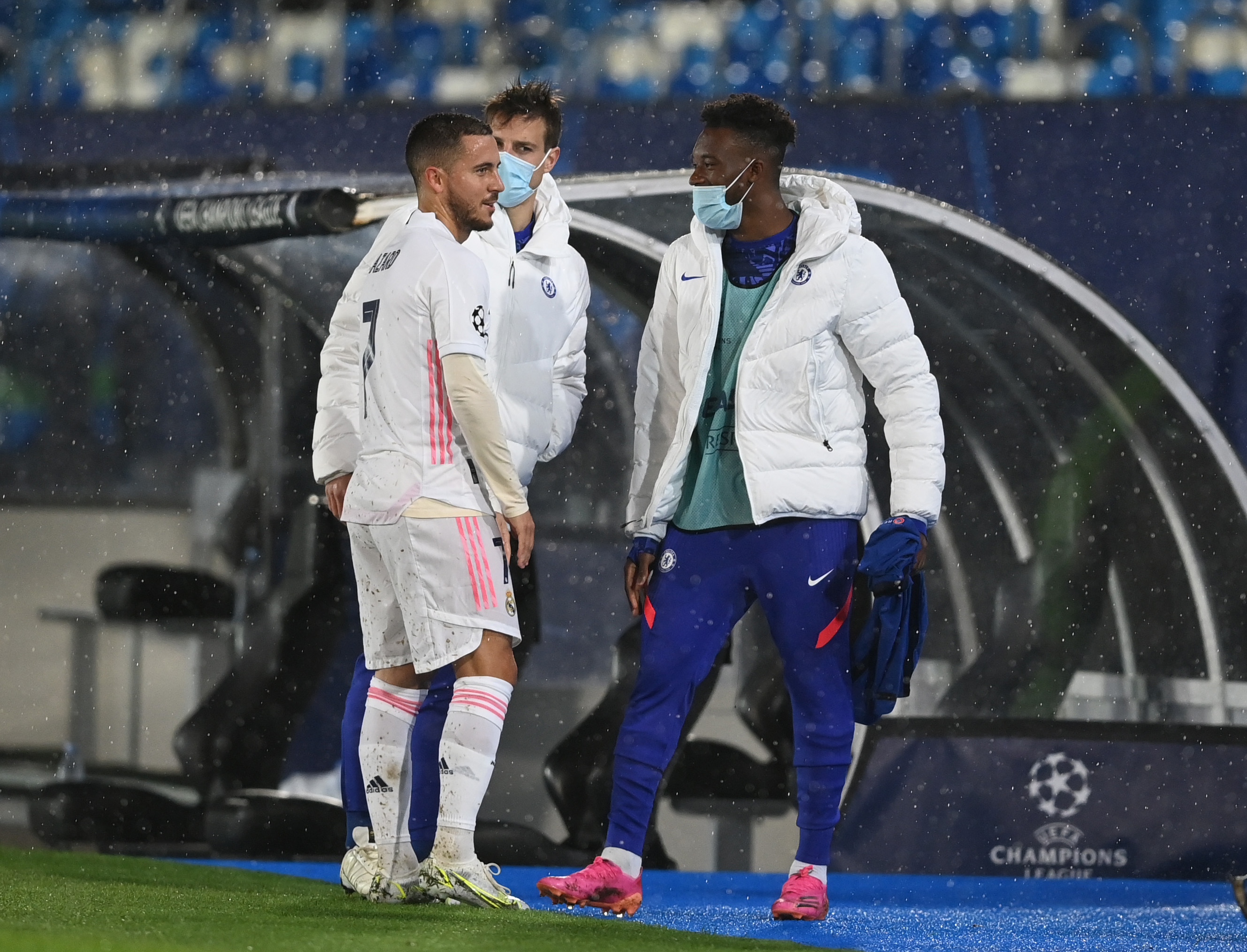 Joe Cole praised Chelsea’s performance after their 1-1 draw in Tuesday’s Champions League semi-final first leg away to Real Madrid but felt Thomas Tuchel ‘missed a little trick’ failing to bring on Callum Hudson-Odoi and Reece James when their opponents were ‘on the ropes’.

The Blues started brightly at the Alfredo Di Stefano Stadium and Christian Pulisic fired them in front with a superb solo goal in the 14th minute after Timo Werner had struck an earlier effort straight at Thibaut Courtois.

Zinedine Zidane’s side at times looked there for the taking but drew level on the half-hour mark as veteran centre-forward Karim Benzema, arguably their standout player on the night, controlled the ball brilliantly and arrowed home an unstoppable volleyed finish.

The visitors appeared the more likely to score after the break and Tuchel made a host of changes with 20 minutes remaining as Reece James, Hakim Ziyech and Kai Havertz were sent on in search of a second away goal which never came.

And while Cole was pleased with the result and Chelsea’s ‘physical’ display, he questioned Tuchel’s decisions in the second half as Hudson-Odoi remained on the bench and James was only introduced in the 67th minute.

‘They played very, very well. I thought they were the most physical team on the pitch,’ the former Chelsea and England winger said in the BT Sport studio shortly after the final whistle.

‘The only disappointing thing is not to put it to bed. I think early on when you had Real Madrid on the ropes and you could have got Callum Hudson-Odoi on or Reece James on a bit earlier to go at Marcelo… I think we’ve missed a little trick.

‘I hope I’m wrong but I just think they won’t play as bad as that.

‘And if [Sergio] Ramos is back for the second leg, they’ll go back to a back-four which they will be more comfortable with, Eden Hazard has another week of training. Does he come in and make an impact?

‘So it was a good result, fantastic performance but it could have been better.’

Asked for his assessment of the hard-fought first leg, Cole’s BT Sport colleague, Rio Ferdinand, added: ‘There’s talk that Ramos might be back for the second leg which would be a big help for Real Madrid but I think Chelsea before the game would have taken this result.

‘An away goal, bringing it back to Stamford Bridge. I think after the performance and how the game has played out, yes they will be disappointed they didn’t finish it off… Werner some gilt-edged chances he missed there.

‘For a Chelsea fan I think they’ll be happy, they’ll be content with it. They got the away goal and they know how to keep clean sheets.

‘That’s a big factor going into the second leg.’