‘My thought has always been to be at Barcelona’: Jordi Alba responds after the Spanish club’s attempts to force him out to Inter Milan… but hints at unrest behind the scenes at the Nou Camp – ‘I’d like to tell you more’

Bareclona’s Spain left-back Jordi Alba insists that his full focus is on continuing his career at the Camp Nou, after the club attempted to force him out over summer.

The 33-year-old is entering his 11th season at the Blaugrana, but his Barca career was almost curtailed over summer, as he was increasingly linked with a move to Serie A runners-up Inter from the cash-strapped Catalans.

And according to Spanish outlet Marca, the left-back insisted he does not need to ‘vindicate’ his presence in the side, amid questions over whether he should still be part of the squad. 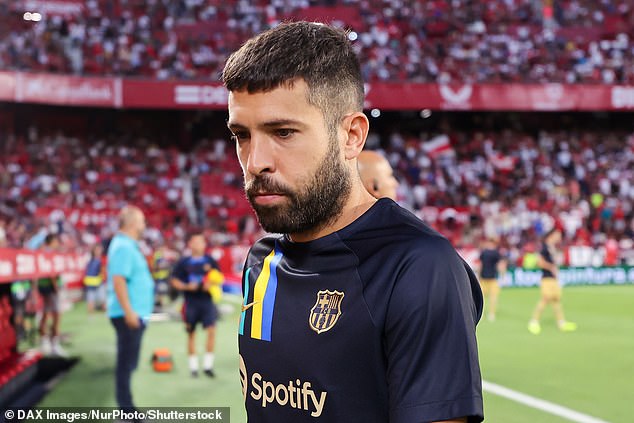 In a wide-ranging interview, Alba was quick to reaffirm that his sole interest was Barcelona, although he also hinted that there was more going on than might be immediately apparent.

He said: ‘I can only tell you that my thought has always been to be at Barcelona. I see myself qualified to be here, otherwise I would be the first to leave. Then the club will look at its interests.

‘I have always shown my commitment to the club, with the coaches… I will never get into the issues of the club’s interests. I can’t tell you more, I would like to tell you more, but I’m not going to go into it

‘I don’t have to vindicate myself. I’ve been at the club for many years, I’ve gone through moments when I haven’t played. I always try to be the best I can and now I haven’t had those minutes.’ 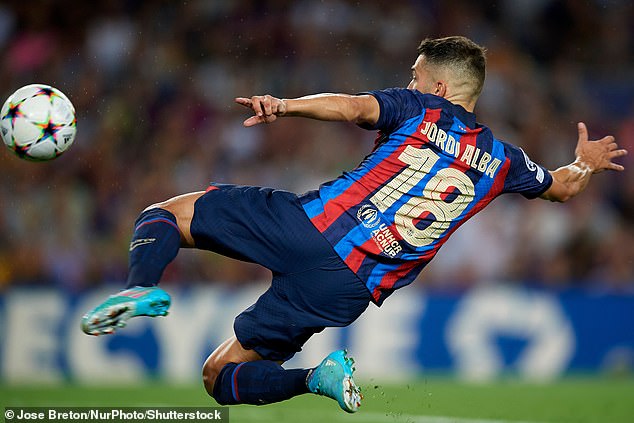 ‘I’ve been on the bench more, but trying to encourage the group in everything I can. The atmosphere is extraordinary. When I have to play like yesterday, try to do my best and help the team.

‘I have never complained if I don’t play. If I play I never ask. Work, work and hopefully I can play many games this season.’ 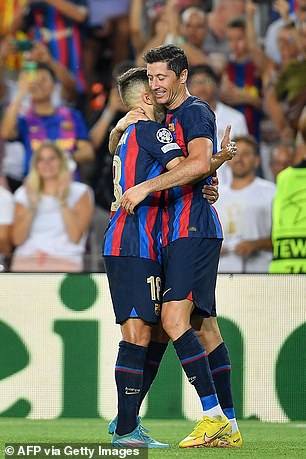 Alba described Robert Lewandowski as a ‘leader’ in the dressing room

Barca have come increasingly into conflict with some of their older and more established players late, notably with Gerard Pique, and many players have been asked to either move on from the club or take drastic pay cuts.

However, despite their well-documented financial crisis, they have still managed to spend huge money in the transfer market, bringing in the likes of Raphinha, Jules Kounde, Franck Kessie, Marcos Alonso, Hector Bellerin and of course Robert Lewandowski.

And when asked about the Polish talismanic forward’s presence, Alba added: ‘He’s a leader. He’s a great competitor, he’s great in front of goal and that’s what he gives us.’

Alba has played only 126 of 360 possible minutes in LaLiga this season, although he started Barca’s Champions League opener against Viktoria Plzen, and the arrival of Alonso will surely mark an even reduced role in the starting IX.