Jose Mourinho was under consideration for the Liverpool job before Rafa Benitez took charge in 2004.

However, the Reds were concerned whether his manner and approach was suitable at Anfield.

The Portuguese was one of the biggest up and coming names in management at the time.

He incredibly led Porto to Champions League glory 16 years ago before being appointed by Chelsea.

Premier League rivals Liverpool, though, were tracking Mourinho, as Jamie Carragher was made aware at the time by club chiefs.

Following the departure of Gerard Houllier, Spaniard Benitez was the frontrunner, and the Reds steered away from Mourinho.

His antics at Old Trafford when Porto progressed in the Champions League at the expense of Sir Alex Ferguson’s Manchester United did not go down well on Merseyside.

While they loved the result as their arch-rivals were dumped out of Europe, Mourinho’s sprint down the touchline was controversial, despite his understandable delight and enthusiasm as a young coach. 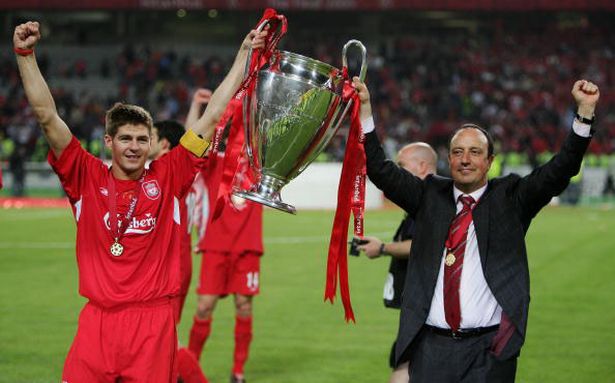 "He was just keeping the senior players informed about where they were up to, and he did mention Jose Mourinho.

"I knew much more about Rafa Benitez because of the Spanish football and what he'd done, and it looked that (appointing him) was quite far down the road anyway.

"But I think the feeling was that Jose Mourinho couldn't be a Liverpool manager.

"Possibly because of the way he conducted himself at times.

"I think even that run down the line, even though it was great, at Old Trafford, the feeling was at the club and maybe from certain players that it wasn't really the Liverpool way of doing things.

"So I always thought we'd go for Rafa with him being a little bit more standoffish."

Opting for Benitez turned out to be the right choice as Liverpool went on to lift the Champions League trophy in 2005 in Istanbul.

He enjoyed six years at Anfield before moving on.

However, it will always be a case of ‘what could have been’ for Mourinho and Liverpool, as Chelsea went on to claim the next two Premier League titles following his arrival in English football.

United eventually appointed him in 2016 as well, and he clinched the Europa League trophy and the League Cup during his reign at Old Trafford.

Although it came to a typically calamitous end, like many of Mourinho’s roles in recent years, as the 57-year-old Tottenham manager was sacked by United in December 2018 off the back of a 3-1 Premier League defeat to Jurgen Klopp’s Liverpool at Anfield.