Jose Mourinho laid bare Gareth Bale’s recent sick-note attitude because he was angry at the Tottenham attacker’s Instagram post on Tuesday. The Wales international captioned an image of himself in action at the training ground by writing “good session today” – just as the rest of the squad were flying up to Merseyside without him.

The Tottenham manager was said to be incensed that it was looking as though he had made the decision to leave behind a player who had declared himself fit to play.

And he is fed up with being made to look the bad guy.

Instead, he revealed Bale had asked for a scan on a muscle injury on Monday and then declared himself unavailable for the 5-4 FA Cup defeat to Everton.

“I was informed his desire would be to work with the sports science for a couple of days to strengthen that area where he was not feeling comfortable,” Mourinho clarified after the game.

Worryingly, Bale appears to be regressing to his old Tottenham ways by pulling up in training with minor injuries. 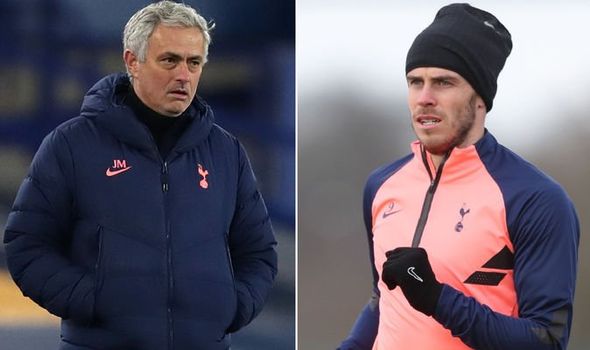 “He was always getting a little knock in training, too,” Redknapp said. “He’d go down then limp off, and I always thought the physios made too much fuss of him.

“It was the same pattern every morning: Gareth would tumble and stay there, and they’d all go running over. In the end I told them just to leave him alone.”

The acid test of Bale’s true fitness will come next month when he is expected to be called up for three internationals with his beloved Wales – World Cup qualifiers against Belgium and Czech Republic sandwiching a friendly against Mexico.

This season, he has been involved in two goals, both assists, in four internationals working out at a goal involvement every 144 minutes. He has produced a shot every 9 minutes and a pass success rate of 81 per cent. 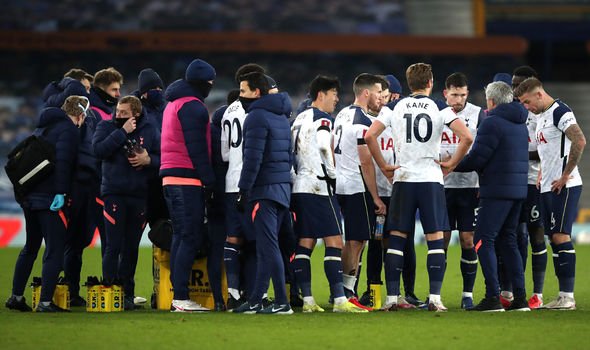 By contrast, for Spurs in the Premier League and Europa League, those main figures double.

He has managed a goal involvement every 361 minutes and a shot every 20 minutes. At the same time, Bale’s pass success rate drops to 78 per cent.

Mourinho will be intrigued to see which Bale turns out for Ryan Giggs next month.

The Portuguese coach has meanwhile told his Tottenham players that a top-four place is not beyond them as the fixture list has been stacked against them so far this season.

With results not going to plan, the ‘Special One’ has turned to the foibles of the fixture computer to convince his squad that they are doing better than it appears at first glance.

He has told them it is because they have had to play harder games than their rivals.

Spurs travel to Manchester City this weekend, but after that they have only got two more clashes against ‘Big Six’ rivals – Arsenal at the Emirates and Manchester United at White Hart Lane.

Tottenham: Is Jose Mourinho the right fit for club? 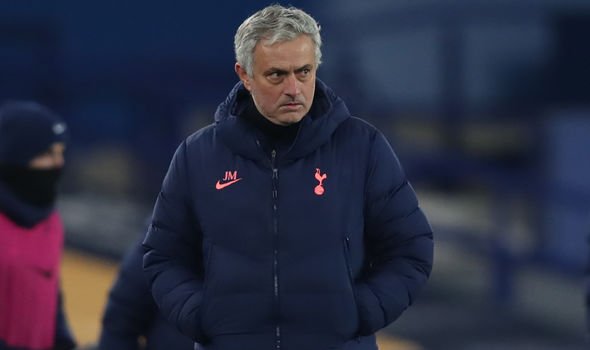 By contrast, clubs currently challenging them for European positions such as Leicester, West Ham and Everton all have five more games against the top sides to go.

Mourinho is under pressure to deliver Champions League football for chairman Daniel Levy and although he has a back-door route available by winning the Europa League, he remains confident that Spurs can still climb from their current position of eighth.

Defeat in the FA Cup at Everton on Wednesday ended Tottenham’s interest in all four competitions but may have freed up a date for them to play two outstanding fixtures against Fulham and Aston Villa which were looking hard to reschedule in an increasingly congested calendar.

Mourinho knows that beating City in the Carabao Cup final in April would tick one box by bringing the club the silverware it craved since last winning the same competition in 2008.

But failure to bring elite European football back to the club’s magnificent new stadium when fans hopefully return next season would put huge pressure on his position.

BIG SIX CLASHES AFTER THIS WEEKEND