Jose Mourinho has shared several messages he received from his former Tottenham players following his sacking on Monday. Daniel Levy gave Mourinho the boot amid the European Super League storm earlier this week with Spurs sitting in seventh place in the Premier League.

The Portuguese had won just one of his last five games domestically, while also being knocked out of the Europa League by Dinamo Zagreb.

But with the Carabao Cup final just a matter of days away, the Spurs board decided now was the time to shake things up in the dugout.

Mourinho has been relatively quiet on the matter, with his only reaction being a seemingly light-hearted video on Instagram of the press following him on the streets of London.

The 58-year-old was interviewed by Sky Sports, but didn’t seem to be in the mood to talk about his sacking.

But the former Chelsea and Manchester United boss has shared 10 separate messages he received on his Instagram story. 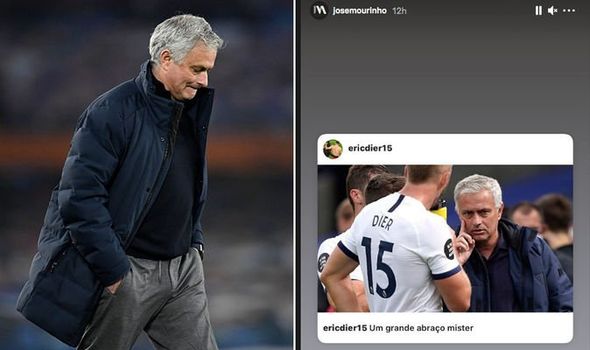 Spurs captain Harry Kane was one of the first to reach out to the sacked Mourinho.

Alongside a picture of them both, he shared: “Thank you for everything Boss. A pleasure to have worked together. I wish you all the best for your next chapter.”

Forward partner Son Heung-min appeared to be even more devastated by the news though.

“I have no words to describe how I’m feeling, it’s been a pleasure to work with you,” he put. 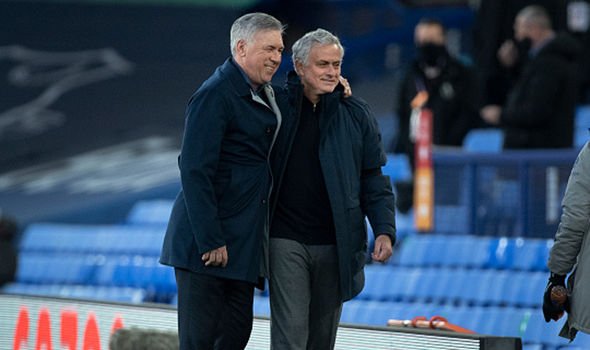 “I’m sorry things didn’t work out and truly grateful for the time we’ve had together. Good luck and all the best for the future

Meanwhile, Mourinho signing Pierre-Emile Hojbjerg wrote: “Thank you Mister, it was a great honour. I wish you all the best.”

Lucas Moura shared a message in Portuguese thanking Mourinho’s coaching staff for helping his development as a player.

Eric Dier also sent his thanks in Portuguese, while left-back Ben Davies said: It’s been an honour to work with you Boss. Wish you all the best.

He wrote: “I will forever be grateful that you brought me into the first team and believed in me enough to give me my Tottenham debut. Thank you for everything and good luck for the future.”

While youngsters Marcel Lavinier and Malachi Walcott similarly followed suit, while wishing Mourinho the best in the future.