Home » Soccer » Jose Mourinho slams ANOTHER reporter: 'you are not intelligent at all'

Jose Mourinho took aim at another Italian journalist during an interview as Roma manager, branding one reporter as ‘not intelligent’ when asked about his time at the club.

The iconic Portuguese coach has been his usual controversial self in the Italian capital, with his first six months at the Stadio Olimpico seeing him do his trademark runs down the touchline in celebration, publicly crticising his fringe players and taunting rival supporters.

Mourinho had a row with Norwegian reporter Jan Age Fjortoft after Roma’s Europa Conference League draw at home to Bodo/Glimt on Thursday night and had another bickering session with Italian journalist Maro Juric ahead of Sunday’s trip to Venezia. 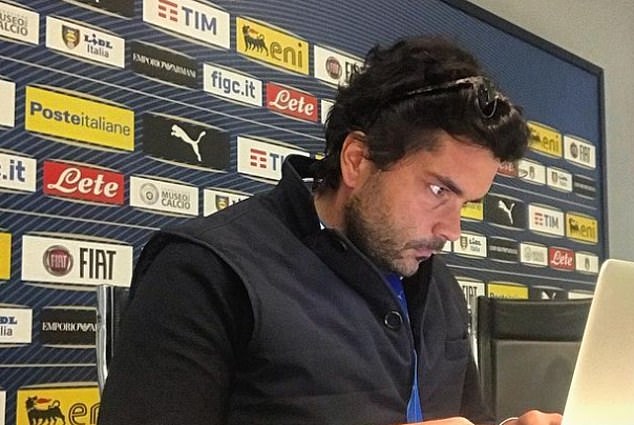 The Portuguese coach then got up to leave his press conference, ending his meeting with the press on a sour note.

Mourinho’s latest outbursts came just days after his rant after the Bodo/Glimt draw, which saw the Portuguese manager furious that his side were not awarded two penalties in the Stadio Olimpico clash. 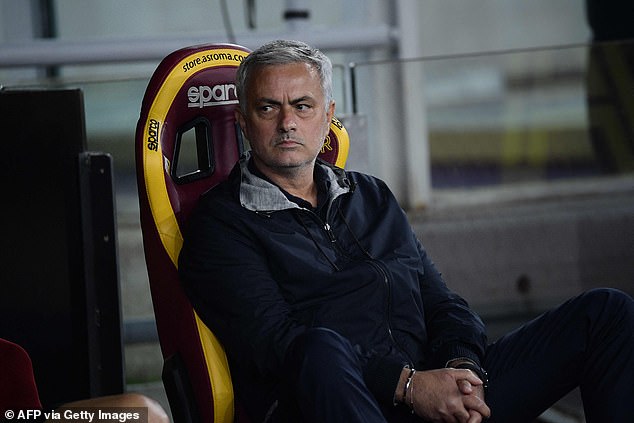 The 58-year-old was speaking to former Swindon and Middlesbrough star Fjortoft after the European clash and was rather tetchy with the reporter regarding his answers.

‘Look, the referee has to explain but they don’t speak,’ Mourinho said when asked to explain his feelings on the game.

And when Mourinho was asked what the referee did wrong, he said: ‘Did you watch the game?”

‘Yes, of course,’ Fjortoft replied, ‘but I want it from you. What did you see from your point of view?’ 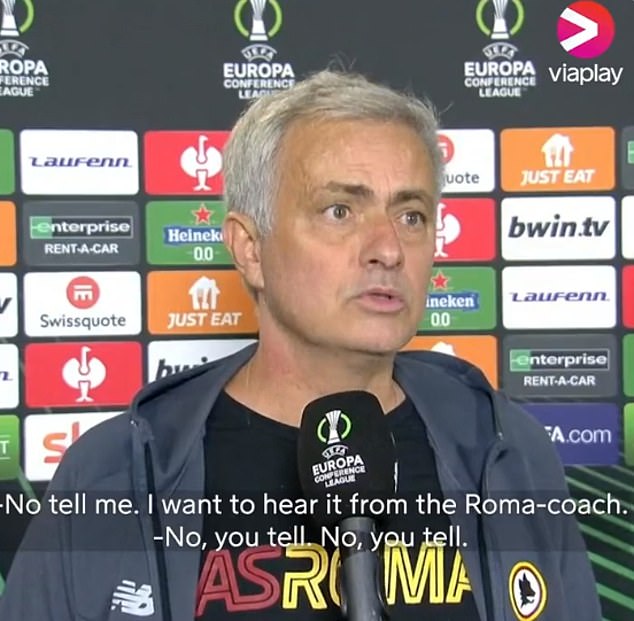 This week, Mourinho clashed with a reporter when quizzed about Roma’s draw to Bodo/Glimt

Mourinho continued to turn the interview around onto the reporter, but Fjortoft insisted; ‘I want to hear the from the Roma coach.’

The Special One has struggled for form with Roma, with the Giallorossi picking up just one win in his last six games under Mourinho’s stewardship.

That form leaves Roma in fifth-place going into Sunday’s clash against minnows Venezia, though they can reclaim a spot in the top four should they pick up three points.

Mourinho’s men, meanwhile, are in second place in the Europa Conference League group with seven points, one ahead of Zorya Luhansk in third and one behind Bodo/Glimt, who the Italian side lost to 6-1 in the other leg last month.