Diogo Jota has claimed his Liverpool team-mate Mohamed Salah is reaching a similar standard of level as Cristiano Ronaldo after his electrifying start to the season.

Salah has so far scored 15 goals in 14 appearances for Liverpool, prompting many to label the Egypt international as the best in the world on current form.

And Jota is well placed to gauge Salah’s ability compared to the likes of Ronaldo, having played alongside him on the international stage with Portugal. 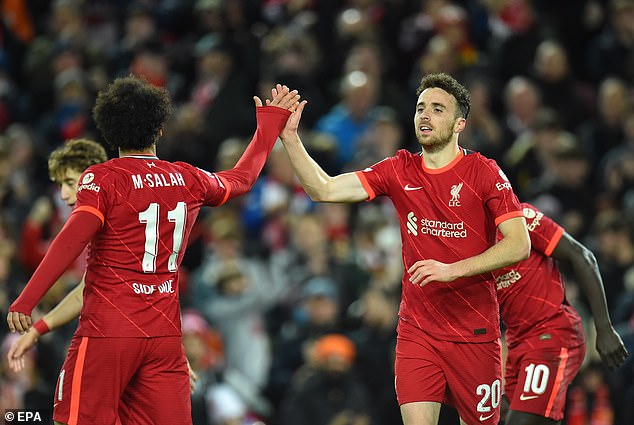 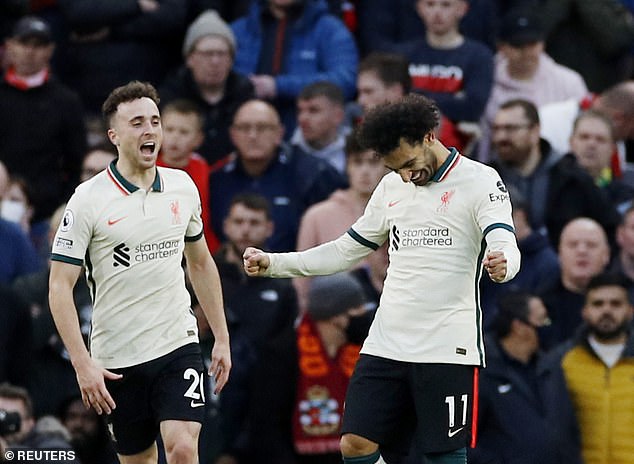 Speaking to Sky Sports, Jota said: ‘He is scoring goals for fun. Great goals, individual goals, and for us this is helpful because we have someone on the field who can decide the game, and for the opponents they know they need to be careful and we can then take the spaces that they leave because they are too worried about him.

‘I had that first feeling when I played for the national team with Ronaldo and I think I can put him (Salah) up there to the same standards, though Ronaldo has been doing it for a very long time.

‘When they are on the field they are dangerous and can score at any time. And for me that is very useful as I can watch and learn from them.’

Jota himself will be eyeing up an extended run of first-team action for Liverpool, starting with Sunday’s clash against West Ham, after Roberto Firmino’s hamstring injury. 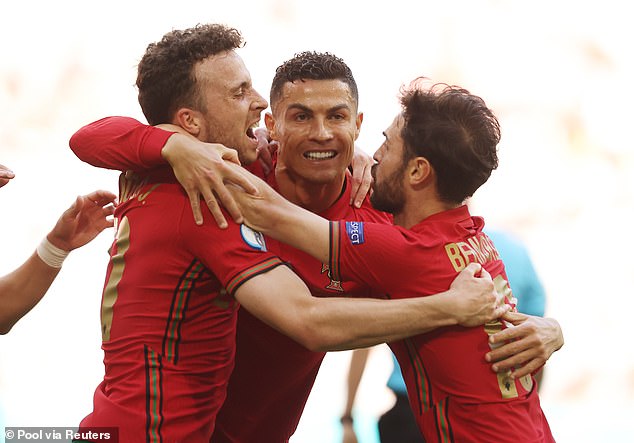 Jota has drawn parallels with Salah and his Portugal team-mate, Cristiano Ronaldo

Firmino went off injured in the midweek victory over Atletico Madrid and Jurgen Klopp revealed on Friday that the Brazilian will be out for more than four weeks.

The 24-year-old Jota has scored five goals in 13 appearances for Liverpool in all competitions in the 2020-21 season.

Should Liverpool beat high-flying West Ham on Sunday, they will move second in the Premier League and a point behind leaders Chelsea.