Jude Bellingham has been pictured training with his new Borussia Dortmund team-mates for the first time since sealing his £25million switch to the Bundesliga side this summer.

The 17-year-old sensation joined Dortmund last month after a prolonged battle between the German club and Manchester United for the Birmingham City hotshot.

Bellingham’s switch to BVB makes him the world’s most expensive 17-year-old, and on Monday he was spotted running out with his new team-mates for the first time since joining the club. 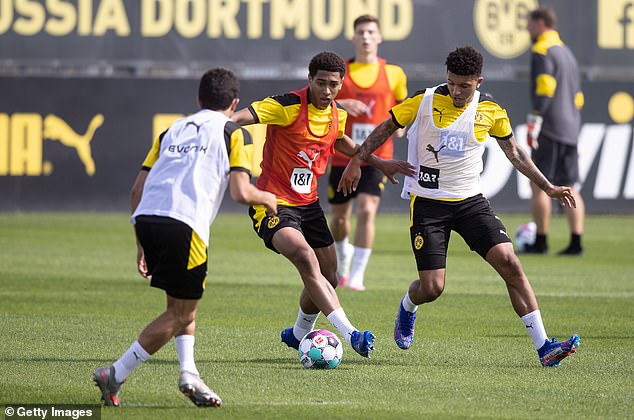 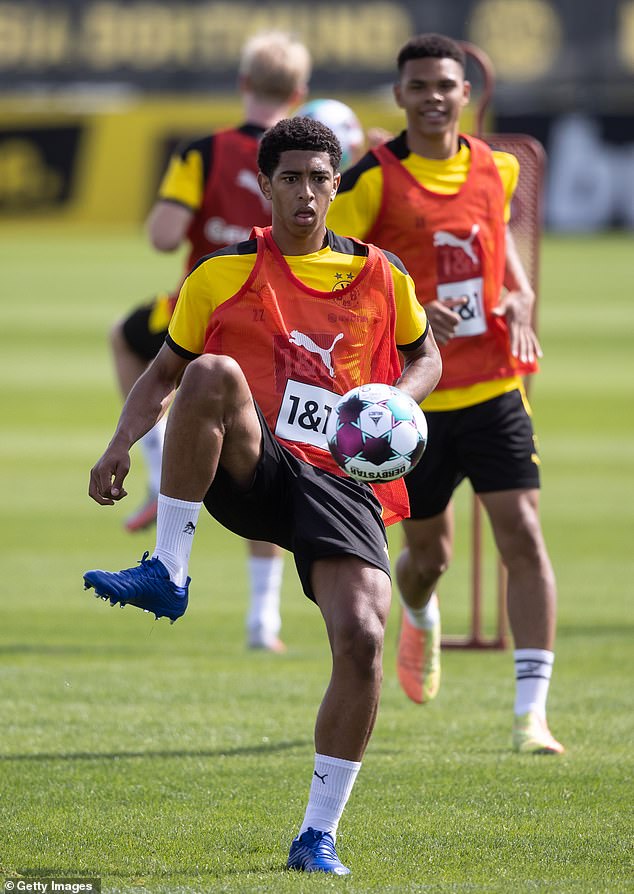 Despite the change of country at such a young age, Bellingham has a familiar face in countryman Jadon Sancho to help him get used to life in Germany.

And the pair were seen playing on opposite teams during an intense training session at the Dortmund Brackel Training Ground.

The Englishmen battled for possession of the ball on a number of occasions as Bellingham looked to make an impression on his new team-mates and manager, Lucien Favre.

Borussia Dortmund stars certainly rolled out the red carpet for the club’s new arrival, as they performed a rendition of The Beatles’ Hey Jude for the incoming midfielder. 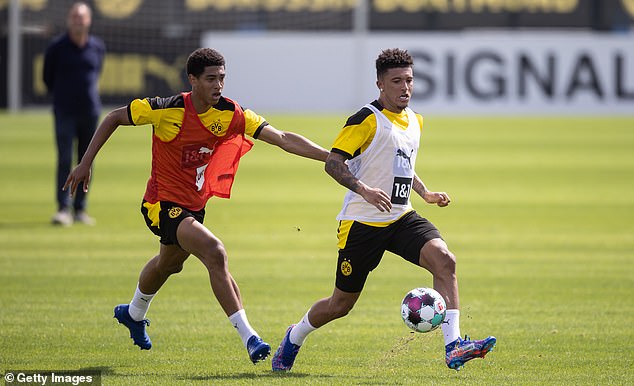 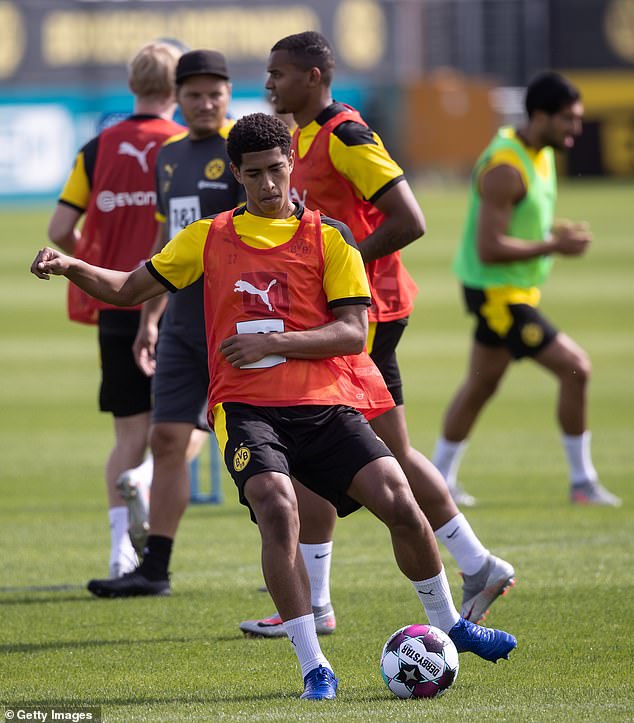 It is believed Bellingham will earn £52,000 a week after penning the bumper contract – a substantial increase from the £145 weekly pay packet he has been collecting as part of his schoolboy terms at Birmingham.

His snub of United came as a blow to Ole Gunnar Solskjaer and the club, with the United boss eager to add to his group of promising young British talents with one of the country’s top prospects.

However, Bellingham saw the opportunities to develop afforded to the likes of Sancho and Erling Haaland as the deciding factor in choosing Dortmund over the Old Trafford club.

‘I’m incredibly excited to have joined one of the biggest clubs in Europe,’ Bellingham said on his arrival.

‘The direction they are heading in and how much they help young players improve made it an easy decision for me personally and my family.’