‘He told me he loved me’: Jules Kounde reveals phone call with Pep Guardiola in 2019 and admits he came close to joining Man City… before deciding to stay at Sevilla for three seasons and ultimately turning down Chelsea to secure £46m move to Barcelona

Barcelona defender Jules Kounde revealed that he almost ended up at Manchester City, after a phone call from Pep Guardiola in 2019.

The French defender, who was heavily linked with a move to Chelsea before ultimately joining Barcelona for £46million this summer, admitted he could have ended up in City blue before deciding to stay at Sevilla for three more seasons.

Guardiola never ended up signing a first-team centre-back in the summer of 2019, instead promoting Eric Garcia – also now at Barcelona – to the senior squad in pursuit of cover for Aymeric Laporte, Vincent Kompany and John Stones. 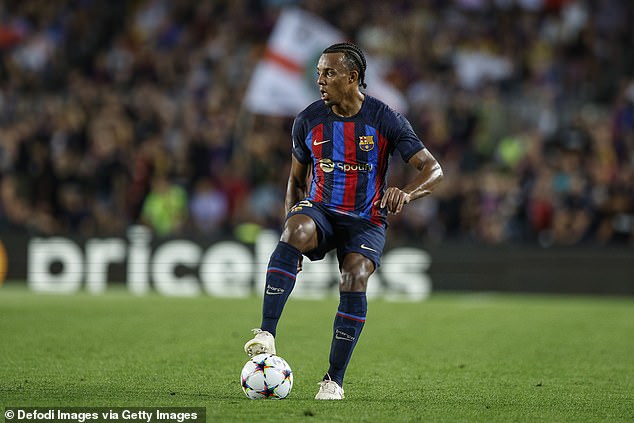 When asked about Guardiola’s interest, Kounde told Spanish outlet El Pais: ‘Yes, in my first year at Sevilla. He called me.

‘He told me that he loved me and that he thought I would fit the way he played.

‘At a certain point, yes; I talked a lot about football with both of them. And that’s what I like.

‘The first thing, in the conversations I had with them, I realised that they had both seen me play. 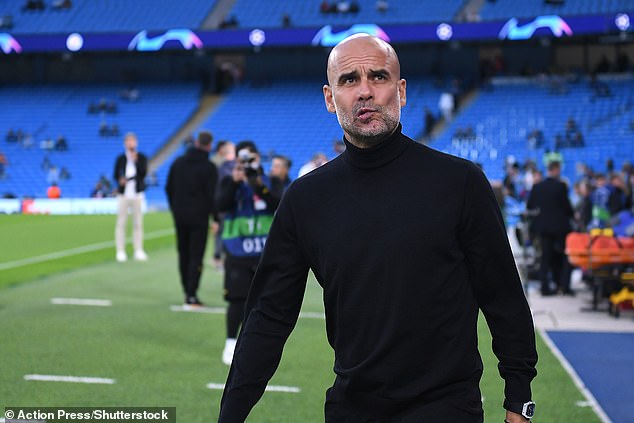 ‘They knew my capabilities perfectly. They didn’t talk just to talk. They were very precise conversations.’

The Sanpedor coach’s admiration of the young defender was evidently shared by his latest successor at Barcelona – and former player – Xavi, who took charge of a Blaugrana side well off the pace in LaLiga and crippled by financial mishandling.

Kounde joined Barca this summer after a long drawn-out pursuit that saw them beat Chelsea to his signature as the French international ended his stay at Sevilla that saw him score nine goals in 133 games, winning the 2020 Europa League.

Barca are unbeaten in LaLiga this season, with four wins and a draw from their first fave games as Xavi’s side sit just a point behind Real Madrid, scoring 15 goals and conceded just once. 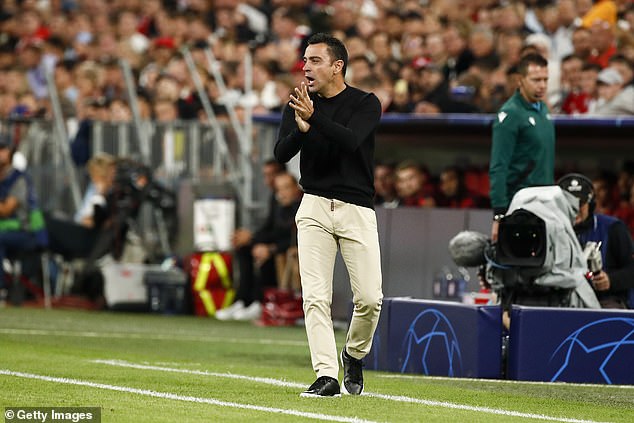 Xavi shared his former manager’s admiration for the player, who he signed for £46million

And Barca sporting director Jordi Cruyff has already hailed the club’s new signings for rejecting offers from clubs that were able offer them more money, with Kounde having turned down the chance to join heavyweights Chelsea.

Cruyff said: ‘You can see the pride in the eyes of the players when they get a chance to sign for Barcelona and that has helped a lot, being able to compete with clubs with bigger budgets and better salaries.

‘They wanted to sign for Barcelona and we are very grateful for these players because, believe me, they had better offers than us.

‘And still they chose to follow their dream to be part of the history. When you see the eyes shining in these players you know you are in a special place.’ 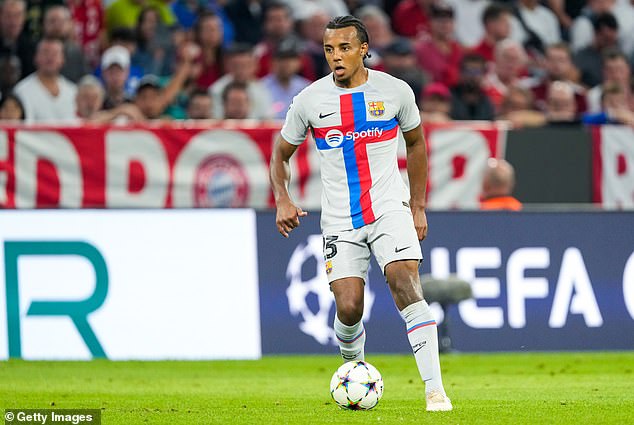 Kounde, 23, was a primary target for Chelsea before signing for the Catalan giants