Home » Soccer » Julian Nagelsmann to Tottenham? Antidote to Jose Mourinho can connect with the current generation of players

Replacing a two-time Champions League winner, a three-time Premier League-winning coach, with a man whose only silverware so far has come with Hoffenheim U19s, would seem, on the face of it, a faddish appointment. It might also be the smartest move that Daniel Levy and Tottenham could possibly make.

Jose Mourinho himself would once have understood the logic of it instinctively. It is not about what you have done in the past, it is about what you are going to do next. Julian Nagelsmann, mini Mourinho as he was once famously labelled, promises much more.

During the course of his last couple of jobs, Mourinho has appeared to talk himself into obsolescence, his thoughts on the modern player veering between ambivalence and disdain. It was tantamount to an admission that he could no longer motivate the current generation.

At 33, Nagelsmann is almost of that generation. His youth is an asset. A charismatic communicator, he has shown himself able to inspire, while displaying an emotional maturity that belies his inexperience. He can connect with players. He understands them.

Having taken Hoffenheim from the relegation zone to the top four while embracing that club’s instinct for innovation, Nagelsmann showed his versatility by translating that success to RB Leipzig as well. They have usurped Dortmund as Bayern Munich’s closest rivals.

The feeling persists that Hansi Flick’s impending departure from Bayern will likely allow Nagelsmann to take his next step within the Bundesliga. But Spurs must explore the option. After the retrograde step of turning to Mourinho, this would be the progressive choice.

So what is the Nagelsmann way? He is not above a few tricks to jolt players out of their comfort zone. Speaking to United States international Tyler Adams earlier this season, he admitted to being thrown by not knowing the starting line-up until just before kick-off.

“When I first found out that we would not be getting the line up until 30 minutes before the game, I was like, ‘What is happening here? This is ridiculous,” he told Sky Sports.

“I want to be able to prepare mentally. But now I am at a point where you are at peace with it. You realise that you have to work hard throughout the week leading up to that 30-minute mark just before kick-off. You stay tuned in to the details.

“I think that has created a very good team spirit because everybody is supporting each other now and when we get that team line-up on the board, of course you are going to be disappointed if you’re not playing, but you are supporting the player who is playing.

“You have to do that in order to create a successful team.” 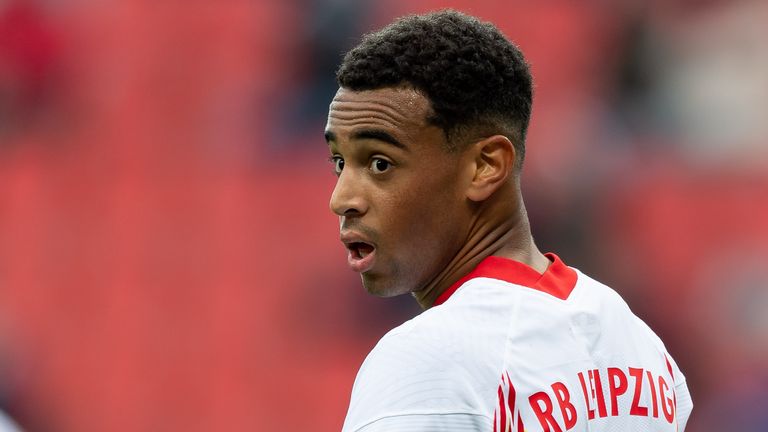 While that might seem like a cheap stunt – a psychological conceit – Nagelsmann has emerged as a true student of the game with a deep knowledge and a passion for tactics. His exhaustive match preparation in search of that edge has impressed his players.

“His game-plan detail is so specific to what he wants to do,” explained Adams. “Whether it is attacking this specific space or playing a certain pass this way to this player’s foot, on the spot, if we do this exactly, this is going to make us a successful team.

“A lot of the games where we do best in is where we follow the plan best in. From a tactical perspective, his variations to the way we play, he is just very intelligent.”

Nagelsmann has switched between a back three and a back four at Leipzig this season, adjusting his approach to suit the demands of the game. Adams himself has had to adapt between positions, being deployed at right-back and in the centre of midfield.

“In this team now, he has not said it straight out, but you have to be able to play multiple positions. You have to have a flexibility to your game. These multiple roles have really helped me tactically to understand the game at a different level.” 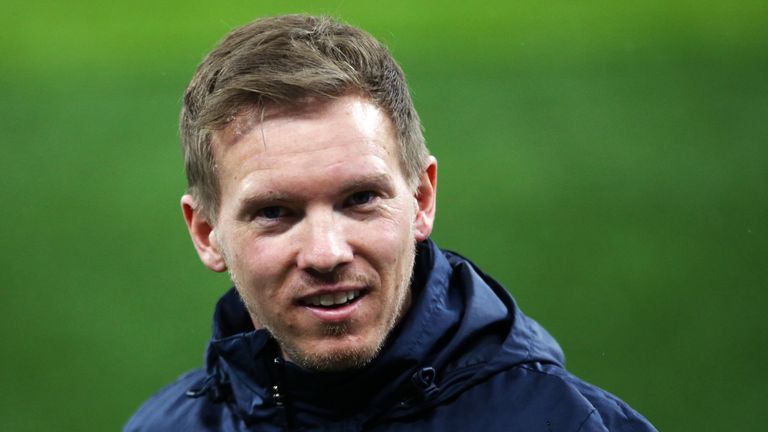 Mourinho, of course, is noted for his tactical understanding of the game but his approach is very different. “We do not have the same philosophy,” said Nagelsmann on the eve of eliminating Mourinho’s Spurs from the Champions League. Leipzig won 4-0 on aggregate.

In a sense, the fact that he was chosen by Leipzig at all reflects that key point of difference. Nagelsmann joined the club in 2018 after fielding a call from Real Madrid only to decide that he did not feel ready to pursue that opportunity. He is fluent in English not Spanish.

But that reluctance also owed to the feeling that Leipzig would allow him to play his way. His beliefs aligned with the high pressing instituted within the Red Bull organisation by Ralf Rangnick. Nagelsmann has evolved the idea, making it more complete.

“Under Julian, we play a variation of the idea and the philosophy that we once had. We don’t lose the defensive side of our game, the quick transition, the pressing moments, that side of things, but with the ball we are a much stronger team. We can possess the ball in difficult moments, we can pass our way out of certain situations.

“That is where Julian’s tactical ideas really come into play because he wants us to be brave on the ball and to take risks in certain situations. He knows that sometimes it is not going to pay off and we might not succeed but he is not afraid of us making mistakes.

“He trusts in our abilities.”

That trust was something Mourinho lacked and lost. It is a trust sorely needed at Tottenham as they look to correct course and rediscover the vibrant team that captured the imagination under another forward-thinking coach in Mauricio Pochettino.

Daniel Levy had long wanted Mourinho. He found him far too late. The man dubbed mini Mourinho would be more timely but he is very different to the departing coach. No matter. Continuity is not what is needed. Julian Nagelsmann might be just what is required at Spurs.