Jurgen Klopp has explained that Darwin Nunez and Trent Alexander-Arnold were not fit enough to start against Chelsea with both having recently recovered from injuries.

Both players were named on the bench ahead of Saturday’s kick-off at Anfield.

Nunez was forced to miss the contests away at Brighton & Hove Albion and Wolverhampton Wanderers due to a hamstring problem. 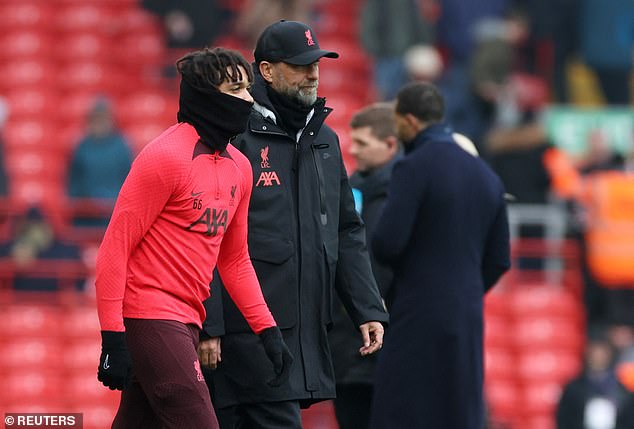 Alexander-Arnold, meanwhile, has been managing a small muscle injury and had only returned to training on Friday, Klopp revealed

‘Trent came back to train yesterday, Darwin had one, two-and-a-half days in training but midfield is always midfield,’ Klopp said speaking to BT Sport prior to kick-off.

If you’re too open in general in midfield nobody can close the gaps. Usually, we were not compact enough and that starts with the front three, if the front three are not together it makes life incredibly difficult.

‘In this game, we were really compact, both wingers were there, Cody dropped deep in kind of a ‘Bobby Firmino manner’.

‘All of a sudden, Naby Keita, Thiago – who are not famous for being sprinters – had challenges in areas they are good at, defensively and offensively, connected, we can wins balls, they are outstanding in small spaces we played much better than in the last few matches. 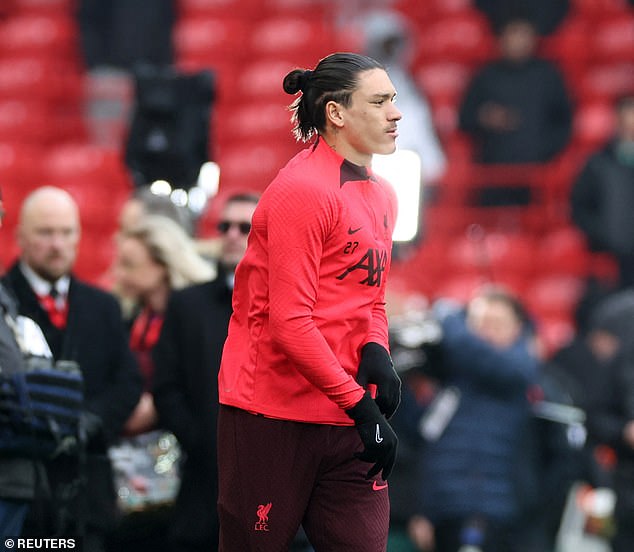 ‘In the last few matches, if we win balls and give it away in the next moment we cannot be compact, we cannot push up in that moment then the spaces are really big. Football is not complicated but to bring 11 players to do the same thing is now not the easiest thing in the world, especially when you’re not full of confidence.

‘That’s why the match against Wolves was super important because it is the blueprint. Everybody who plays now, knows finally, if you don’t defend you cannot play.

‘I liked everything, no it was not a big call, he deserves that. He would’ve played before but he was injured for two games,’ the German added on handing Stefan Bajcetic his first Premier League start.