Jugen Klopp hailed Xherdan Shaqiri’s quality in a deeper role for Liverpool in their 7-2 rout of Lincoln City – hinting it might be a lifeline for his career at Anfield.

The Switzerland international, making his first start since the Club World Cup last December, played further back than usual in the Carabao Cup clash and opened the scoring in the ninth minute with a stunning free-kick.

Shaqiri has managed just 42 appearances in all competitions for the club, with injuries and a loss of form dropping him down the pecking order. 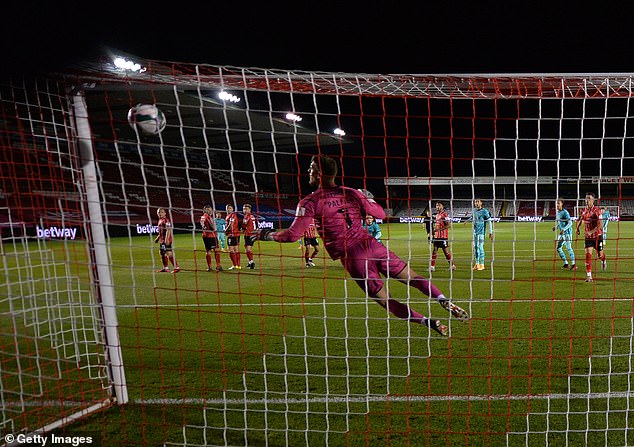 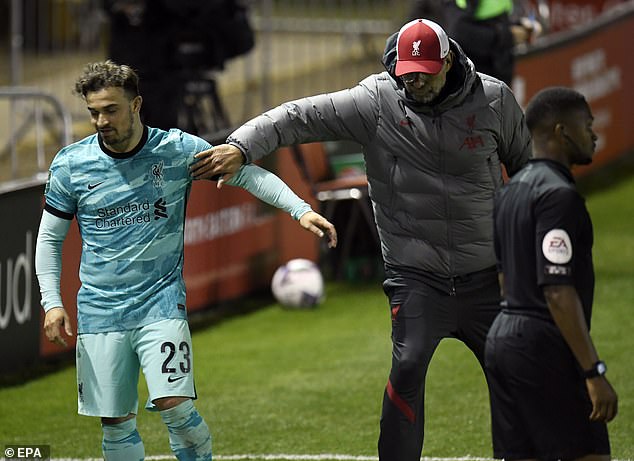 The addition of Thiago to Liverpool’s midfield resources means Shaqiri will find playing time even more difficult to come by. Shaqiri is among those linked with an exit in the transfer window but Klopp suggested the performance could offer him a lifeline.

‘First of all it was a super game; a super game in a quite, I’m not sure, unfamiliar position. He did it really, really well,’ Klopp said.

‘There is no doubt about Shaq’s quality, there was never any doubt and in the moment everything looks really, really good, it looks promising and we will see.’

Klopp also spoke highly of youngster Curtis Jones, who scored twice in the rout of the League One side.

‘There is still space for improvement but everyone knows my opinion of Curtis Jones, he is an exceptional talent and we will have some fun with him I am pretty sure in the future.

‘Both goals were difficult, the second one the first touch was absolutely exceptional between two opponents and then he opens up and sees the opportunity and finishes it off.’ 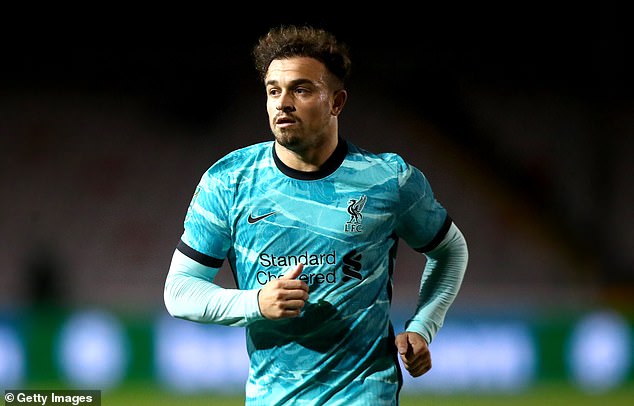 Shaqiri will hope for more game time this season after he thrived in a new, deeper role 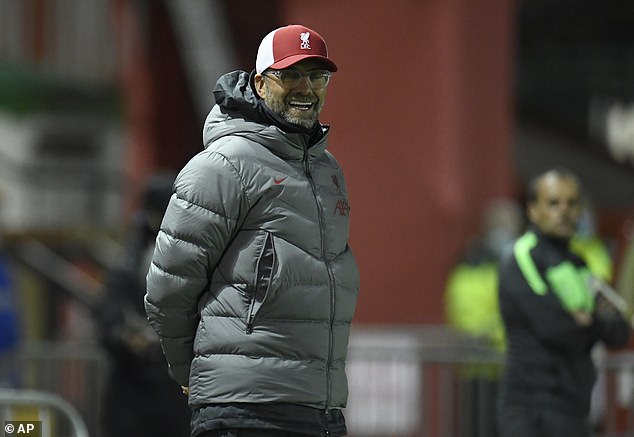 ‘There is no doubt about Shaq’s quality’: Klopp was impressed with what he saw on Thursday