Jurgen Klopp has recalled the game which shaped Trent Alexander-Arnold’s Liverpool career. The full-back was given a torrid time against Marcus Rashford at Old Trafford in March 2018, when Manchester United ran out 2-1 winners.

The Liverpool academy graduate struggled to contend with Rashford’s pace and tendency to cut inside his marker, as the forward netted twice.

It was a roasting that saw many question Alexander-Arnold’s first-team credentials, despite his promising emergence onto the scene.

Now reflecting on the 21-year-old’s rise to stardom, Klopp has recalled the performance and claimed he was to blame for Alexander-Arnold’s struggles that day.

“I know after the United game a lot of people said immediately, that’s how it always is in football, ‘they need a new right-back’ or whatever,” Klopp told the Pure Football Podcast. 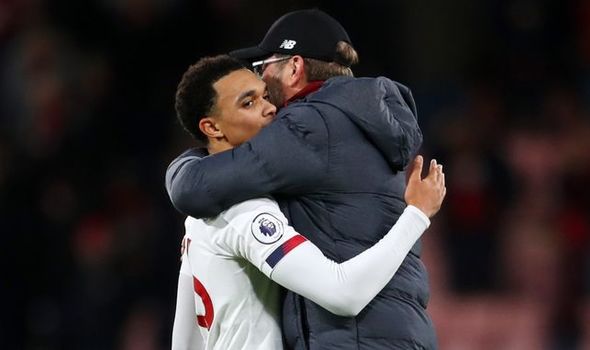 “If he makes mistakes like he made in that game that’s really my fault. Especially these mistakes were my fault.

“He doesn’t know to close the inside in these situations. It is of course my mistake. You can say he knows it but he has to use it as well.

“Especially against Rashford playing on the left wing, it is clear you have to do that but I didn’t tell him again before the game.

“So, I really feel responsible for that.”

It was a rare off day for Alexander-Arnold, who has slowly become an immovable object for Klopp while also reinventing the full-back role.

He is statistically the club’s most creative player, having served up 16 big chances this season in the Premier League.

Alexander-Arnold has been questioned defensively though, with several pundits urging him to improve that side of his game.

Earlier this season, the scouser in Liverpool’s team claimed his afternoon up against Rashford was his toughest ever tests. 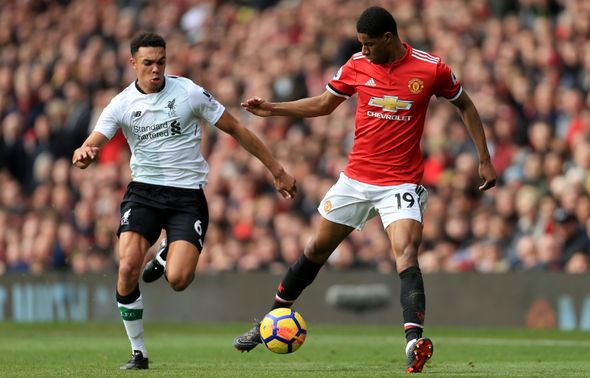 “[That match against United was] the toughest in terms of a direct opponent and someone getting on top of me in professional football. I’d say I underestimated him,” Alexander-Arnold told The Athletic.

“It was a massive learning curve for me. It was something that I hated happening. As a Liverpool player, it’s probably the worst game of the season to perform like that. But when things like that happen you have to learn from them.

“It was a wake-up call. You hate days like that. You don’t want to experience that. You remember how it felt and that makes you try everything you possibly can to ensure you don’t have another one like it.”

Liverpool are just two wins from the Premier League title and should the season be completed, there is a good chance that Alexander-Arnold will also get his hands on the PFA Young Player of the Year award.