Jurgen Klopp demanded Frank Lampard to “calm down” repeatedly on the touchline at Anfield after the Chelsea head coach’s rant at the Liverpool bench.

The German was forced to intervene after Lampard’s expletive-laden bust-up with Reds assistant Pep Lijnders.

The argument appeared to stem from the decision to award a foul for Mateo Kovacic’s challenge on Sadio Mane. Lampard could be heard saying, “it’s not a f***ing foul”.

Trent Alexander-Arnold scored from the subsequent free-kick, putting the champions into a 2-0 lead, before the hosts eventually ran out 5-3 winners.

But Lampard was furious on the touchline and could be seen returning to the edge of his dugout area to remonstrate with Lijnders and Klopp. 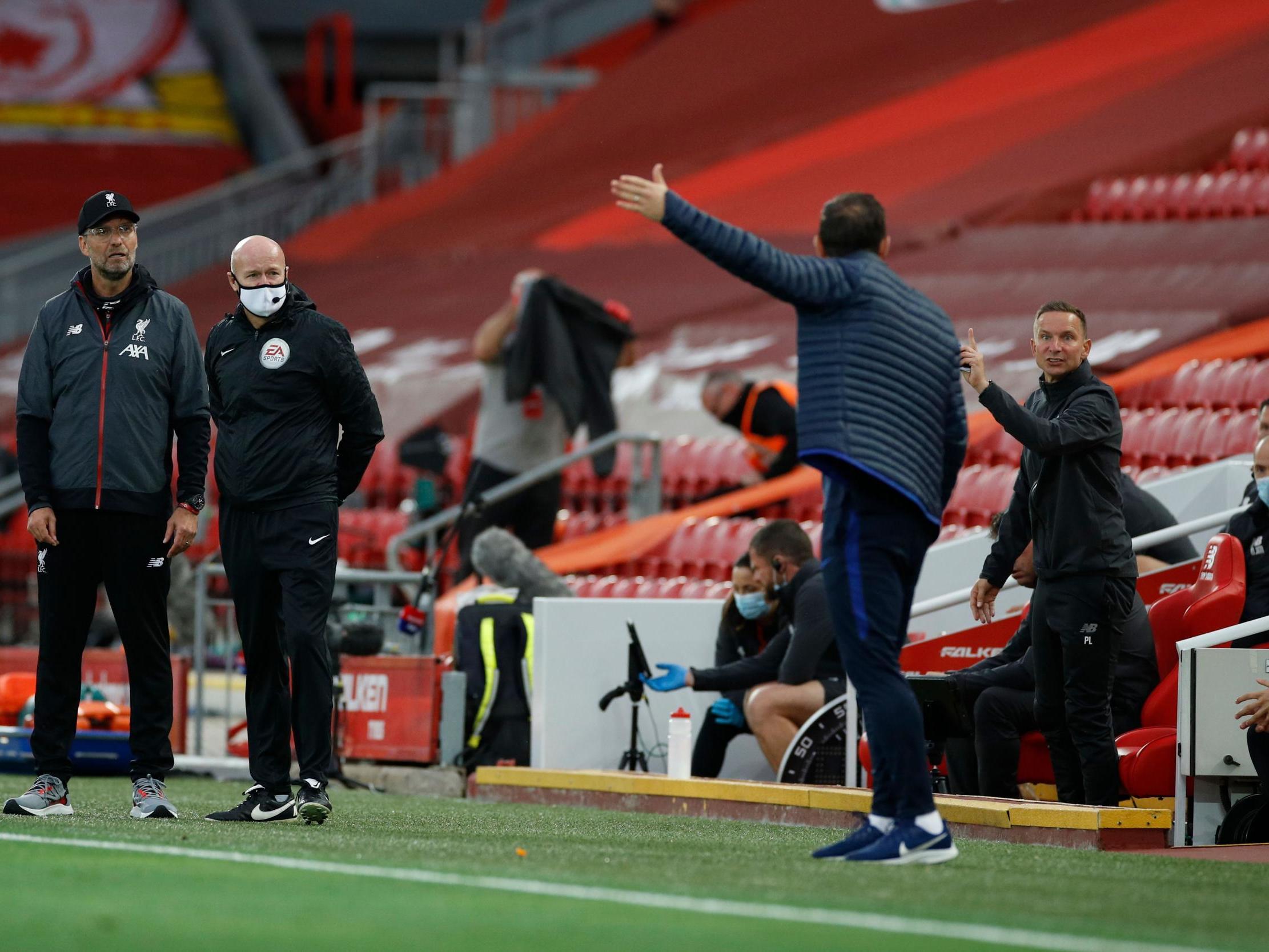 While Lampard explained afterwards that his issue was not with the German.

“For me it wasn’t a foul from Kovacic,” he told Sky Sports. “There were a lot of things that were ongoing and on the bench.

“I’ve got no problem with Jurgen Klopp, he’s managed this team and it’s fantastic. 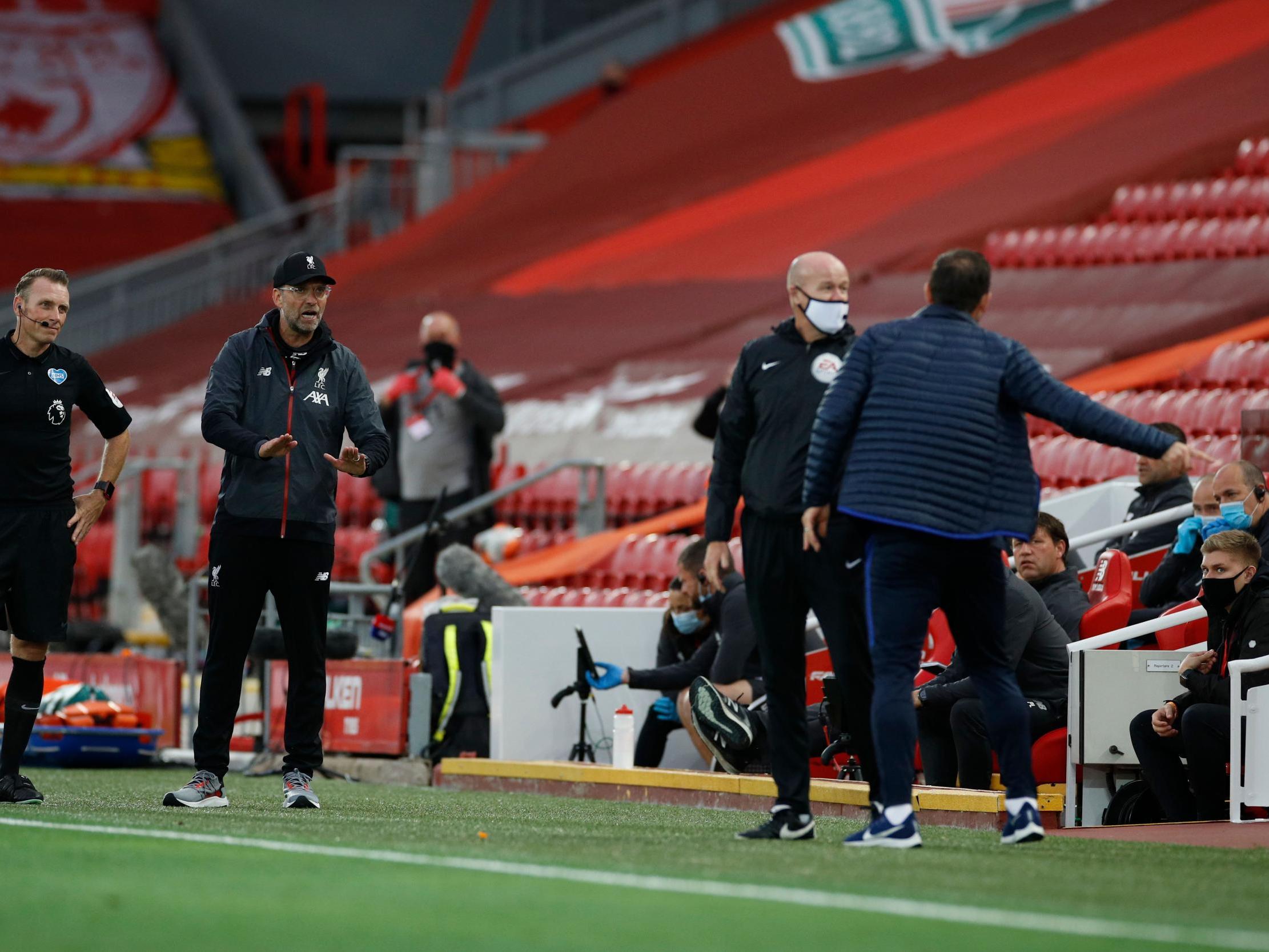 “Some of the bench, it’s a fine line between when you are winning – and they’ve won the league, fair play to Liverpool Football Club – but also don’t get too arrogant with it.

“That was my thing, but [it’s] done. In match play you get emotional and that was it.”

Klopp later likened the situation to a “fight”, while playing down the incident to focus on the performance.

“I can say in the [pre-match] meeting whatever I want I said a lot of stuff today,” Klopp responded.

“It was a free choice. If you want to win you have to work hard. You don’t care? You don’t have to go out because Chelsea is too good and their target is too high for what they do.

“And then going out and playing a game like that I surprised myself to be honest.

“How can you put a shift in like that in a situation like this? I was angry during the game and my plan was not to be angry. I was really…I had a fight with Frank Lampard stuff like this.

“We don’t plan this it’s just we are in the game and 5-3 is a perfect result to be honest.”