Liverpool manager Jurgen Klopp is likely to give his permission to the club to send one of his strikers out on loan if the Reds are successful in their pursuit of RB Leipzig star Timo Werner in the summer transfer window.

The Reds have been heavily linked with Werner, who reportedly has a £51million release clause in his contract.

The 24-year-old is having another fantastic season for Leipzig and so far this campaign he has scored 27 goals in 36 appearances in all competitions.

According to Football Insider, if Liverpool do sign the German international then Klopp would allow Rhian Brewster to go out on loan again.

The 20-year-old is currently on loan at Championship side Swansea until the end of the season and has impressed during his brief spell with the Welsh club.

JUST IN: Premier League and EFL 3pm fixtures set to be shown on TV after UEFA coronavirus decision 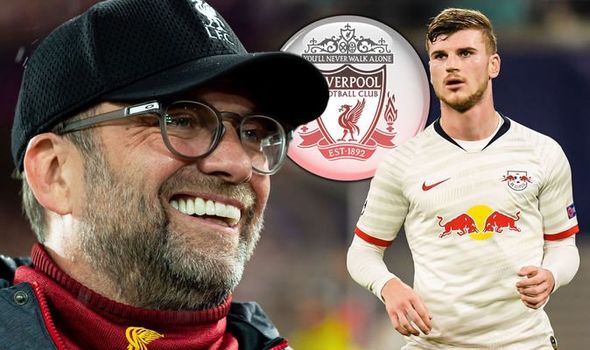 Despite arriving in the January window he has already scored four goals in just 11 league games for the Swans, 10 of which have been starts.

Brewster’s opportunities have been limited for Liverpool, due to the performances of Robert Firmino, Sadio Mane and Mohammed Salah.

If the Reds were to add Werner to their ranks the club feels Brewster’s development would be best served out on loan.

However, following his recent impressive displays, Liverpool are considering offering him to Premier League clubs in the summer, rather than spend more time in the Championship.

Swansea beat Leeds and Aston Villa to the youngster in the January window after they guaranteed Brewster more playing time.

But the report claims Leeds are still interested in the England Under-21 and that the Yorkshire club could return with another attempt if they secure promotion from the Championship.

However, there is still a lot of uncertainty around transfers in general due to the coronavirus pandemic. 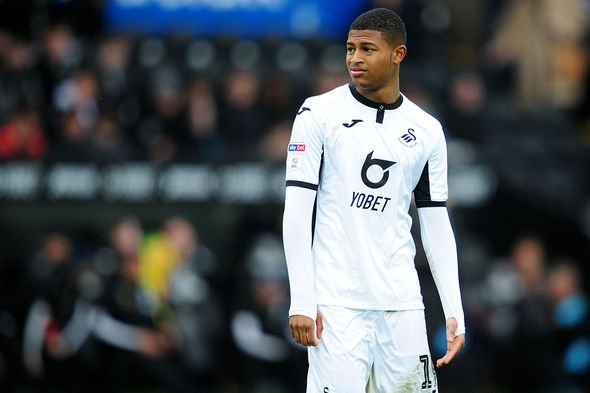 According to the Daily Mail, Liverpool are not actively working on any deals at this time and will only resume their transfer plans once there is more clarity.

This could impact their plans to sign Werner and in turn possibly change the club’s view of how they will use Brewster. So far the promising striker has only made three first-team appearances for the Reds.

The club’s decision to put matters on hold also impacts contract renewals, as Liverpool have several players whose deals expire in the summer of 2021.

This includes first-team midfielder Gini Wijnaldum and centre-back Dejan Lovren, who could both end up running down their contracts and leaving on a free in the future.