Former Juventus striker Christian Vieri has leapt to the defence of boss Andrea Pirlo, believing the club can still win everything in sight this season as they have Cristiano Ronaldo in their ranks.

Pirlo’s first season as a manager has come under scrutiny as Juve look in danger of losing their grip at the top of Italian football.

The Turin outfit sit fourth in Serie A on 39 points, seven adrift of table-toppers AC Milan – although they have a game in hand. 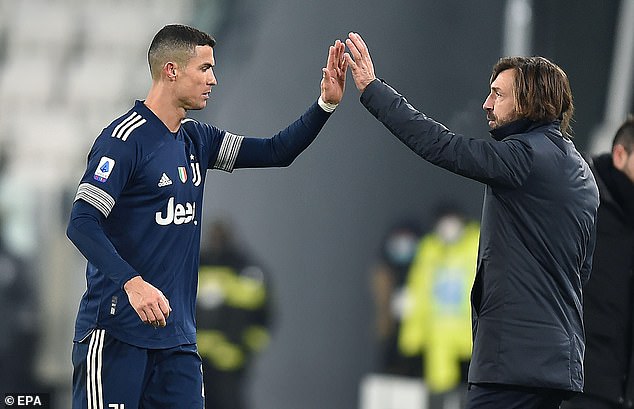 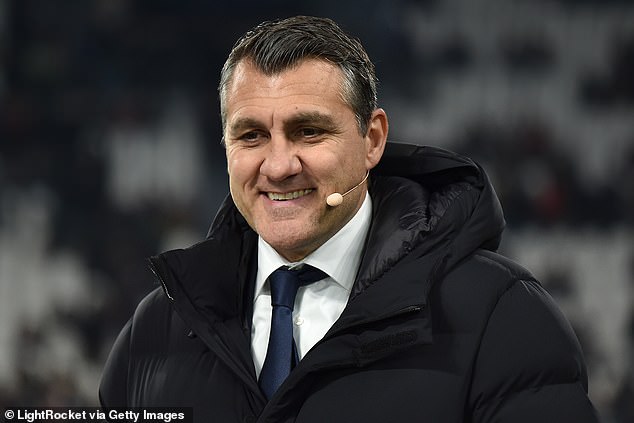 Juventus have won Italy’s top flight for nine successive seasons and Vieri, who played alongside Pirlo at AC Milan and Italy, believes it’s too soon to write them off in making it 10 in a row.

The 47-year-old insists Pirlo can still continue the Italian giants’ dominance as they always have the advantage of five-time Ballon d’Or winner Ronaldo to call upon.

‘Listen, Juventus can win anything every year. They have a fantastic side,’ he told Stats Perform News.

‘When you have Cristiano Ronaldo with you, you always start 1-0.

‘Pirlo is a fun guy. He is the opposite of what everyone sees. He is a fun dude, he takes the p*** out of you the whole day. 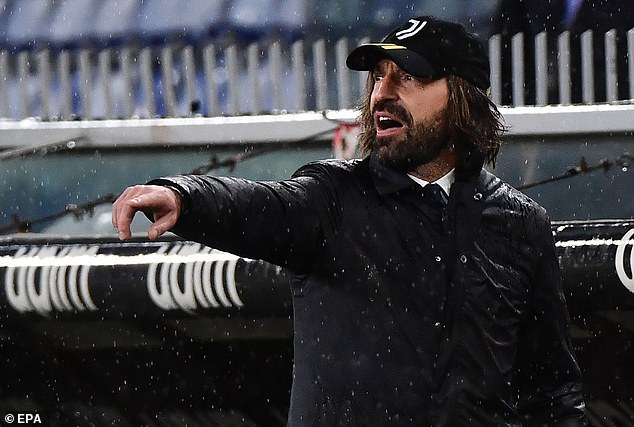 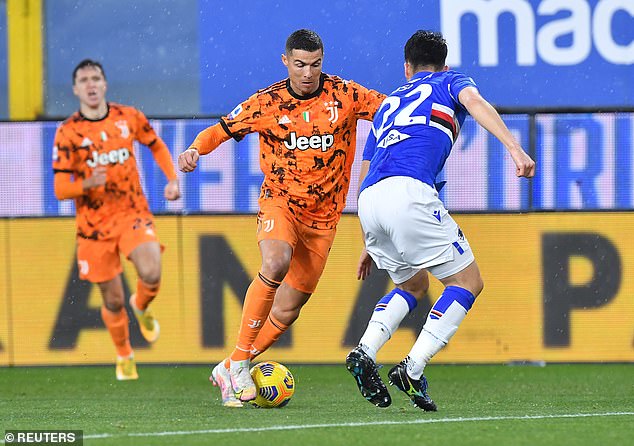 However, Vieri believes with Ronaldo in their team Juventus always start the game ‘1-0’ ahead

‘Of course, everyone is different on TV, right? He is calmer. You never see him go crazy. He is the opposite of [Antonio] Conte. You see Conte, it’s like he is playing.

‘It’s his first experience. He is having a good time. He won a trophy already. You win games and lose games, it’s part of coaching. Maybe lose more games than win, some coaches do that. But he is happy coaching, that’s what he wanted to do.

‘He has an amazing team. He can win everything this season. Let’s see what happens. Nine years in a row winning the Scudetto, of course, sooner or later you will lose it because motivation-wise, you can’t have that motivation every year.’

Despite questions over Pirlo; Juve are still in the title race, are in the Champions League last-16 and semi-finals of the Coppa Italia. They also won the Italian Super Cup last month too, beating Napoli 2-0. 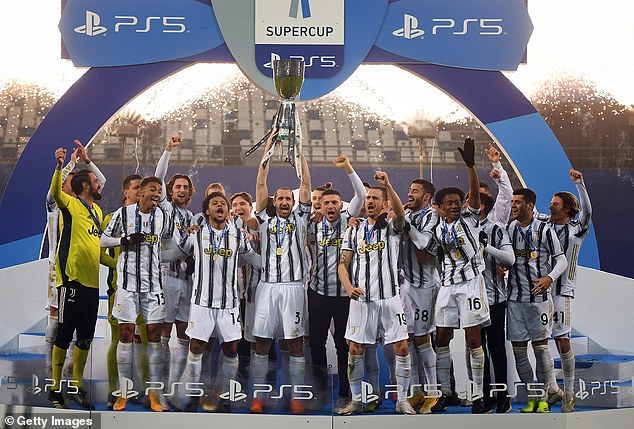