With doubts over Alvaro Morata’s future, Juventus are planning ahead… Memphis Depay can walk out of Lyon for nothing this summer, Arkadiusz Milik is a wanted man (and they dream of partnering Erling Haaland with Cristiano Ronaldo!)

Alvaro Morata’s future at Juventus is in the balance and a decision on whether or not to extend his loan deal will not be made until the end of the season.

Morata returned to Turin last summer on loan from Atletico Madrid and while he is their second-highest top scorer this season, a decision on his future is far from finalised.

One option is another loan deal for around €10million (£8.5m) with a permanent deal, closer to £41m, seen as too expensive given mounting losses at the club. 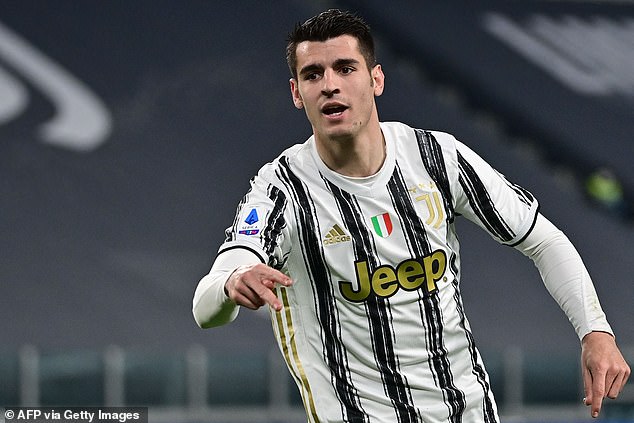 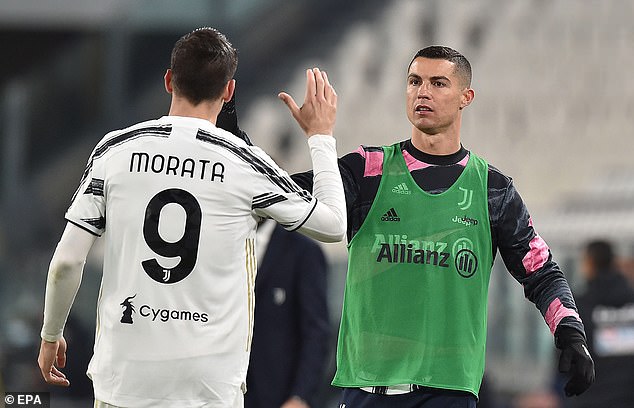 The 28-year-old has netted 16 goals this season from 33 games across all competitions and has been a key part of Andrea Pirlo’s attack.

But another disastrous exit in the Champions League has seen every player’s future brought into sharp focus and Juventus do hold a number of striking targets should they pass up the chance to retain Morata.

Sporting director Fabio Paratici has been tasked with scouring the market for the top tier targets.

The first is Lyon’s Memphis Depay, the player who helped eliminate Juventus from the Champions League in Turin last season. 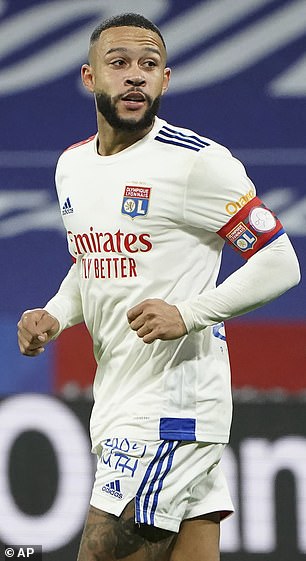 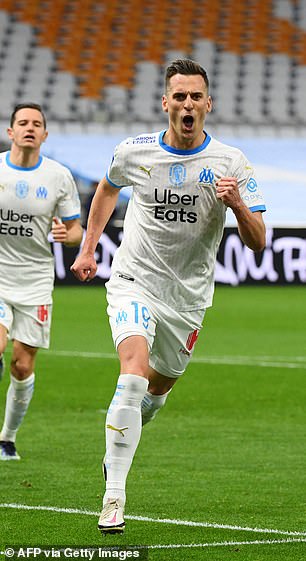 Two targets in France are Memphis Depay (left), as he is out of contract at Lyon in the summer, and Arkadiusz Milik (right) at Marseille, a long-time target of Juventus from his days at Napoli

The Dutchman will be a free agent this summer and he is viewed behind the scenes at Juventus as a player with the personality and technical skill-set to play as either the primary or secondary striker.

Juventus’ current system has seen two in attack with Cristiano Ronaldo the focal point that Morata, Dejan Kulusevski or Federico Chiesa plays off. Depay could play that role with aplomb.

Much will depend on whether Lyon can convince Depay to renew.

Lyon president Jean-Michel Aulas said on Thursday: ‘For Memphis, I dream that he accepts our proposal, which is still relevant.

‘He brings so much, he has been directly involved in 23 league goals this season. The offer will stay there and, if we are champions, why not?’

If Lyon fail to convince him, Juventus are very interested in him and would be ready to rival Barcelona for his signature.

An alternative option with greater familiarity of the demands of Serie A would be Arkadiusz Milik. 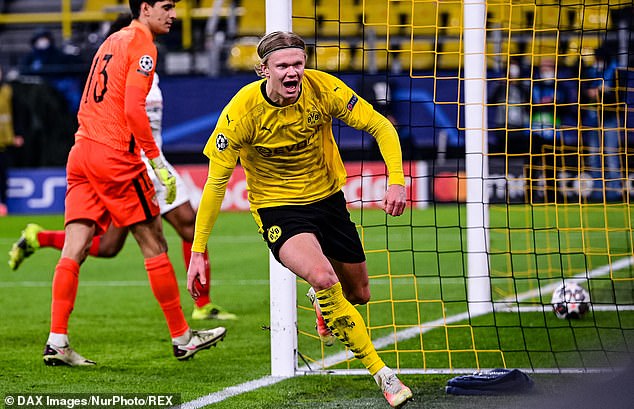 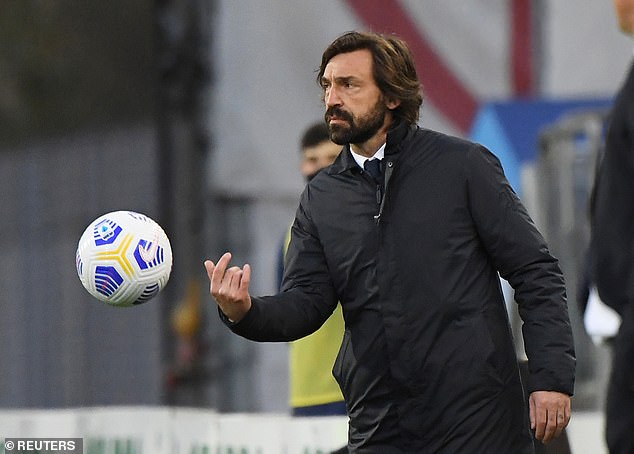 Andrea Pirlo knows he needs an orthodox No 9 and at 20, Haaland could be a franchise player

Milik joined the French side on an 18-month loan from Napoli with an option to buy but he could be moved after six months to return to Italy.

The Polish striker was viewed as a primary target for Juventus before they went for Morata as he is the ideal player stylistically to play alongside Ronaldo.

He scored 48 goals for Napoli and would provide genuine size in attack for a Juventus side that have looked void of a Plan B for much of this campaign.

A salary of less than €5m (£4.3m) is also appealing to Juventus’ hierarchy as they look to significantly reduce a bloated wage bill.

But the big dream of the club is to buy Erling Haaland from Borussia Dortmund.

The Norwegian is one of the most in-demand players in world football right now and has a release clause of £90m in his Dortmund contract – although that can only be activated if the amount is made in one payment.

Haaland is viewed as a generational talent and at 20 could be a franchise player for Juventus for more than a decade.

The figure is high, far higher than what it would take to keep Morata, but Juventus plan to sell many of their players over 30 this summer in a bid to freshen up an ailing side. 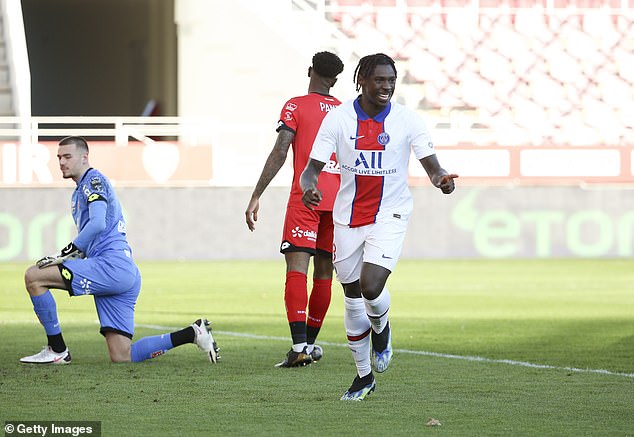 Haaland was a revelation as a teenager at Red Bull Salzburg and has continued to improve, plundering 47 goals in 48 games for Dortmund since moving to Germany.

On Juventus’ side is that they have a strong relationship with Haaland’s agent Mino Raiola.

He represents Matthijs de Ligt, who Juventus signed ahead of a host of European rivals, from Ajax in 2019. Raiola is a feared negotiator but his relationship with Paratici and Pavel Nedved could prove decisive if Juventus go all-in for Haaland.

One final alternative is a reunion with Moise Kean, who Juventus sold to Everton in 2019.

The difficulty with Kean is that his success on loan at Paris Saint-Germain has seen them desperate to keep him permanently and Juventus would need a major offer to trump the French champions.