Premier League clubs are on red alert after Juventus were threatened with expulsion from Serie A over their plans to join the breakaway European Super League. Italian FA president Gabriele Gravina has warned the Turin giants could be kicked out of the top flight if they don’t pull out of the controversial plans – which could leave the futures of stars such as Cristiano Ronaldo and Aaron Ramsey up in the air ahead of the summer transfer window.

Juventus, along with Real Madrid and Barcelona, remain part of the European Super League plans which caused uproar across the football world last month.

The furious backlash to the proposal led to nine of the 12 ‘founding’ clubs pulling out within 48 hours of its announcement – including the Premier League’s so-called ‘Big Six’.

With Juve so far sticking to their guns, they have been warned by Gravina that they face the possibility of being expelled from Serie A ahead of next season.

And that could see English sides pounce for their stars, with rumours already linking Cristiano Ronaldo to a Manchester United return, while others such as Aaron Ramsey, Alex Sandro and Merih Demiral could also be targets for the likes of Arsenal, Chelsea and Liverpool.

JUST IN: Ronaldo ‘misses Juventus training’ and treats himself on Ferrari visit 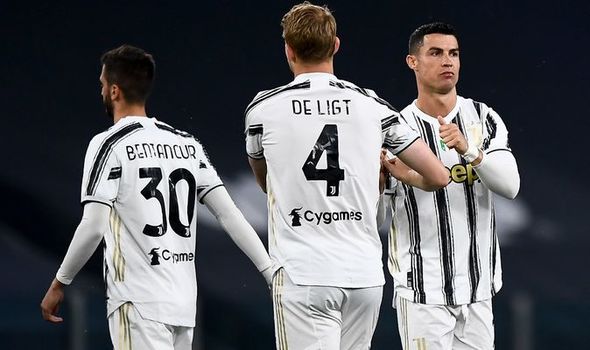 After Juventus, Barcelona and Madrid released a joint statement confirming their continuing commitment to the ESL plans, Gravina said the Italian FA’s position on the matter was “clear”.

“The rules are clear,” he told Naples radio station Kiss Kiss. “If Juventus is still part of the Super League when it enters next season, it can’t participate in Serie A.

“I would be sorry for the fans but rules are rules and they apply to everyone. I hope this holdout ends soon.”

The three clubs could also face the possibiity of being banned from the Champions League and Europa League should they refuse to pull out of the ESL.

And without top-level competition, they would struggle to hold onto their top stars.

Ronaldo has already been linked with a return to Old Trafford with Juve reportedly open to the idea of clearing his mammoth salary from the wage bill, while PSG have also been touted as a potential destination for the five-time Ballon d’Or winner.

Ramsey has endured a frustrating spell in Turin, and it is understood he could be keen on a move back to Arsenal.

Centre-back Merih Demiral has emerged as a potential target for Everton boss Carlo Ancelotti, with Liverpool having previously eyed the Turkish defender before signing his compatriot Ozan Kabak. 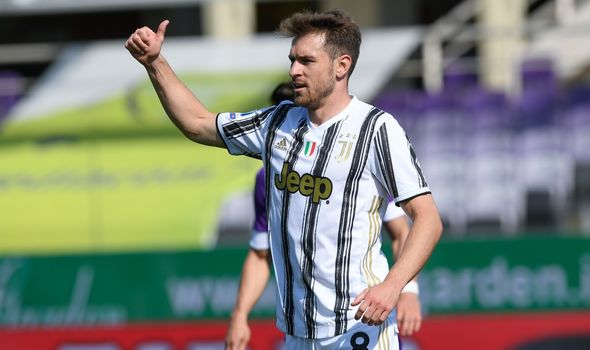 Left-back Alex Sandro has been linked with a move to Chelsea, with the possibility having been mooted of Emerson Palmieri going the other way.

And others such as centre-back Matthijs de Ligt, midfielder Adrien Rabiot and attacker Paulo Dybala could all seek pastures new if they are left unable to compete at the highest level.

In their joint statement, the three remaining rebel clubs repeated their call for talks on football’s future, saying: “We reiterate to FIFA, UEFA and all football stakeholders, as we have done on several occasions since the announcement of the Super League, our commitment and determination to discuss, with respect and without intolerable pressure and in accordance with the rule of law, the most appropriate solutions for the sustainability of the whole football family.”