It was the striker’s second scintillating display in recent weeks after he also netted two in victory at Manchester City. 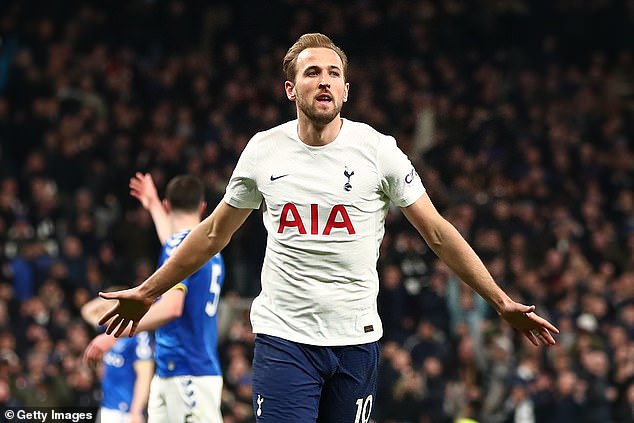 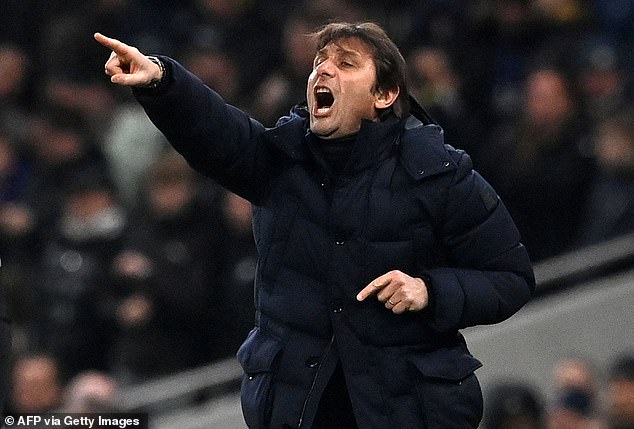 Following a turbulent summer, when he tried and failed to leave Spurs, Kane scored only one Premier League goal before Conte arrived in November.

Now, though, the 28-year-old feels he is breaking new ground – and plenty of room for improvement remains.

‘Antonio has definitely given me more strings to my bow. I’m always someone who (wants) to improve. When I’m 35, 36 I’ll still be trying to improve. That’s just my mindset,’ Kane said.

‘I feel like physically I’m in a really good place. Mentally, my game understanding and my awareness on the pitch is at a really high level.’ 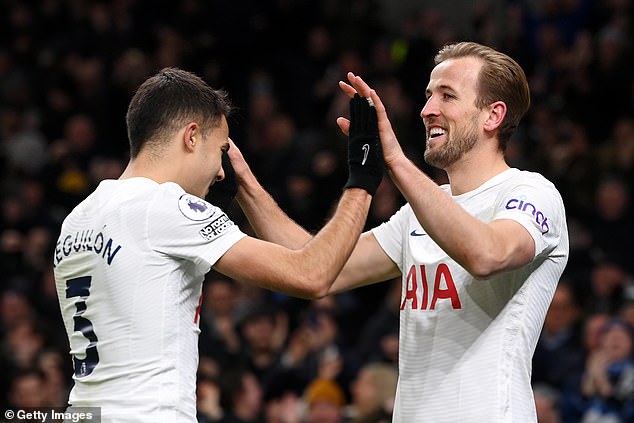 Kane added: ‘It’s about working hard, keeping my head down… for sure, I feel like there’s more and more to come. And I’m excited for that.’

Victory over Everton took Spurs to within three points of fourth-placed Arsenal.

Kane believes a lot of hard work under Conte bore fruit in Spurs’ slick, counter-attacking display. No longer can they claim to be adjusting to a new coach’s methods.

‘It’s always difficult when a new manager first comes in, he has to implement his ideas and the way he wants to play. He’s been here now for four months so we can’t use a new manager as an excuse. We have to take the responsibility for ourselves,’ Kane said.

‘The manager is a fantastic coach… I really enjoy working with him, so it’s down to us players to take that responsibility. A lot of us want to be playing in the Champions League. We haven’t played in it now for a couple of years but it’s where we think the club should be.’

Kane claims recent performances against Everton and City rival any he has experienced at Spurs. 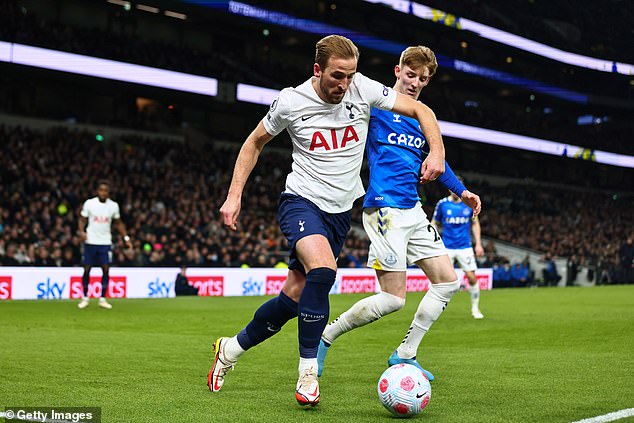 ‘We have had some great managers over the years and played some great football. But beating Everton 5-0 and beating City away from home are right up there,’ he said. ‘Results that should give us confidence.’

But the striker said Spurs’ real acid test will come during this push for Champions League football.

‘I guess we will see over the next 12 games where we are as a team and as a squad. Where we finish in the league will be the ultimate test. I still think we are looking for improvement in all areas. We are definitely not the finished article yet. It is important that we understand that,’ he said.

‘I don’t think we can hide away from the fact (they’re in the top-four race). We can’t keep saying “we’re learning, we’re improving’.

‘We’re there, we’re in amongst it. All we’ve got to do is be more consistent. Games like tonight will definitely help… it’s about feeling that pressure.

‘If we want to move forward as a team, it’s about taking responsibility and we can’t hide away from it.’ 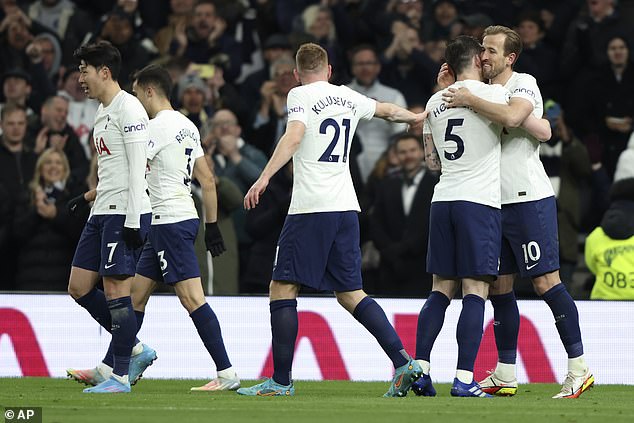 This weekend’s trip to Manchester United could prove pivotal for both teams’ European aspirations.

‘United are still one of the best teams in the league. Obviously they have come off a disappointing result at the weekend (against City). There is always going to be a reaction and a bounce-back from their players and we need to make sure we are ready for that,’ Kane said.

‘We obviously feel that there is an opportunity for us there because we have had a great result and we could try to use that momentum, especially away from home, against their crowd.

‘But it will be a tough game. They have got some great players. They beat us earlier on in the season quite comfortably (3-0).

‘We have to have all that in our heads, we have to make sure we go with the right mindset.’