Harry Kane has nothing to prove to anyone after his failed move to Manchester City, Tottenham manager Nuno Espirito Santo insisted after the striker inspired Spurs to victory over Pacos de Ferreira on Thursday night.

Kane netted twice on his first start of the season to help Spurs reach the Europa Conference League group stages with a 3-0 win.

A day after Kane committed his future to the club, the striker’s name was met with deafening roars before kick-off and he was serenaded throughout by Spurs fans, who gave him a standing ovation when he was substituted. 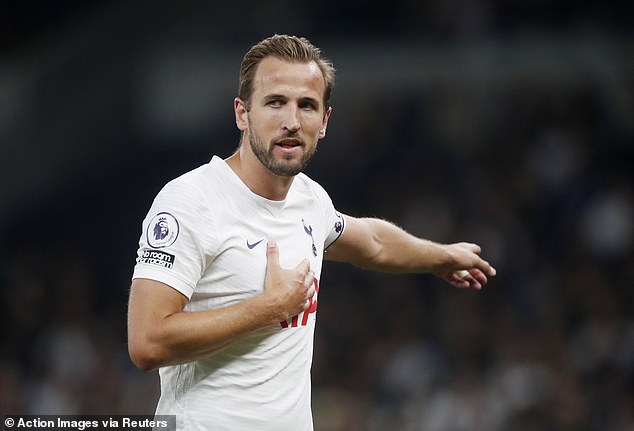 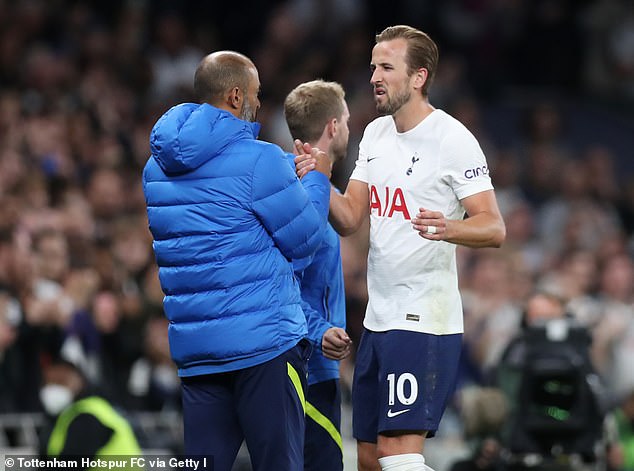 Kane has vowed to be ‘100 per cent’ focused on Tottenham and Nuno said no one could question his stand-in skipper’s commitment.

‘I see Harry every day since he joined us. He doesn’t have to prove to anyone. He’s committed. You can see. All the situations that happens is part of the past, let’s look and move forward,’ Nuno said.

‘I see him in the training sessions. I saw him today at the end of the game… he is one more that will help us.’

On the reception Kane was given, the manager added: ‘It was good, our fans are amazing. The support they give for all of us… this is what we want, this bond for them to enjoy (us) give everything we have and supporting themselves in the stands. Creating this energy is good for us.’

Kane tweeted ‘Goals. Win. Progress.’ shortly after the final whistle on Thursday night, accompanied by a flexed bicep and a photo of him celebrating with team-mates. 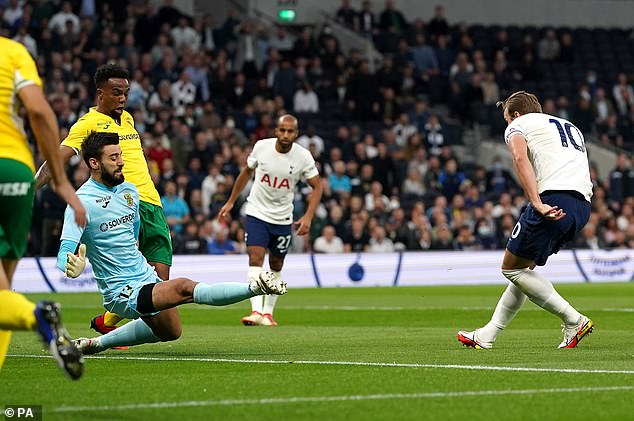 His two first-half goals helped Spurs overturn a 1-0 deficit from the first leg in Portugal, before Giovani Lo Celso’s deflected free-kick made sure of Tottenham’s place in the group stages.

‘He played good, he scored, he had good movements, he helped the team,’ Nuno said of Kane. ‘He is still improving. But playing is the best way for all players to improve, to compete and the edge of the game is what takes players beyond their limits and that is what we expect from all of them’.

He added: ‘We must use this competition to help us grow as a group, working together going in the same direction. I’m really pleased with all of the boys… I think we’re doing ok. We realise there’s a long way to go and a lot of room to improve, all of us.’