Antonio Conte is impressed with the way Harry Kane has bought into the Italian’s project at Tottenham and says he will be the focal point of any success.

The striker looked set to leave Spurs in the summer after hankering for a move to Manchester City, hinting at his desire during a high-profile interview with Gary Neville and turning up to pre-season training late.

Chairman Daniel Levy stood firm and, after City did not come to the table with an offer that even needed contemplating, Kane, who is under contract until 2024, was forced to stay at the club. 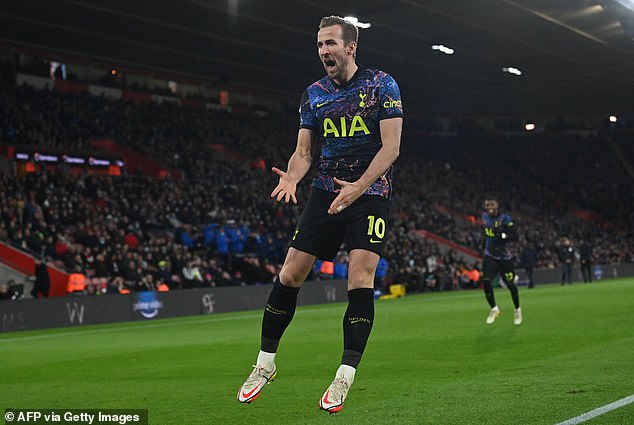 The hangover of that saga went on for some time and it is only under Conte, who replaced Nuno Espirito Santo as head coach in November, that the England captain has come to life this season.

Kane has spoken of his motivation at playing for Conte and hopes the former Italy boss can be the man to help him win the silverware he craves.

And Conte, whose side visit his former club Chelsea in the first leg of their Carabao Cup semi-final on Wednesday, has found a player willing to give it his all.

‘First of all, we are talking about a really good person and a really good man,’ he said. ‘And I think this is the most important thing. 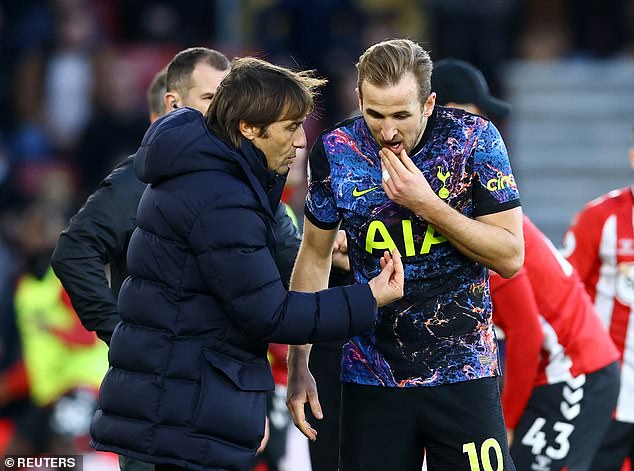 ‘Because I knew the situation in the summer and, when Harry decided to stay in Tottenham, I found a player totally involved in this project now.

‘I am happy to have him in my team because for sure we are talking about the top player, a top striker in the world, and if we want to win or if we want to think to build something to win, Harry must be a point of start.

‘This is normal and he knows very well my opinion, but I repeat I’m very happy to work with him and I think that he has enjoyed the time, what we are building with the team and that is all.’

Levy could have been tempted to cash in on Kane in the summer, given he is unlikely to command such a fee again, but the Spurs chairman was steadfast in his stance that his star player was not for sale, despite rumours of a ‘gentleman’s agreement’.

Conte, who almost joined the club in the summer and would have inherited the situation, has praised his boss for standing firm. 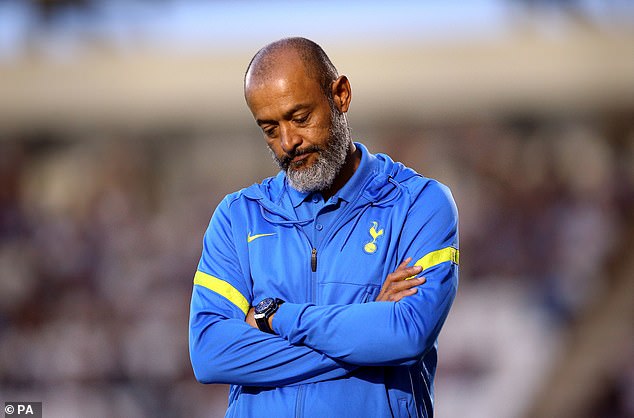 ‘In the summer I followed the situation about Harry and I saw what happened and what could happen,’ he said. ‘The club decided to keep Harry in the team and I think it was a great choice by the owner.

‘In this way you are showing you want to try to continue to build something important around one of the best players in your team.

‘I followed the situation but now it is not right to look at the past. Now we have to live in the present, which says that Harry is a player at Tottenham and continues to be one of the best players in this team.

‘He wants to give 100 per cent in every game and I am totally satisfied with his commitment and the relationship that we have created within the team.

‘He is a point of reference in the dressing room and an experienced player. I am totally enthusiastic about his involvement in the team and the Tottenham project.’