Richard Keys has claimed that the Premier League made the correct call to postpone this weekend’s fixture list following Queen Elizabeth II’s passing. The decision not to let football carry on and allow clubs, players and fans to make their own tributes to The Queen has been questioned, with BBC host Gary Lineker and presenter Piers Morgan among those who disagreed with the decision.

Lineker claimed that it was a “shame” that football fixtures were postponed while cricket and rugby were among the sports that continued to play and pay their respects to Her Majesty. “Given the wonderful and moving scenes at The Oval, it feels a real shame that football is not taking place this weekend,” Lineker tweeted. “Therefore missing the opportunity to pay its respects.”

Before official news confirmed that the Premier League and football across the UK would be postponed, Morgan took to Twitter to react. “Sporting events should go ahead,” Morgan wrote. “a) The Queen loved sport and b) It would be great to see/hear huge crowds singing the National Anthem in tribute to Her Majesty, as West Ham fans did so magnificently last night.”

After the decision was finalised, Morgan again wrote: “Ridiculous decision,” with a thumbs down emoji. But former Sky Sports host and current presenter for beIN Sports Keys has claimed that sports that carried on this weekend should be “ashamed” and that football made the correct decision.

JUST IN: ‘Goosebumps’ God Save the King sung for the first time ahead of England South Africa Test 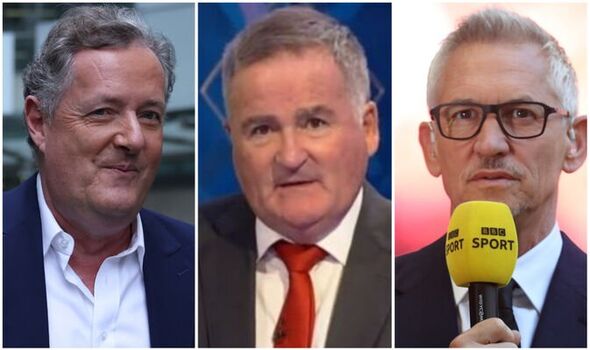 “Football had no choice but to stop this w/e,” Keys tweeted. “Those that think differently are wrong. The sports that played on should be ashamed. Did the decisions have anything to do with the events not being insured for cancellations? I’m hearing it may have done.”

Keys’ opinion differs from Lineker and Morgan’s, and there have been further questions over whether next weekend’s schedule of Premier League games can go ahead. The funeral of The Queen is set to take place at Westminster Abbey on Monday, September 19, leading to an influx of people heading into London. 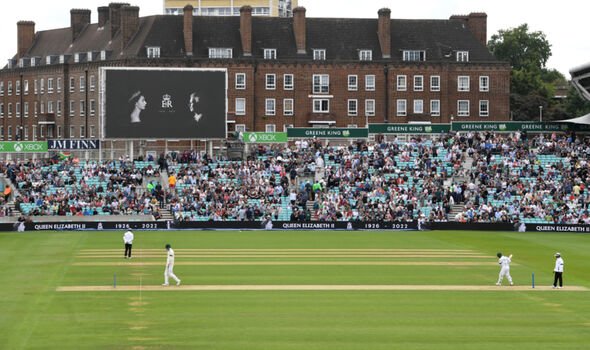 Games in the capital could be particularly at more at risk of postponement, as a heavy police presence would be needed at several events during the funeral procession. The Athletic have claimed that clubs are “hopeful” that games next weekend can go ahead, but fixtures in which London clubs are the hosts could see the venues switched.

Tottenham, who are set to host Leicester and Chelsea, at home to Liverpool, could see their fixtures swapped and the games played at the King Power Stadium and Anfield respectively, though there will be questions over whether logistics allow the venues to be swapped at such short notice, and whether Brentford vs Arsenal will be affected.

Crystal Palace’s trip to Brighton had already been postponed due to a rail strike, which has since been rescinded, though it is unclear whether that game will go ahead.