Manchester United and Tottenham target Kim Min-jae has distanced himself from a potential move to the Premier League, insisting that the transfer speculation ahead of the January window is ‘disturbing’ him.

The in-form Napoli defender, who played a major role for South Korea as they reached the World Cup’s round of 16, has impressed since joining the Italian giants for £16million last summer.

His international side defied expectations by qualifying from Group H, finishing second behind Portugal but ahead of Ghana and Uruguay. 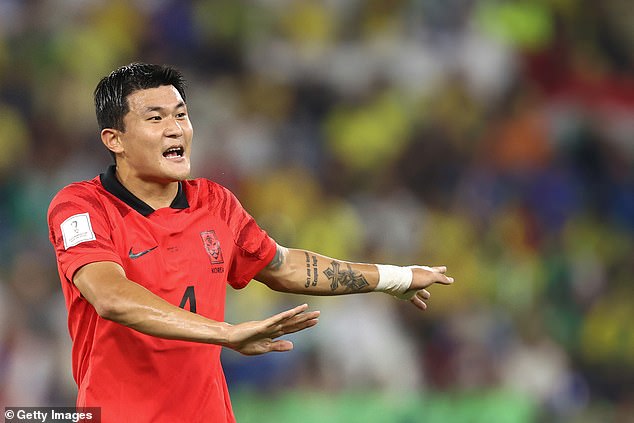 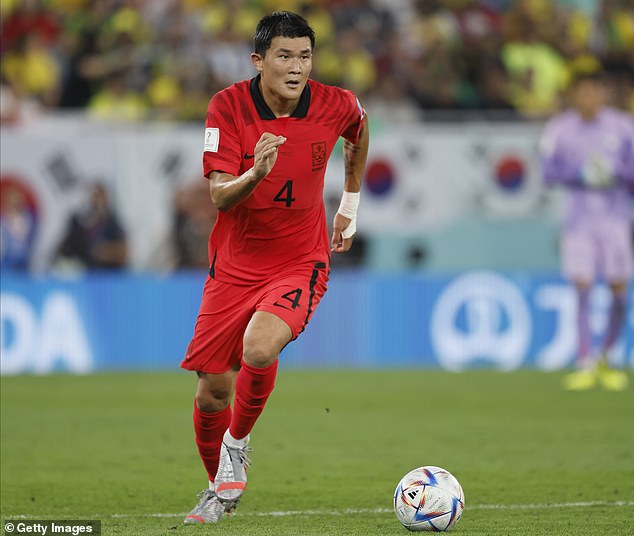 Spurs and United have since been heavily linked with the 26-year-old centre-half, who has only just settled in to life in Naples.

Chalking up 20 appearances for Napoli already this season, Min-jae helped Luciano Spalletti’s side establish a eight point lead at the summit of Serie A ahead of the World Cup break.

Despite attracting plenty of attention from top clubs in England, Min-jae admitted that the speculation is making him feel uncomfortable. 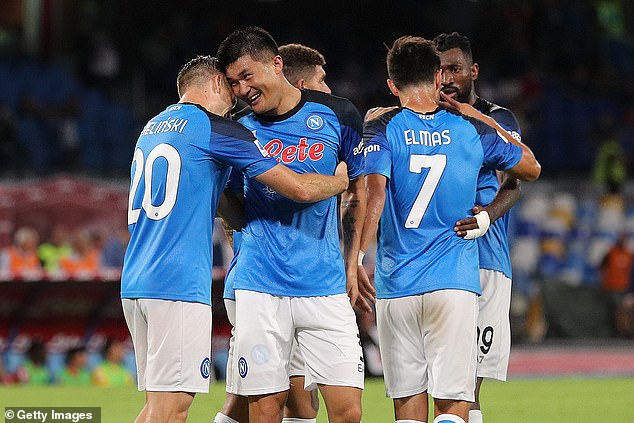 ‘There are a lot of transfer stories around me, but I’ve only been at Napoli for six months,’ he began to tell You Quiz on the Block.

‘I’ve avoided interviews, and one of the reasons is that the rumours about me disturb me.’

It is believed Napoli chief Aurelio De Laurentiis is ready to open talks with Min-jae over an improved contract extension, in a bid to fend off interest from top European clubs in January. 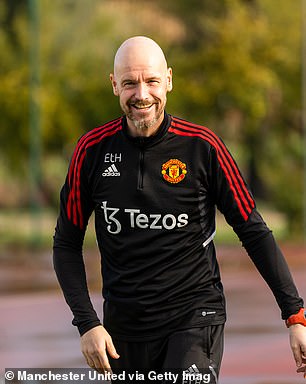 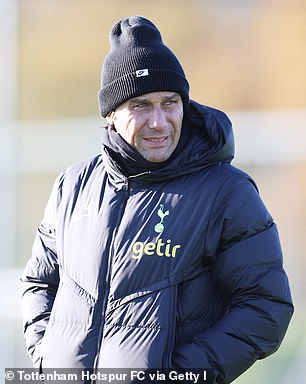 Red Devils boss Erik ten Hag is keen to bolster his squad with defensive reinforcements in the transfer window, despite fighting for the £45m signing of Lisandro Martinez last summer.

The Dutchman’s intent on bringing in a new defender does not bode well for Manchester United captain Harry Maguire, who saw his game time plummet at the start of the season before reprising a major role for England at the World Cup.

Meanwhile, Tottenham manager Antonio Conte is also expected to make defensive additions to his squad in the near future, with Spurs holding the worst defensive record amongst teams in the top eight.