‘It was really clear he would not have asked me for any other club’: Jurgen Klopp admits it was ‘difficult’ to deny former Liverpool star Philippe Coutinho his dream move to Barcelona

Liverpool manager Jurgen Klopp has admitted it was ‘difficult’ to deny Philippe Coutinho his dream move to Barcelona when he left Anfield.

The Brazilian midfielder finally got his move to the Nou Camp in January 2018 in a deal worth £145million after drawn-out negotiations between the Reds and the Spanish giants.

Coutinho wanted to leave Anfield in the summer of 2017 but stayed put out of loyalty to the Reds who needed midfield cover due to injuries. 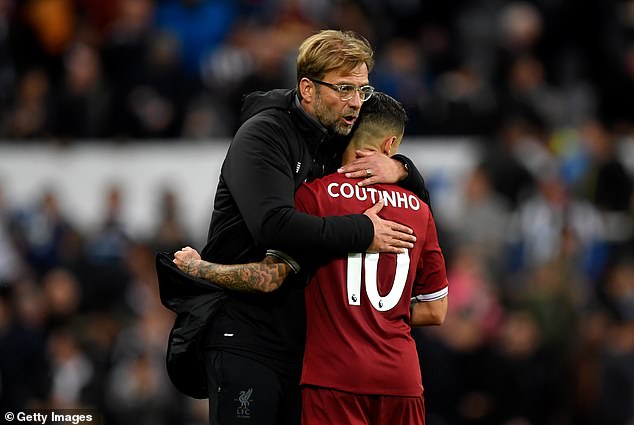 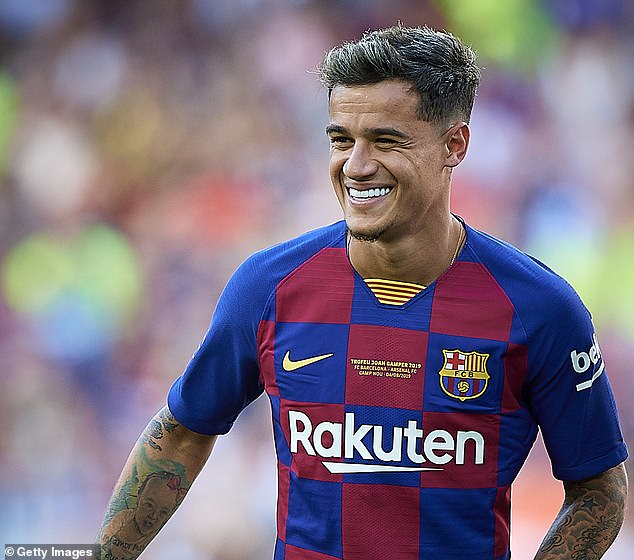 But when Barcelona came back in for him in the winter window Klopp admitted he had no chance but to grant the Brazilian his dream move.

‘Not that I do that all the time but it felt “oh wow that could be difficult”.

‘So it’s not about yes we signed a new contract so many weeks before that but it was really clear he would not have asked me for any other club but for this club, there was no chance.

‘Then we had to be hard in the summer (2017) because we had no other solution. We lost Adam Lallana [to injury] in that time as well, we would have lost two players.

‘That’s not possible, you cannot solve that on the transfer market.

‘He was open to that [staying] and that was really cool. Then you have to be fair in the window (January 2018) and say we can do it, we don’t like it but we can do it.’ 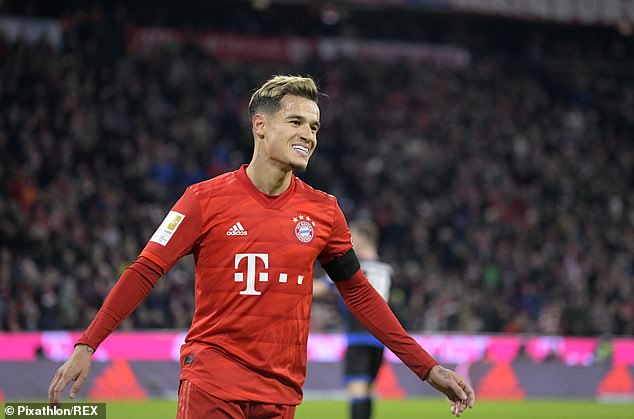 Coutinho has struggled to prove value for money though, struggling for form in his two years at the Nou Camp.

He was cast aside last summer and joined Bayern Munch on loan but again has struggled to put together a consistent run of form.

Talk of a return to England is on the rise and Manchester United reportedly lead Leicester, Chelsea and Tottenham in trying to bring him back to the Premier League.