Jurgen Klopp has backed his defence to ‘show a reaction’ following their leaky display at Brentford as the German insisted that their uncharacteristic mistakes are ‘not that much of a concern’.

The Reds travel to Portugal to take on Porto in the Champions League on Tuesday night, with Klopp looking for a response from his squad after failing to pick up three points in an entertaining 3-3 draw in West London.

Liverpool had conceded just once in five league games before their visit to Brentford on Saturday, with the Reds at times struggling with the Bees’ physicality across 90 minutes. 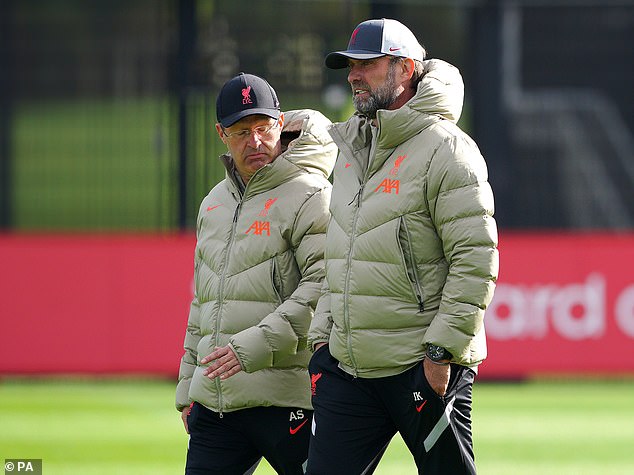 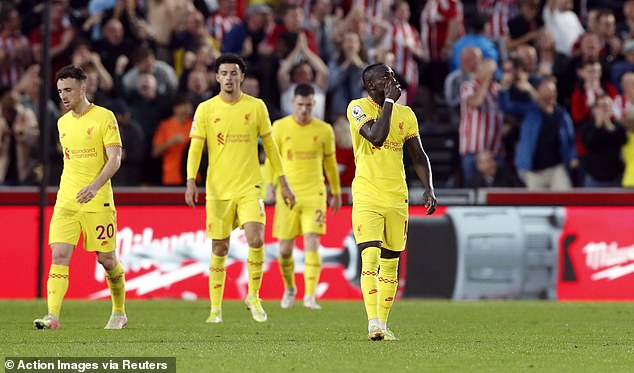 And Klopp admits that his side ‘had a problem with defending’ over the weekend but says that Tuesday’s contest is the perfect opportunity to ‘show a reaction’.

‘It’s not that much of a concern, but we have to show a reaction,’ he said via Liverpool Echo. ‘It’s tricky to win a game when you aren’t defending on your highest level and that’s what we didn’t do.

‘It wasn’t just the last line, in general we had problem with defending. Porto is a different team but we have to improve in that department.

‘We spoke about it and know we cannot do it [defend] like that and we sorted that and have to show that tomorrow.’ 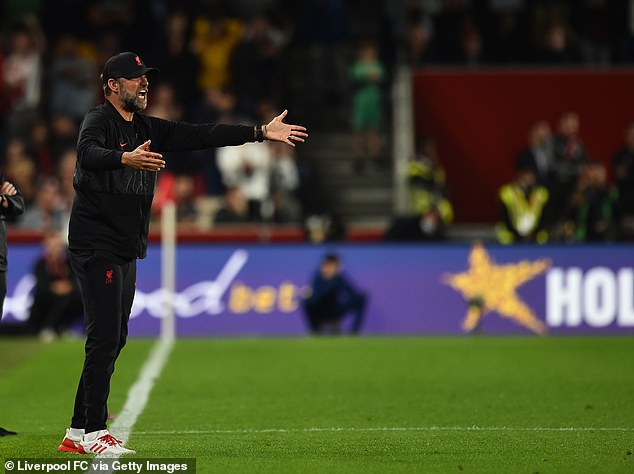 Tuesday’s visit to Porto will be a return for Diogo Jota to his former club. The Portuguese spent a season on loan with the Liga Nos side before joining Wolves from Atletico Madrid.

Klopp has hailed Jota as an ‘exceptional player’, and says that the 24-year-old has improved his Liverpool side.

‘Exceptional player, [I am] really happy we signed him,’ he added. ‘[He has] a really strong personality. He’s a very mature man for a young age and that makes it really enjoyable to work with him.

‘It’s not easy to improve us but Diogo has done that, definitely.’ 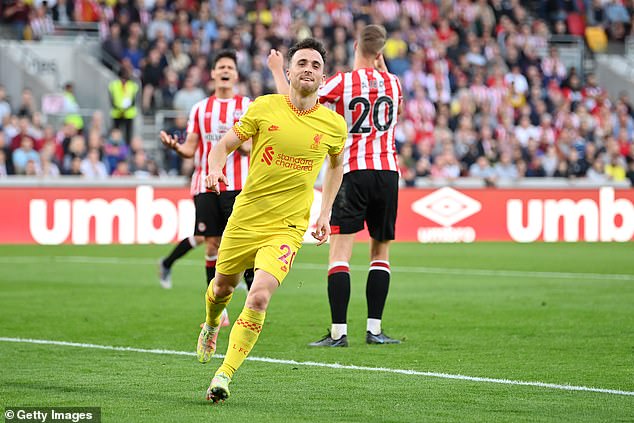 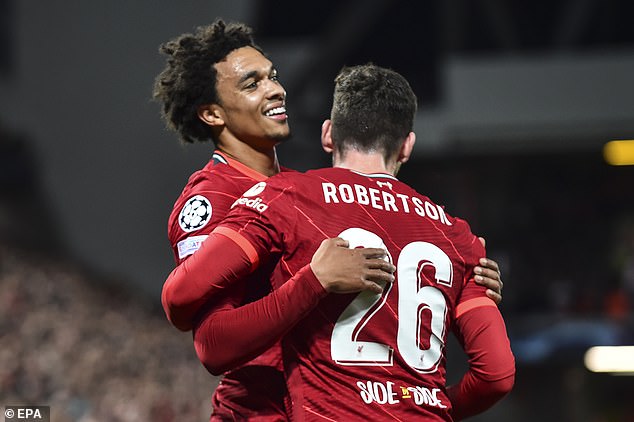 Klopp said, barring the injured Harvey Elliott and Thiago Alcantara, he has a fully fit squad at his disposal for the Champions League clash, with Naby Keita returning to training this week.

The Guinea international missed Saturday’s game with a foot injury sustained in the midweek Carabao Cup win at Norwich.

On Friday, manager Jurgen Klopp was unsure when Keita would be back in time for the trip to Portugal for their Group B encounter but he joined the full squad for a workout at the club’s AXA training ground on Monday lunchtime.

Wales right-back Neco Williams, who has been sidelined all season by an ankle injury, also trained before the flight to Porto.