Jurgen Klopp has played down Sadio Mane’s angry reaction to being substituted during the win over Crystal Palace as the Liverpool boss stressed his players are ‘human beings’.

The Reds were in scintillating form as they rolled over Roy Hodgson’s side in a 7-0 rout on Saturday, with Mane, Roberto Firmino, Mo Salah, Takumi Minamino and Jordan Henderson on the scoresheet.

Klopp played a changed side from the 2-1 win over Spurs on Wednesday, and introduced Salah from the bench for the Senegalese star early in the second half of the game. 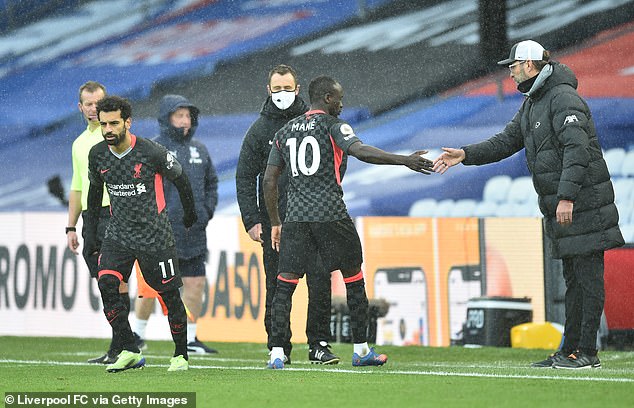 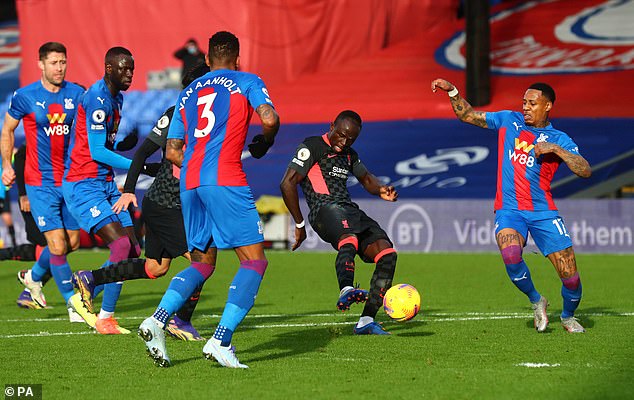 And Mane appeared visibly upset that he had been withdrawn from the game, cutting an exasperated figure as he trudged off the pitch on the 57th minute.

But the Liverpool manager has played down the incident, insisting that his star was not angry with being hauled off before the 60 minute mark.

‘He was not angry because Mo was coming on,’ Klopp told BT Sport. ‘He was not happy, he had a look at the watch or looked at the free-kick – I didn’t see on the pitch until after the free-kick.’ 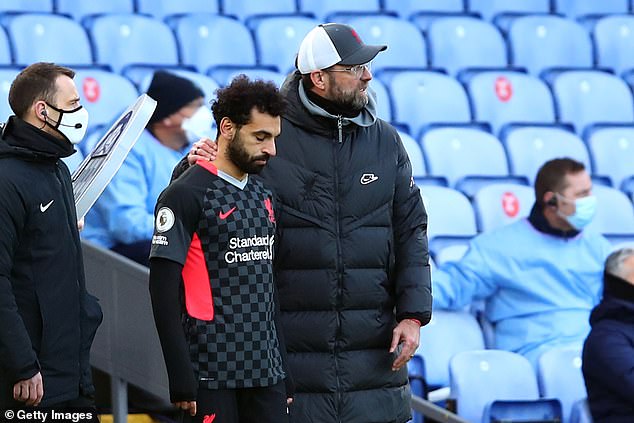 However, Mane appeared upset at being hauled off before the hour mark for Mohamed Salah 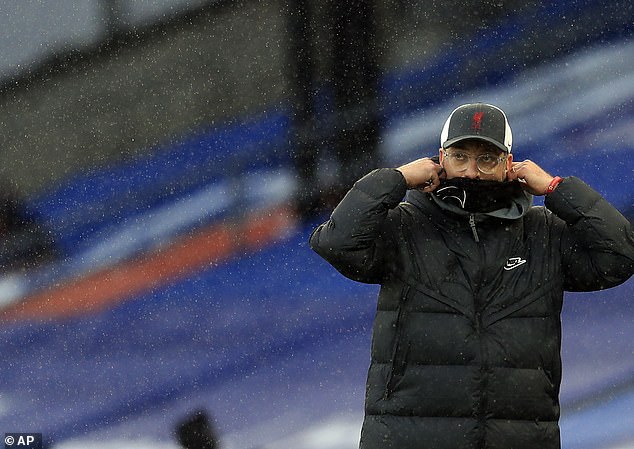 Klopp added that his players are not ‘soldiers’ and that it is natural for their to be emotional reactions to certain decisions.

‘You can’t play football like this if you’re just a solider doing everything what the boss says. They do what I say but something they’re human beings in their reaction. We spoke after the game and Sadio was absolutely fine.’

Liverpool extended their lead at the top of the Premier League ahead of the remaining top flight games this weekend as the Reds enter the busy festive period.

The Reds have over a week to rest and recover for the visit of Sam Allardyce’s West Bromwich Albion before facing gruelling road trips to Newcastle and Southampton in the space of three days.