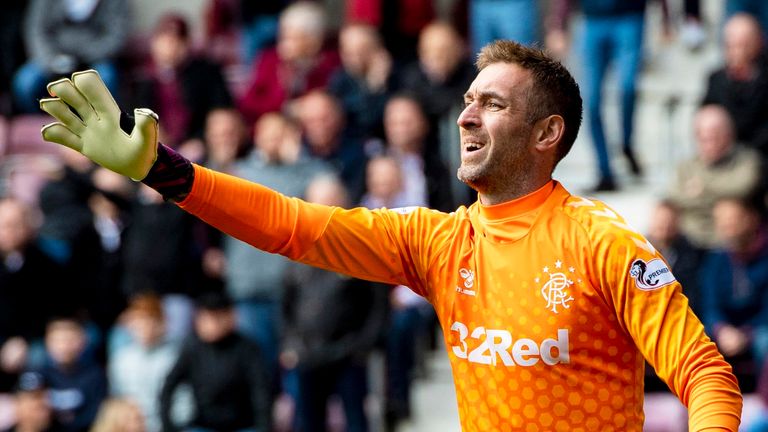 Who is your club’s player of the season so far? We asked Kris Boyd and Andy Walker to debate and pick a player for all 12 Scottish Premiership clubs.

Download the player of the season podcast on: Spotify | Apple | Castbox | Spreaker 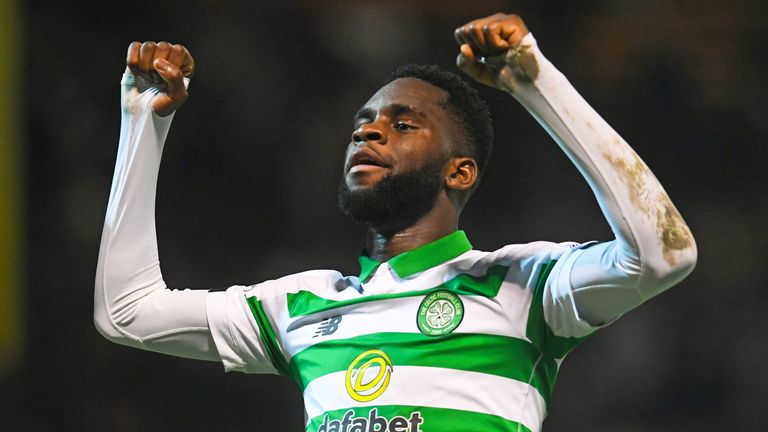 “Most Celtic fans would agree with me when I say Edouard – he’s been their most influential player. He steps up on the big occasion, scores important goals, links the play and is so good in possession. Some of his twin striker play with Leigh Griffiths in recent weeks was sparkling to watch.”

“He’s a class above everyone else in the league. He’s got everything. He glides past defenders as if they are not there. He’s got skill, perhaps one criticism can be his finishing, he tries to place everything in the corners. He’s not from the same finishing school as someone like Griffiths but in terms of the all-round package, he’s the best player in Scotland. Yes, he has the supply line from his teammates but you’ve got to get into those positions.

“He’ll go right to the top – he doesn’t need to prove himself in that regard. If I was Celtic I would hold out for a record-breaking fee as he’ll surpass the £20m for Moussa Dembele. He’s destined for the top.

“McGregor has still got it and can be relied upon. I don’t think Rangers would have been in the same challenging position without him. He’s made some instrumental saves in the first 14 games when they were matching Celtic. The problem Rangers have is a lack of consistency – if all of their players were as consistent as McGregor they’d be closer to Celtic.”

“McGregor has been Rangers’ star man. The Rangers defence has come in for criticism but this is the same defence that has conceded the same amount of goals as Celtic – McGregor has had a lot to do with that. In attack, Jermain Defoe has more league goals than Alfredo Morelos, who has turned up on the big European nights but has been inconsistent in the league and can’t be relied upon.”

“Donnelly scored a lot of goals at the start of the season which originally gave fans hope that they could finish out of the bottom six but they’ve done better than that. Motherwell have been a breath of fresh air with Donnelly at the heart of it. Motherwell could sell him in a couple of years for a nice price if he continues to develop in the next few seasons. That’s what Motherwell are all about: bringing youngsters through the system. Donnelly is the star man.”

“Gallagher has made a big difference for Motherwell to the extent he is now a Scottish international He’s done really well. A special mention also has to go to Chris Long and James Scott.” 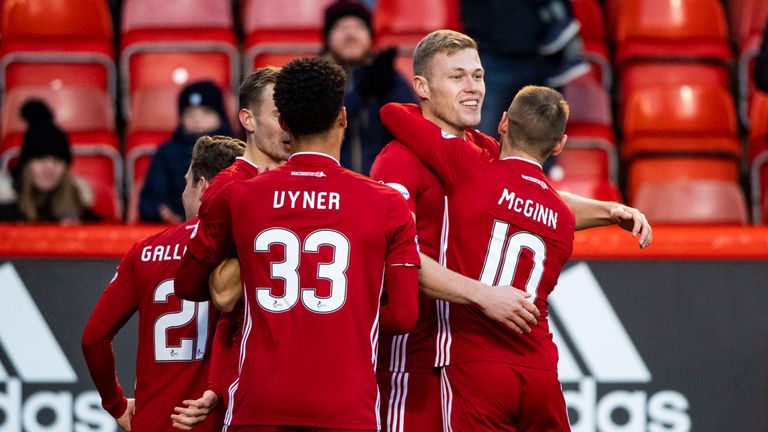 “Aberdeen are in the process of building another team but Cosgrove – helped by Lewis Ferguson and Scott McKenna – has kept the club moving forward. But the top man has been Cosgrove, whose 23 goals across all competitions is a brilliant return.”

“In truth there’s been no real standout player as Ferguson has been very good in midfield, while Andy Considine and Joe Lewis have been very reliable. However, goals always make the difference so Cosgrove just gets the nod.” “Livingston are a great success story. They use their plastic pitch to their advantage. Dykes has shown up well against the likes of Christoper Julian for Celtic – he gave him a torrid time. He’s done well against Conor Goldson at Rangers too. Steve Clarke has been speaking to him to try and get him involved in the Scotland set up but he’s also qualified for Australia. I don’t think we’re good enough to knock anyone back. If there’s any chance that Dykes can play for Scotland then we should go for him.”

“He’s key to the way they play but Livingston are an all-round good team that don’t need to rely on one player. They’re all in it together and make it very difficult for opposition teams. As a former striker, I’m the first to know you’re only as good as the players behind you supplying you. In that regard Stephen Lawless has also been tremendous, he’s got eight goals and six assists. John Guthrie has done really well too. Dykes has to be the star man though – centre-halves always know they’ve been in a game.”

“Allan is one of the most creative players in the league – he can measure a pass and has a great vision. Hibs are getting to grips with the way the new manager wants to play and Allan has been key to that.”

“Doidge took time to convince people but he’s becoming a real talisman for Hibs, scoring 12 league goals. Greg Docherty has only played eight games since joining from Rangers but the way they play allows him to be at his best. Paul Hanlon also deserves a mention as does Paul McGinn, who is an unsung hero in that team. But my star man is Doidge.” 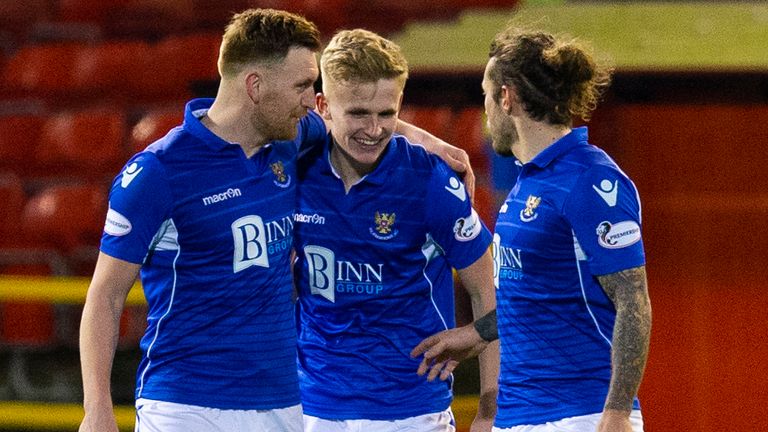 “When you are building a team like Tommy Wright is doing which takes time, you need quality like McCann to keep you ticking over. Callum Henry’s goal against Rangers shows his game is improving, too. Those two have been the standouts.”

“Henry has scored a few goals in what has been a remarkable season for the club considering where they were at one stage where they couldn’t keep clean sheets. Credit to Wright for turning it around. McCann has been the mainstay and standout player. He’s a young midfielder that wants to get forward, that’s good to see. He can work back too – he’s prepared to do it all. His all-round game is impressive.”

“For Chris Burke to be this consistent at his age is something to admire. He seems to be enjoying this last hurrah. Kilmarnock are developing players like Stuart Findlay who are gaining international experience – that’s important. But Dicker does a brilliant job in front of the back four. He gets my vote.”

“Findlay did struggle in his first spell but he took his time to understand the game. He came back from Newcastle a better player. Kilmarnock started to slide when he was injured but they’ve picked up again since his return. He’s absolutely key to them.” “St Mirren have a goalkeeper that makes important saves at important times. He’s kept 10 clean sheets so far this season which is an impressive return and worthy of special praise.”

“I like Sam Foley – he carries a threat. But St Mirren are always in games, they are well organised and the goalkeeper is instrumental to that.”

“I would rely on McKay when the pressure is on. He’s done it before – he’s a type of guy that can find the net.”

“McKay only has seven goals, you expect more but his goals have kept them alive and kicking. Stewart is a handful and I really enjoy watching him play.”

“Smith went to the same school as Andy Robertson – he’s got talent and been given a platform to showcase his ability. He’s a better player than he was 10 months ago as he’s playing every week.”

“Gogic does well and gets about the pitch. I played against him and always just thought he was a dogged type of player that would just want to kick you. But this season he’s got the ball down more and tried to play football. He’s done really well. Jamie Hamilton has picked up a few red cards but he’s had a good season too.” 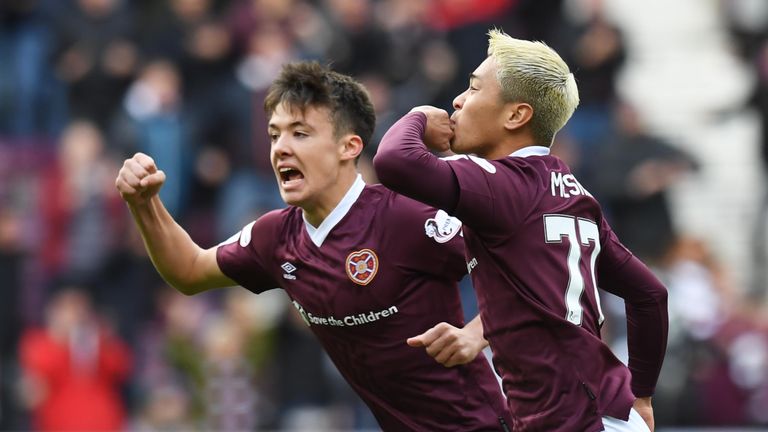 “Clubs like Celtic and Manchester City are reportedly looking to sign him – that says it all. As a club you have got to wonder why they are asking Hickey to take a 50 per cent wage cut and if he doesn’t then he can agree to a settlement and go. If you manage this player correctly he’ll be worth millions in the transfer market – why are they allowing this massive asset to walk away. That to me is spectacular mismanagement. He’s been the bright light and he’ll be glad to be getting out of the place as the way the board have treated the squad has been terrible.”