Melbourne City's training centre is set to become an ancillary part of a La Trobe University sporting precinct, which will be a Melbourne “Home of the Matildas”.

City is set to leave their Bundoora base at the end of the upcoming season and shift their base to the Casey-Dandenong area in time for the 2022 A-League campaign.

Melbourne Victory, which trains at Gosch's Paddock next to AAMI Park, has been looking to build their own training centre but failed to get approval for a proposed $18 million set-up at Footscray Park last year, when councillors knocked back their application. 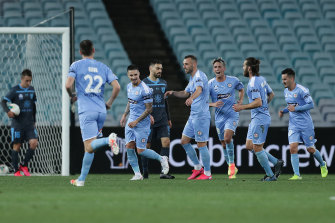 But Victory is not interested in looking to the vacant facility in the northern suburbs once City move out. They are committed to keeping their senior teams based at AAMI Park. In addition, they have existing partnerships with Victoria University.

The state government earlier this year announced a $1.5 million investment to start planning for the Home of the Matildas and a State Rugby Union Centre, to be created at La Trobe's Bundoora Sports Park, a key component of the University City of the Future plan.

The Commonwealth government has committed $15 million towards the construction of the Home of the Matildas in Victoria.

At the time the plan was announced, La Trobe vice-chancellor Professor John Dewar said: "The La Trobe Sports Park is already a world-class facility; having the Matildas, Football Victoria and Rugby Victoria based on campus would deliver significant benefits for our students and the community in Melbourne's north."

"We only found out from Melbourne City quite recently that they were planning to move. We haven't had a chance to think through the site that they will be leaving behind," Dewar said.

"We will maintain our strategic partnership with them. We are both very keen that continues so that our students have work experience opportunities with City.

"That's a really strong relationship that's been built up over 10 years, it's just that we won't be their landlords any more."

The Home of the Matildas would be a new facility, he said. "It's a different site, it wouldn't be the Melbourne City site. They occupy a different part of the campus."