Arsenal will hold contract talks with Alexandre Lacazette in the summer.

The striker has scored five goals in his last four games after a brace in Saturday’s 4-0 win at West Brom.

In total, Lacazette has netted nine times this season and, with his contract expiring in 18 months, Gunners boss Mikel Arteta confirmed his future will be resolved at the end of the campaign. 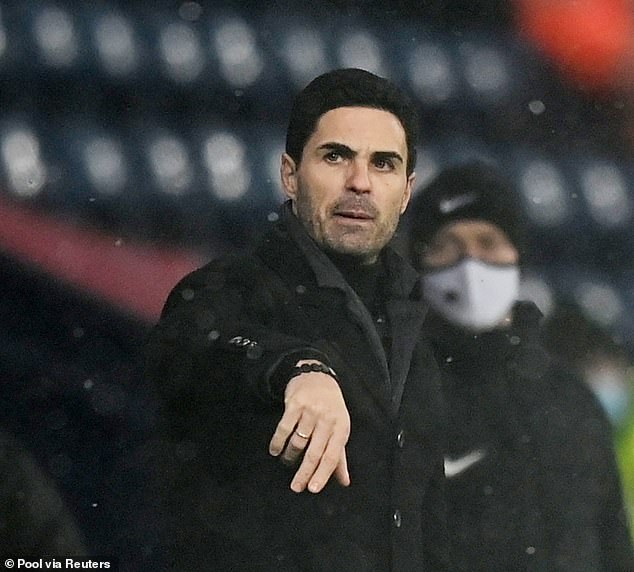 ‘We will talk in the summer and make a decision on what is going to happen,’ he said.

‘We haven’t talked about anything relating to his contract. I’m delighted with the way he is performing, the goals he is scoring and the form and energy he is in at the moment. He needs to keep doing that.’

Lacazette was Arsenal’s then-record signing when he joined from Lyon for £46.5million in 2017 and has scored 57 goals in 146 games for the club.

His second-half brace at The Hawthorns helped move the Gunners up to 11th in the Premier League table.

Tierney has suffered injury problems since a £25million move from Celtic in 2019, including a serious shoulder issue, but Arteta believes he is a future Arsenal captain. 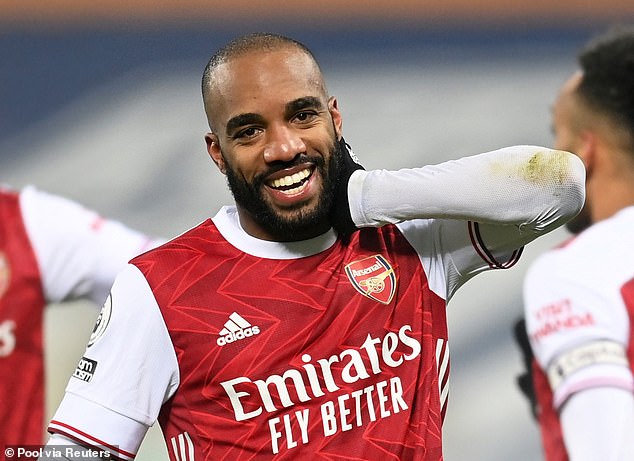 ‘I think he can be because he has the respect and admiration of the staff and every player,’ he said.

‘It’s just the way he is, he does it in a natural way. He is a shy boy but he represents all of us at the club, all the values we want to install.

‘He can still improve, but at the moment he is a real threat in attack and has been really solid defensively.

‘He’s so humble, he had a really bad injury, was away from home, but he is a natural leader. When he talks he says the right thing and, again, he is exactly what we’re looking for and I’m so pleased to have him in the team.’