Home » Soccer » LADYMAN: If only Walter Smith had been in Souness' corner at Liverpool

IAN LADYMAN: If only Walter Smith had been in Graeme Souness’ red corner at Liverpool… perhaps a wise word and a steadying hand would have worked wonders at Anfield

They said farewell to the late Walter Smith last week and a tribute by Graeme Souness was beautiful and colourful.

Smith, he explained, had been his greatest calming influence — his mediator and filter — when assistant to Souness at Rangers in the 1980s. The two men won seven trophies.

Writing in his Sunday Times column, Souness described Smith as ‘my rock’. He said he was like a ‘friendly uncle’ to those Rangers players who felt unable to bring their problems to the door of the manager. 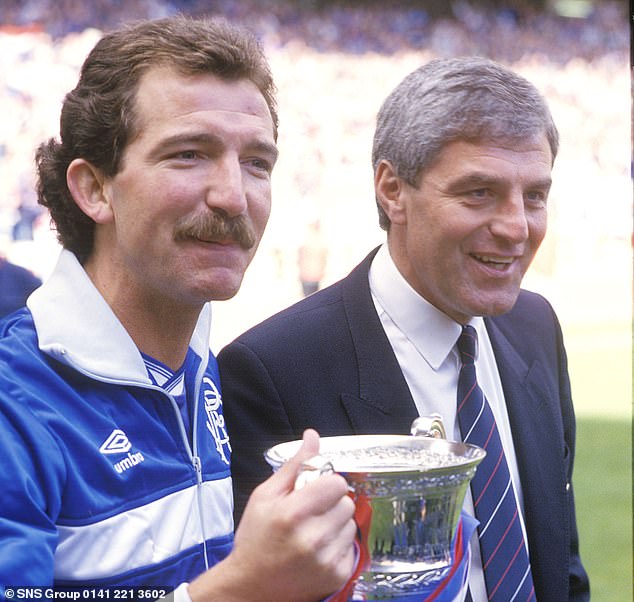 Graeme Souness paid a lovely tribute to his late friend and mentor Walter Smith, and the question should be asked of the success the pair could have perhaps achieved at Liverpool

There are few more fascinating folk in football than Souness. He was a superb player, one of the top half dozen I have ever seen play. He was a more than capable manager and is now among the best pundits on television.

The great blip in his career was his time as manager of Liverpool.

‘Everything I did there was wrong,’ said Souness when I interviewed him in 2016.

That was an exaggeration but his spell in the early 1990s was indeed a huge disappointment and his main weakness was his impatience.

The unwillingness to yield that served him so well on the field, the desire to get things done in a hurry, did not help when he returned to Anfield as manager to inherit an ageing, complacent squad. 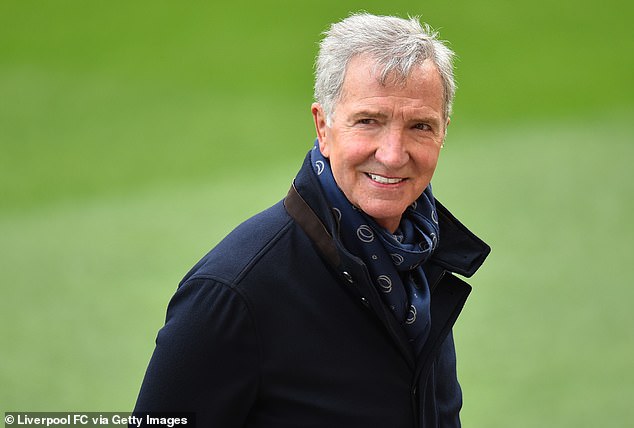 Souness could also sometimes struggle to contain an innate competitive streak. At Blackburn, he would join in training and tackle with all the enthusiasm of his playing days.

And watching his part in a compelling post-match debate on Sky Sports after Saturday’s Manchester derby, you could see every inch of all this.

Roy Keane, appearing with Souness alongside Micah Richards, provided the soundbites that made website headlines across the world.

But Souness’s analysis was the more complete. His view of what he had just seen most chimed with the neutrals among us. It was Souness who cut to the very heart of it.

And throughout it all, bubbling away millimetres beneath the surface, was everything we know and love about him.

The sheer conviction in his own view. The impatience felt while listening to an alternative he felt made no sense. The irritation suffered at watching failing Manchester United players he knows are on their way to getting their manager sacked.

And that, in turn, brought us back full circle to what he wrote about his dear departed friend Smith. 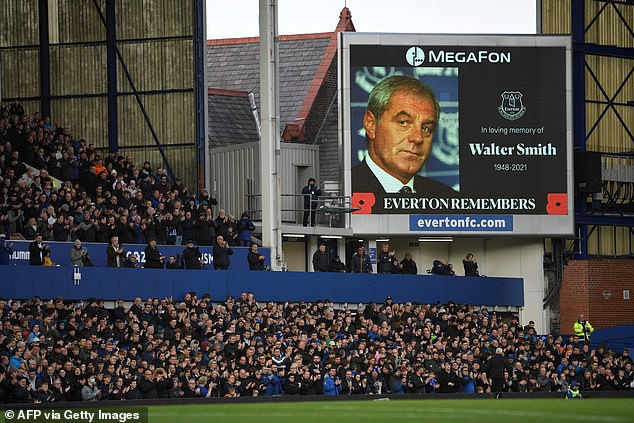 In that newspaper column he revealed he wanted Smith to come with him to Liverpool when he left Rangers in April 1991 but it never happened. Smith said no.

Souness admits he subsequently tried to change things too soon on Merseyside. He made too many enemies.

With Smith to smooth out his rough edges at Anfield, maybe Souness would have lasted longer than those three disappointing years. It is certainly worth a thought.

Ole used to be a details man… not any longer

Patrice Evra tells a story about sitting next to Ole Gunnar Solskjaer when they were both Manchester United substitutes.

Solskjaer told Evra to stop talking as he was trying to concentrate.

‘He was working out which (opposition) defenders were tiring, in case he was asked to go on,’ recalled Evra. 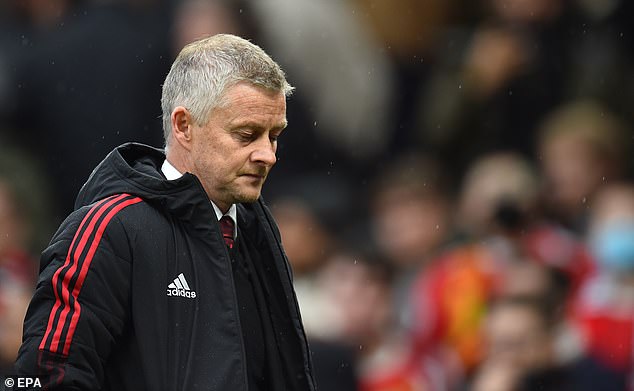 So Solskjaer was a small details man as a player yet it is these that continue to threaten his future now.

United had four touches in the Manchester City box on Saturday, the lowest in any game at Old Trafford since 2008. They had more shots on their own goal than they did on City’s. They had one corner. They are yet to score from a free-kick this season.

Solskjaer has given it a good go as United manager. For a while he moved them forwards. But now they are in reverse and it feels like he is on his final lap.

At Wolves Nuno Espirito Santo was known for inventive and intense coaching and also for an unyielding commitment.

Living in a rented flat he didn’t see his family — still living in Portugal — for weeks at a time.

At Tottenham it was different immediately. 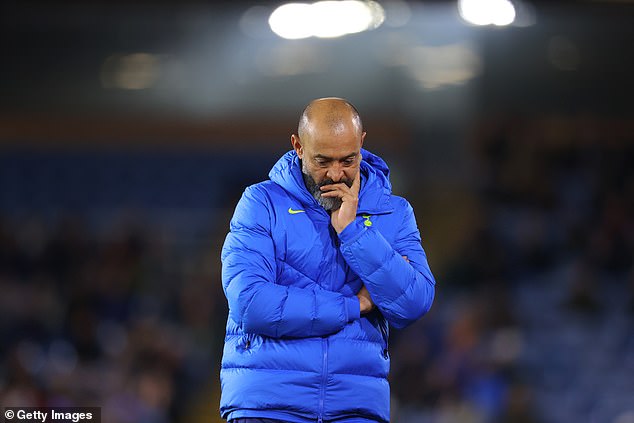 Not only were Tottenham pretty lukewarm about appointing him — he was arguably eighth on the club’s list — but he seemed to feel that way about them too.

Staff never felt the enthusiasm, energy and vigour that a new manager usually brings to a post.

With Nuno, while few at Spurs doubted his ability to do the job, many felt he lacked the appetite for the hard yards required by the game at the top level.

When he left Wolves, it was said Nuno needed a break and with hindsight that was right. At Spurs he looked like a man worn out by the demands of the profession.

Brighton played for five minutes of added time with defender Lewis Dunk in goal after Robert Sanchez was sent off against Newcastle.

During that time, Newcastle won a free-kick 35 yards out, a throw-in pretty much level with that on the far touchline and, finally, a corner kick.

What they didn’t do was manage to make Dunk touch the ball. Not once. Not even close. 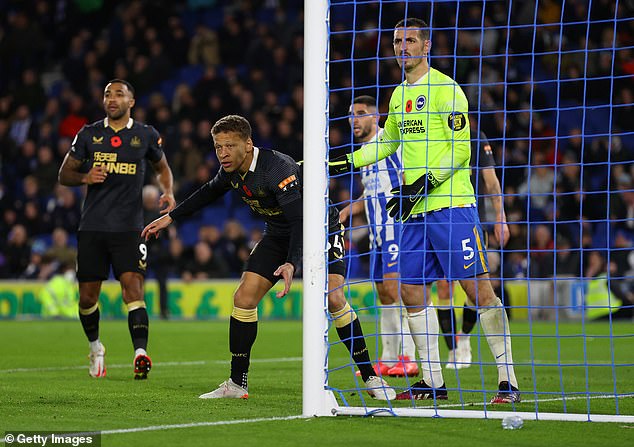 The free-kick was lofted aimlessly towards the angle of the penalty area, the throw-in taken short and the corner too feeble to beat the man protecting the first post.

So incoming manager Eddie Howe will have learned something else now.

Not only are his Newcastle players not terribly good, they are not awfully bright either.