Competing with LaLiga’s elite is like ‘David against Goliath,’ insists Osasuna chairman Luis Sabalza… playing without fans has ripped the heartbeat out of the Pamplona side but they ‘must fight hard’ in season-defining game against Eibar

Asked to describe how difficult it is to compete as a fan-owned team against the might of Real Madrid and Barcelona, Luis Sabalza, figuratively at least, turns to the biblical Book of Samuel.

‘There are owners who are millionaires, but at Osasuna it is a lot like David against Goliath, as the bible says.

‘David solves the problems and for us, with a real desire to be better, we sometimes manage together (to solve our own).’ 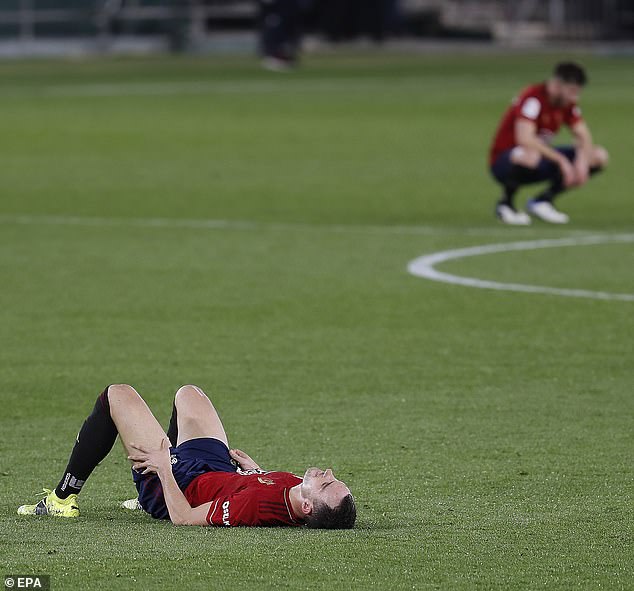 When Sabalza was elected as chairman in 2014 he had two wishes: for Osasuna to reach LaLiga in time for their 100th centenary season (2020-21 campaign) and the second was to still be in charge to celebrate it.

Promotion to the LaLiga arrived a year early and a 10th-placed finish in their first season gave rise to suggestions that the Navarre side could make an unlikely push for Europe, much like Granada did, this time round.

Instead the dream of their centenary year became a nightmare when the Covid-19 pandemic struck.

No fans. Osasuna’s heartbeat ripped out. Results have collapsed and now the challenge is to make sure fans still have a top-flight club to come back to when they are back at El Sadar.

‘We can’t always be romantic, we have to also be realistic,’ Sabalza added. 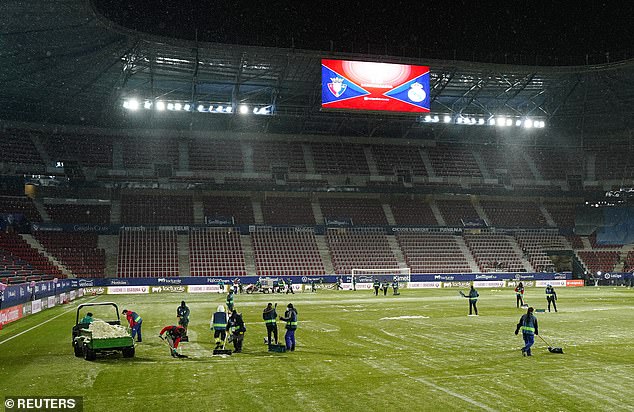 ‘Our intention is to have many, many years in the first division. Apart from these big companies that own the teams, we hope that member-run clubs still qualify for important things.’

He’s right, too. It is time to be realistic.

Every one of the club’s 20,000 members would take a 17th-placed finish if it was offered up to them now.

Survival starts on Sunday in what feels a must-win home game against fellow strugglers Eibar.

An empty El Sadar is the backdrop; a shell of the stadium that has long been viewed as one of the best atmospheres in Spanish football.

For if Barcelona have been hit hardest by the pandemic financially, it could well be argued that no side is missing their supporters quite as much as Jagoba Arrasate’s Osasuna are.

Four wins from their opening 21 games attests to the struggle. At this stage last season they were nine points better off and sat 10th, not 18th. 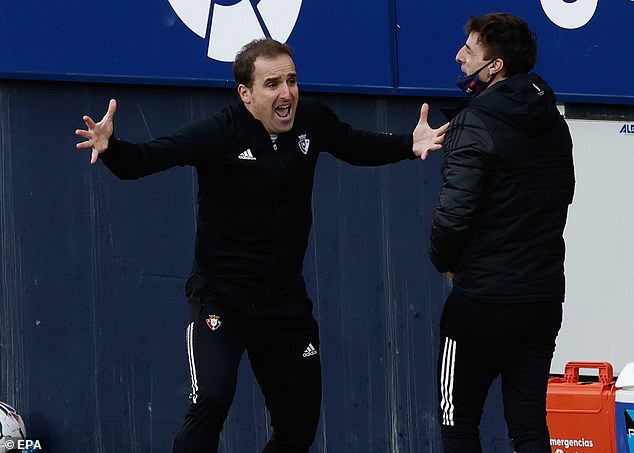 ‘An empty stadium is not useful at all,’ Sabalza explains.

‘Our fans are a very important part of Osasuna. The stadium vibrates a lot and it drives the team on.

‘Everyone says to me there is no stadium like El Sadar to really enjoy football.

‘It is obvious that it has affected us negatively in some matches but we have to fight against the pandemic and try and solve this issue that is affecting us all.

Competing with big business, as Sabalza puts it, is never easy but Osasuna have never looked to rip up the model which has brought them so much success.

Sabalza talks animatedly about capturing ‘the essence of football’ and he believes that is only possible with a member-run club.

In LaLiga there are four – Osasuna, Athletic Bilbao, Barcelona and Real Madrid. 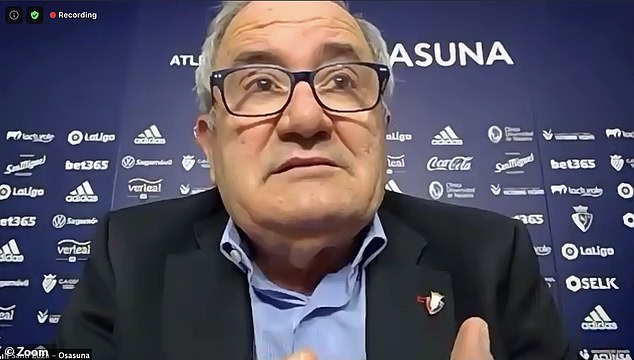 Speaking to Sportsmail on Zoom, president Luis Sabalza acknowledged the battle to survive

The way it works at El Sadar is there are 20,000 members that then becomes a general assembly of 400, selected by peers, to make key decisions on behalf of the supporters.

There is then a five-person committee to manage finances which, of late, has juggled the global pandemic with large-scale redevelopment of El Sadar.

‘We are very proud of being a member run club but you have to recognise it is very difficult,’ said Sabalza.

‘Football has become a business but we are different. We try to have the essence of traditional football. Fans are a very important part and at the beginning we want to survive, it’s difficult.

‘We have never wanted – and hope we never will be – a public limited sports company. Our members are connected to the roots and it’s a local club that represents all the feelings represented to Navarre.’

But LaLiga is no place for a fairytale, no place to indulge in the romanticism of a member-run club celebrating a remarkable 100 years in existence. 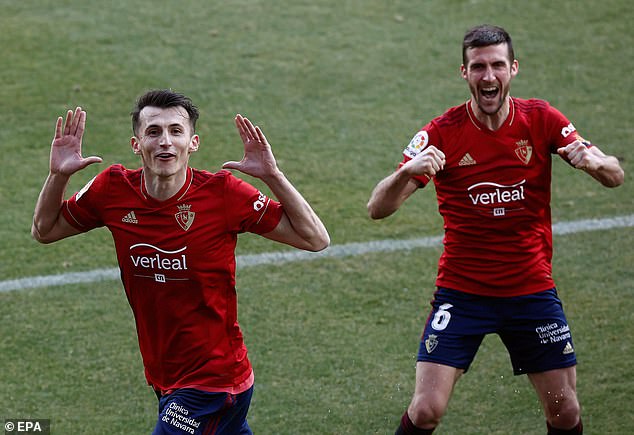 ‘But we’ve missed a great opportunity. We have to stand up, and be ready for Sunday.’

Victory over Granada in their last game at El Sadar showed, finally, some signs of life.

Much like David striking Goliath, Arrasate’s side showed they were up for the fight and now they must conquer Eibar in what looks to be the biggest game of their season so far.

Watch Osasuna vs Eibar on LaLigaTV on Sunday, available to Sky UK and Virgin customers across the UK from just £6.99 a month.