Erik Lamela brushes off claims he should have seen red for studs-up challenge on Burnley’s Dwight McNeil, as Argentina winger insists it was ‘100 per cent great tackle’ despite Sky Sports co-commentator Andy Hintchcliffe suggesting otherwise

Erik Lamela insisted his challenge on Burnley’s Dwight McNeil was a ‘great tackle’ despite suggestions he could have been sent off.

Lamela was introduced in the second half and helped his side secure a crucial 1-0 victory over Sean Dyche’s men.

In the final minutes, the Argentine came in with a full-blooded tackle on McNeil, who he caught with his studs as he won the ball but no action was taken by referee Michael Oliver. 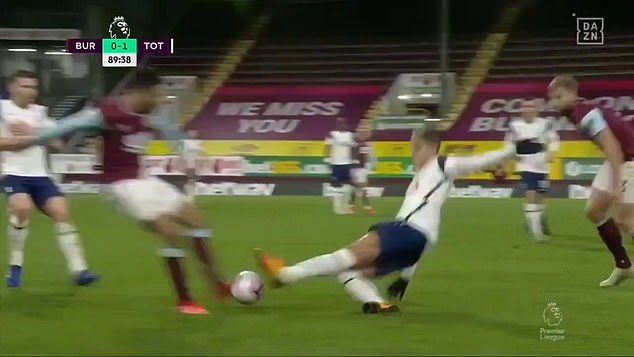 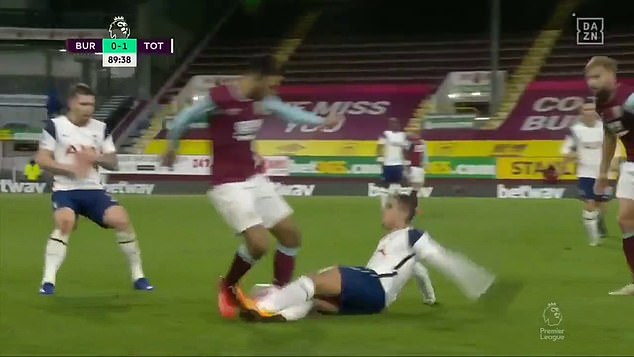 Lamela then cheekily took a sip of water from the Burnley physio’s bag after his opponent had got back to his feet.

Sky’s commentary team of Rob Hawthorne and Andy Hinchcliffe questioned whether the winger could have been sent off for the challenge but Spurs hero Roberts vehemently disagreed.

The former defender responded to an initial tweet from another ex-Tottenham player, Ryan Mason, which read: ‘Co-comms on sky pretty anti spurs tonight. Clean sheet and away win at Burnley is a good result.’ 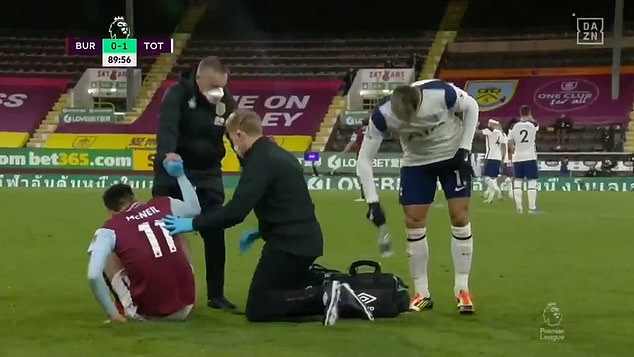 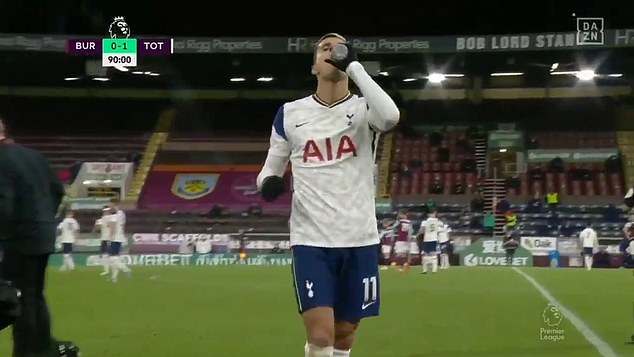 Roberts replied: ‘You right @RyanMason the tackle by @ErikLamela was a great tackle and the co commentator saying lucky not to be sent off what game was he watching.’

Lamela was clearly in agreement and responded to Roberts’ post, saying: ‘Of course 100% great tackle.’

The 28-year-old was arguably lucky not to see red in the 6-1 victory over Manchester United.

The winger appeared to put his arm into United’s Anthony Martial before a corner with the forward retaliating by making contact with his neck.

Lamela went to ground and referee Anthony Taylor then decided to send Martial off but took no action against the Tottenham man. 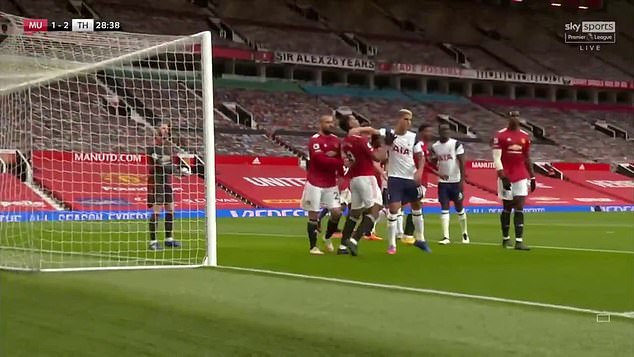