Manchester City were left sweating on defensive injuries again as Aymeric Laporte and Fernandinho hobbled out of the victory at Wolves.

Pep Guardiola revealed there are concerns for club captain Fernandinho, who suffered a muscle problem ahead of Sunday’s penultimate Premier League game at West Ham.

Laporte came off after taking a knock to the knee on a night City preserved their three-point lead over Liverpool in the title race. 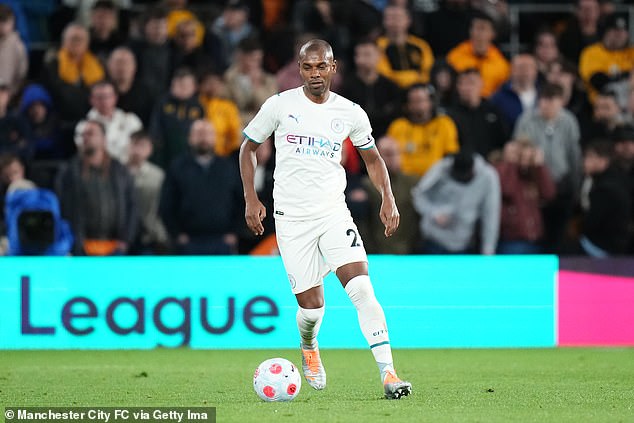 ‘It’ll be difficult for Sunday. Aymeric had a tough knock and we’ll see for West Ham.’

City became the first team in top-flight history to win five consecutive games by at least three goals, with Kevin De Bruyne taking his tally to 15. 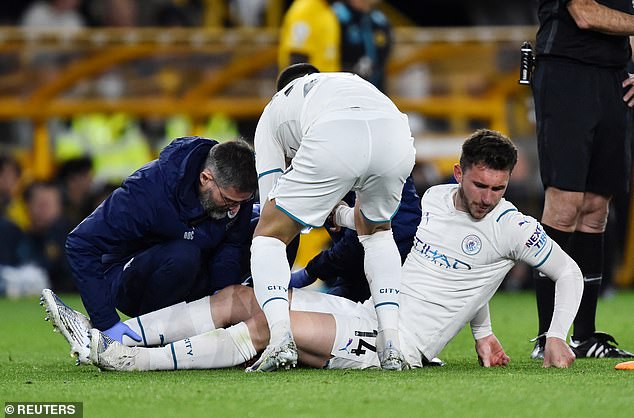 Guardiola lauded the Belgium midfielder’s impact during the business end of this season — and revealed that they had been pestering him to add more goals to his game.

‘His second part of the season was beyond perfect,’ said the City boss. ‘He has become prolific with the goals this season. He has been decisive. Maybe this is the greatest year.

‘We spoke over the years about being closer to the box, to score (more) and this season is the year he has done better. I’ve got the feeling he has started enjoying scoring goals, before it was just assists.’

De Bruyne joked that he should have left Molineux with more than his four goals after also striking a post. He has produced two man-of-the-match displays since Guardiola brought him off during last week’s chastening Champions League semi-final defeat by Real Madrid. 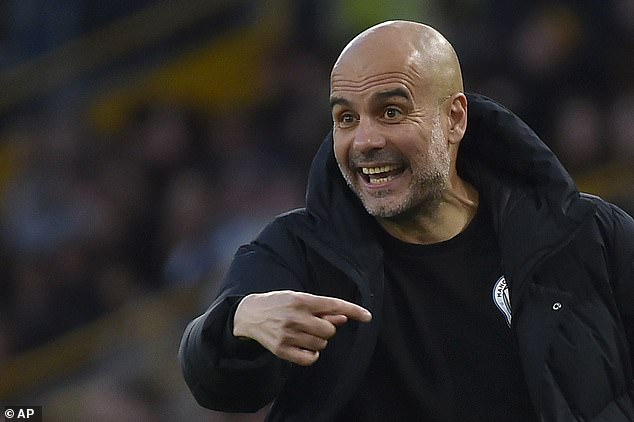 ‘It should have been five to be honest,’ said De Bruyne, who scored three with his weaker left foot.

‘Whenever you get the opportunity, don’t hesitate. I’m never afraid to shoot with my left. Last week is difficult to explain because it was a mad five minutes. It wasn’t that we played badly, just a five minutes we can’t explain. I don’t know what happened, I was out of control on the bench.

‘You’re in shock. It’s not nice and the feeling still isn’t nice but you need to move on. We’re still trying to win the title.’

Guardiola added on the £51million signing of Erling Haaland: ‘It is a decision for the club to make a good signing for the future. He can come for many, many years hopefully and I am pretty sure he will adapt perfectly to our team.’