Home » Soccer » LEAGUE ONE AND TWO: A tall order for Jimmy Floyd Hasselbaink at Burton

LEAGUE ONE AND TWO ROUND-UPS: A tall order for the returning Jimmy Floyd Hasselbaink at Burton Albion while there is more Marines misery for Paul Hirst’s Grimsby after Ian Holloway departure and Cambridge loss

After watching Burton’s plight from the television studio sofa, Jimmy Floyd Hasselbaink felt compelled to try to save the club he had so much success with.

Hasselbaink led Burton to their first ever promotion to League One six years ago but took over last week with the club bottom of the third tier.

The 48-year-old former Chelsea striker watched from the stands on Saturday as the Brewers, who have won just two games all season, were thrashed 5-1 at home by Oxford. 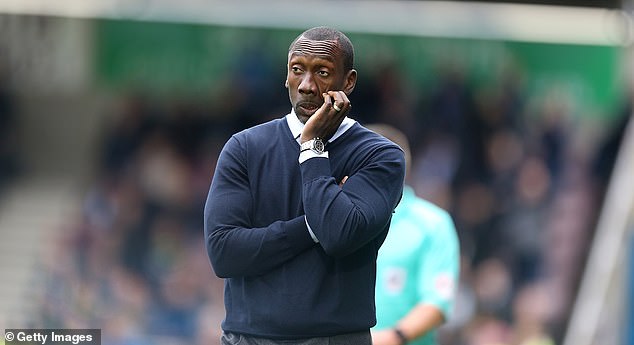 Hasselbaink said: ‘There is a lot of work to be done — let’s not kid ourselves. It’s a totally different job from my first time here. They are low on confidence and we need to organise as soon as possible.’

Lincoln took advantage of an AFC Wimbledon side who were missing 12 players to go four points clear at the top.

Imps boss Michael Appleton — self-isolating at home — watched his side secure a 2-1 away win through a late Tom Hopper goal. 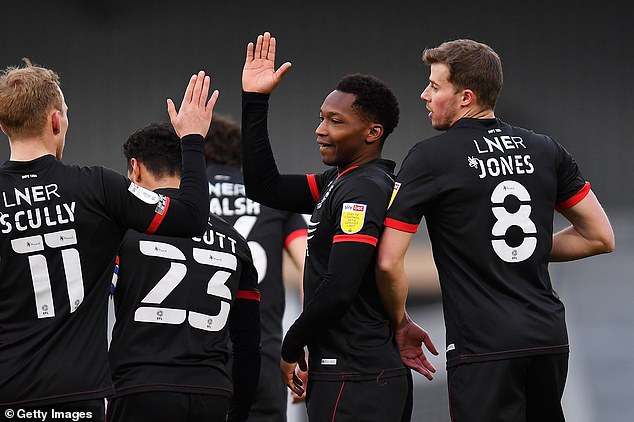 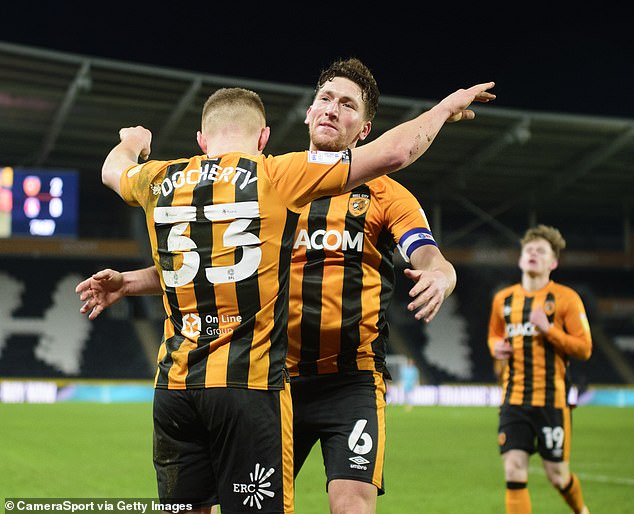 Hull got the better of promotion rivals Charlton with a 2-0 home win to move up to second.

Boss Grant McCann said: ‘It was important for us to get back on the winning trail and we were well worthy winners.’

In 2016, Paul Hurst led Grimsby back to the Football League after a six-year absence.

Five years on, he has returned to stop the Mariners sliding back into non-League.

After Ian Holloway’s disastrous spell in charge, Hurst has the second half of the season to turn the club’s fortunes around. 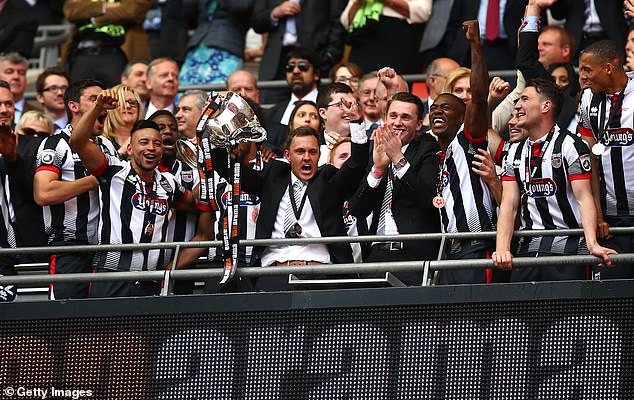 As if he needed a reminder of the scale of the task, Grimsby dropped into the relegation zone after going down 2-1 against Cambridge at Blundell Park.

Hurst said: ‘We need players in. There’s an old saying that you can put a dog on a pitch and it will run around, but you won’t do very well with a team of 11 dogs so we have to bring quality in.’

With Forest Green against Oldham abandoned mid-game due to fog and Newport’s fixture at home to Southend off thanks to a frozen pitch, Carlisle seized top spot with a 2-0 victory at Walsall. 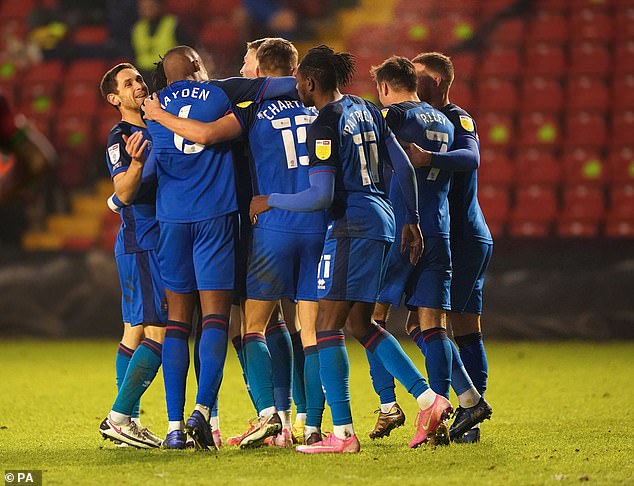 Boss Chris Beech said: ‘We’ve worked very hard to be here. Congratulations to everyone for the effort they put in.’

Bolton manager Ian Evatt claimed his side can still achieve promotion despite being eight points off of the play-offs.

Bolton are without a win in three games following a 1-0 home defeat by Crawley, but Evatt said: ‘We are by no means out of it. That’s how crazy the league is. There are 25 games left and we are massively in the hunt.’