Diego Llorente scored a late equaliser for Leeds in a 1-1 draw with Liverpool as fans protested outside the ground over the European Super League proposal.

Liverpool fans have reacted angrily to the news that their club could be involved in a breakaway European competition with Jurgen Klopp admitting he understood their grievances before kick-off. He said that Liverpool’s focus wouldn’t be affected and his team delivered on that notion in the first half, pinning Leeds back for large parts and opening the scoring through Sadio Mane (31) after a forceful run and assist from Trent Alexander-Arnold. 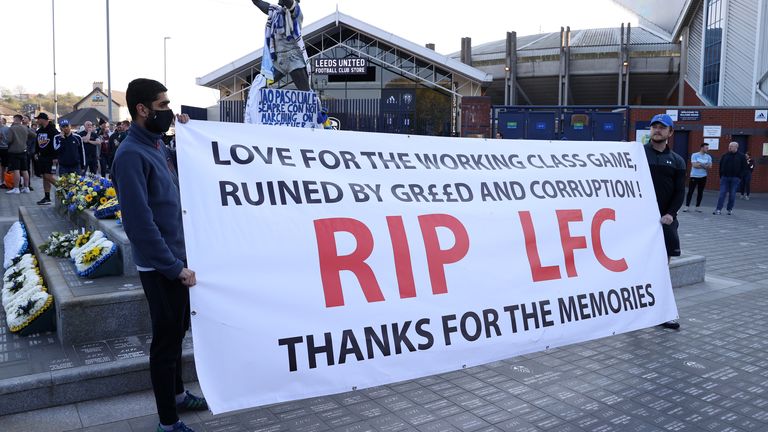 Man of the match: Trent Alexander-Arnold

How Super Leeds fought back…

However, some lacklustre finishing always left the door open for Leeds, who improved as the game wore on and Llorente headed home his first goal for the club (87).

The result leaves Liverpool outside the top four in sixth place with six games remaining while Marcelo Bielsa’s side are finishing the season strongly and now unbeaten in five games.

Leeds made a clear statement in the warm-up as they wore t-shirts with ‘Football is for the Fans’ written on the back. Klopp, whose team didn’t wear the shirts, was angered by their opponents putting the shirts in their dressing room and sent his team out with attacking intentions. 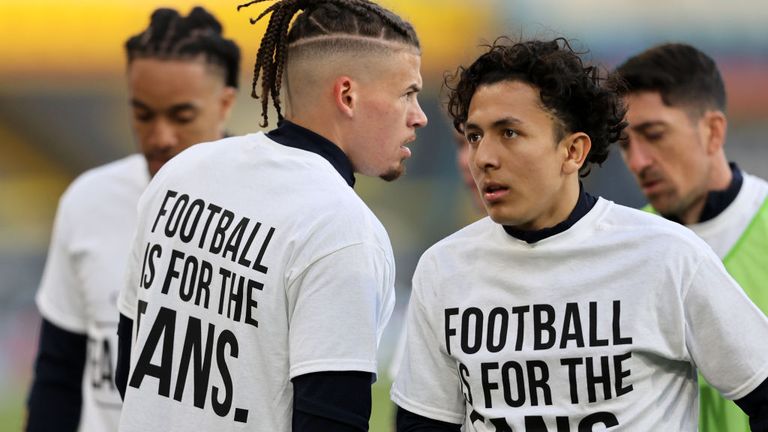 Thiago Alcantara’s early strike was tipped over the bar by Illan Meslier and Diogo Jota’s close-range effort was blocked away.

Leeds were struggling to create but were almost gifted an opening goal as Fabinho played a woeful pass and Patrick Bamford went clear on goal, but Alisson produced a crucial block.

But Liverpool carried the greater threat and turned their territory into a goal on 31 minutes.

Alexander-Arnold charged in behind on to Jota’s superb through ball and kept his composure – in front of a watching Gareth Southgate – to slide a lovely pass for Mane to stroke home his first goal in nine Premier League matches.

The goal was also Liverpool’s first goal scored before the 45th minute in a Premier League game since December 27.

The pattern continued after the break with Liverpool creating all the big moments. Roberto Firmino was denied by Meslier’s near-post save at the start of the second period and Jota headed narrowly over from the subsequent corner.

Leeds started to win more second balls as the half developed and Alexander-Arnold escaped a penalty appeal against him after the ball appeared to hit his lower arm and Helder Costa failed to keep his far-post volley on target.

Mohamed Salah replaced Mane with 19 minutes left as Klopp tried to take the game back in his favour, but Leeds continued to dominate. Patrick Bamford came within inches of an equaliser when his exquisite touch and clever volley struck the crossbar and Alisson saved again from Roberts.

Time was running out for Leeds but Llorente rose highest to send a thumping header past Alisson to give Leeds a deserved point.

Man of the match: Trent Alexander-Arnold

It’s no coincidence that the drop in form of the supremely talented full-back had come alongside Liverpool’s patchy run of form. In the first half at Elland Road we saw Alexander-Arnold at his brilliant best, making clever runs and providing first-class distribution for his team-mates. That was on show for Liverpool’s goal where he combined both the peaks of his skillset to allow Mane the easiest of tap-ins to end his goal drought. His influence waned as the game wore on but this was a performance hard to ignore. 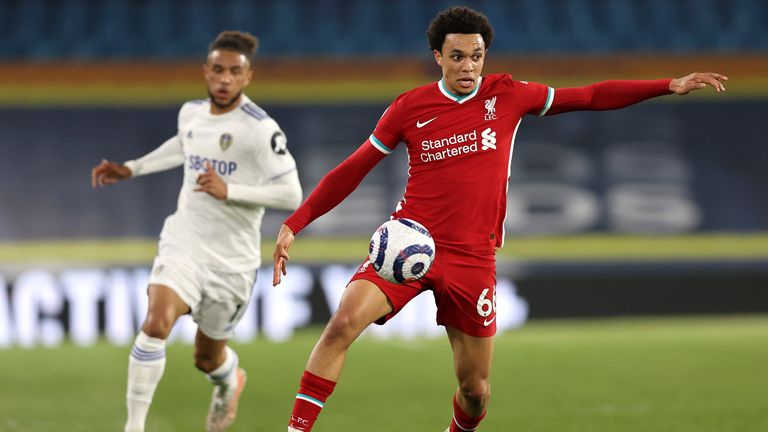 Next up for Leeds are Manchester United next Sunday, a game live on Sky Sports (2pm kick-off). Liverpool welcome Newcastle to Anfield on Saturday lunchtime (12.30pm kick-off).