Joe Gelhardt’s first Premier League start shows why Leeds gambled on teenage striker, who they hope can live up to ‘next Wayne Rooney’ hype

It’s too early for a Clive Tyldesley ‘remember the name’ declaration, but it’s easy to see why Joe Gelhardt is being likened to a young Wayne Rooney. His stocky build. His strength. His low centre of gravity. He’s the type.

Hell, he’s even from Merseyside. Scouts from those parts are used to being told about the ‘next Rooney’ whenever a talented kid on their patch is making noise. Most don’t live up to the hype. Leeds are hoping Gelhardt does.

At the cost of an initial £700,000, paid to Wigan Athletic in 2020, the club could afford to take the chance on this 19-year-old prospect. Although it’s looking less like a gamble and more like a sound investment. 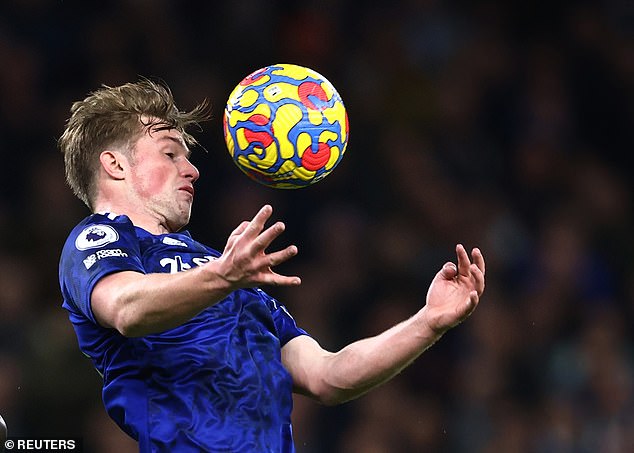 Gelhardt’s first Premier League start was promising, even if it did end in defeat. He’s been scoring for fun for Leeds’ Under 23s, but then those games aren’t played with the pressure of 60,000 sets of eyes watching your every move.

Appearing in front of a crowd of this size is still new to this England Under-20 teenager and, to his credit, he didn’t shy away. He came close twice in the second half, unleashing two rasping left-footed efforts which needed saving by Tottenham goalkeeper Hugo Lloris.

He ran himself into the ground until his number was up. He looked disappointed with himself when substituted after 86 minutes, but the sight of his shirt drenched in sweat will have satisfied his boss, at least. It meant he’d ticked off one of the Leeds non-negotiables: that you work hard. 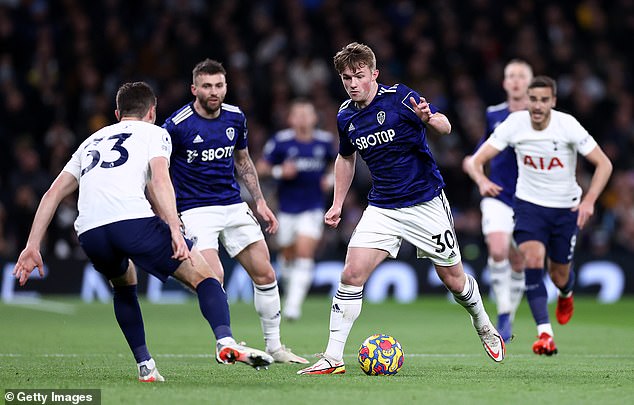 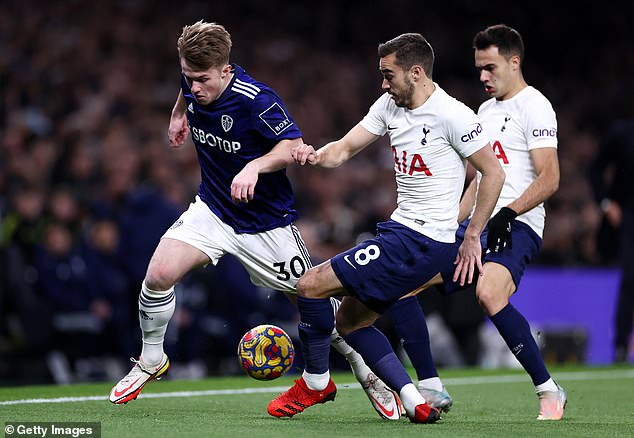 Gelhardt had to wait for this moment, with his club keen on fixing his fitness after he arrived in a condition which didn’t meet their manager’s high standards. Not that this was entirely his fault.

Gelhardt wasn’t taught a great deal about nutrition and the like at Wigan, where it’s said he would run 9km per game, maximum. Now that he’s enrolled in the Marcelo Bielsa school of athleticism, an elite programme which includes lessons in ‘murderball’, he’s covering closer to 11km per game.

He’s as fit as he’s ever been, which helped on Sunday. He wasn’t a stationary striker, standing up top with a directive to distract Tottenham’s centre backs. He was fluid, forever searching for the ball and showing he can hold on to it when others try to bump him off it. 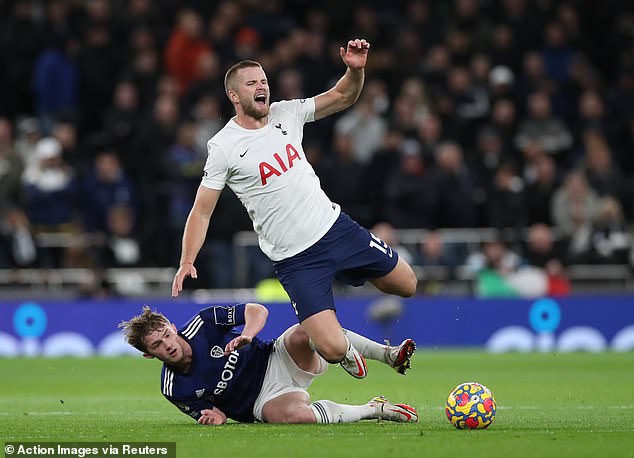 That tallied with Jamie Redknapp’s description of him as a ‘human wrecking ball’, meant in the nicest way possible. ‘I like him,’ said the Sky Sports pundit and Sportsmail columnist. ‘He’s really exciting. He’s fast. He’s aggressive. Once he gets into the box he loves it.’

Gelhardt’s substitute appearance against Wolves a month ago, in which he toyed with opposition defenders and won a decisive late penalty, told supporters they had not seen the last of him.

This was another good glimpse of a teenager who’s only going to get better and better. The first Premier League goal will come and once it does, Leeds hope a flurry will follow.