Leeds owner Andrea Radrizzani has U-turned on the Whites’ controversial tweet which appeared to invite online abuse towards Amazon pundit Karen Carney. Ahead of yesterday’s 5-0 win at West Brom, former England international Carney posed the question whether Leeds may run out of steam come the end of the season.

Carney also claimed that the break in play last season due to the coronavirus enabled Leeds to rest and recharge ahead of the run-in, something she deemed integral to their promotion back to the Premier League.

Leeds’ official Twitter account took the chance to mock Carney for her comments after they ran riot at The Hawthorns, reposting the video with quotes and emojis.

Radrizzani then weighed in on the ordeal last night and appeared to justify the post, by claiming Carney’s comments were disrespectful.

He tweeted: “I take the responsibility of the Club tweet. I consider that comment completely unnecessary and disrespectful to our Club and particularly to the fantastic hard work of our players and coaches whom were understanding on the pitch for the last two championship seasons by all stats.” 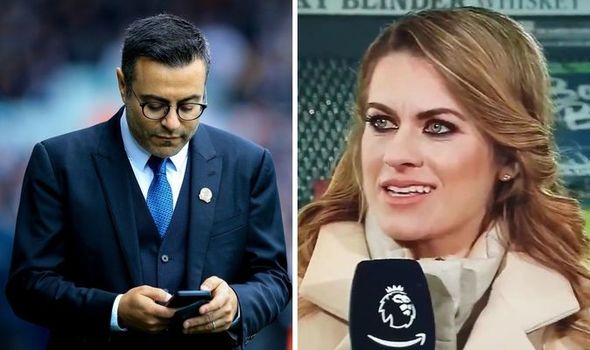 While the Italian continues to defend his club’s achievements, he has now changed his stance and issued a sincere apology to Carney.

Speaking to talkSPORT’s Jim White, Radrizzani even said he’d be willing to welcome Carney to Elland Road as a special guest.

“I wanted to defend my club and our players from a comment, which I felt was harsh from Karen on air.

“Our tweet wasn’t offensive – simply stating that we won the league by 10 points.

“We honestly didn’t expect such a reaction and we are sorry she experienced that.

“I respect her as a person and a pundit and I hope she understands that we just want to defend our club, we are a family.

“I hope the abuse stops and we can move forward and I hope Karen will be our guest at Elland Road soon – I’d like to meet personally with her.”

“It’s part of the pundits job to give opinions and it’s a sign of their effectiveness when clubs and fans pile on.”

“Everyone at our club respects Karen greatly for all she has achieved in the game, as well as her work in the media and the charity work she undertakes.”