Leeds United are planning to sign Illan Meslier on a permanent basis at the end of the season. The Championship leaders will only go ahead with the deal if they win promotion to the Premier League, however.

Meslier has impressed since arriving at Elland Road on loan from French Ligue 2 outfit Lorient.

The 20-year-old kept two clean sheets in two appearances since deputising for the suspended Kiko Casilla before the coronavirus outbreak brought the Championship campaign to a halt.

He also stood out on his debut in January’s FA Cup defeat to Arsenal, making a string of saves and impressing with his distribution at the Emirates Stadium.

Marcelo Bielsa believes the Frenchman is one of the best young goalkeepers in Europe. 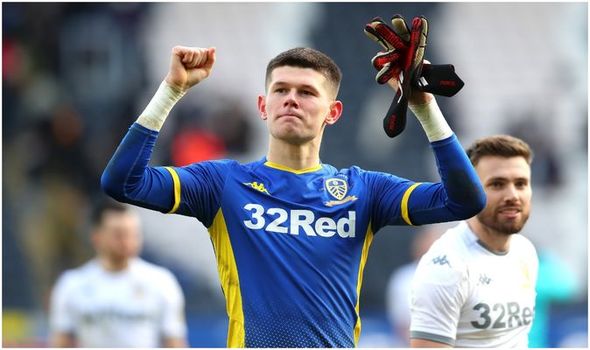 The Leeds head coach was full of praise for Meslier after his Championship debut in the 4-0 win over Hull City on February 29.

“He was calm and confident and he took risks,” said Bielsa.

“He gave us the feeling that he’s confident.”

According to the Daily Mirror, Leeds will active a £6million buy-out clause if they earn their way up from the Championship. 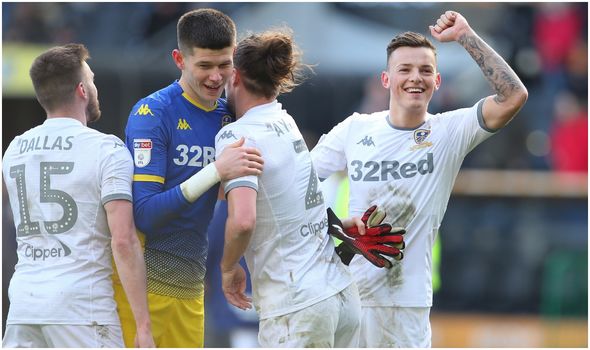 Meslier, who was identified by Leeds goalkeeping coach Marcos Abad, has been on Lorient’s books since he was six and has been capped by France at every level up to the Under-20s.

Leeds top the Championship table with nine games of the 2019/20 campaign remaining.

They lead West Brom, who were at the summit for most of the season, by a single point. Fulham are six points further back in third.

Championship action is not slated to resume until April 30 due to the coronavirus pandemic but it is feared play will not restart until June.