Leeds have some unfinished business in the transfer window and Marcelo Bielsa could utilise his relationship with Mauricio Pochettino if he is confirmed as Thomas Tuchel’s replacement at Paris Saint-Germain. The Whites spent close to £100million on new recruits in the summer following their promotion from the Championship.

Big money was spent on the likes of Rodrigo, Diego Llorente, Raphinha and Helder Costa but they were unable to bring in more midfield recruits.

And they’ve looked light of options in central midfield this season as a result with both Pablo Hernandez and Jamie Shackleton spending time on the treatment table.

Kalvin Phillips has also missed a handful of games with Mateusz Klich the only regular feature in Bielsa’s midfield.

Rodrigo De Paul was Leeds’ top target in the summer while Michael Cuisance looked all set to join before his transfer fell through from Bayern Munich.

JUST IN: Three Tottenham stars Mauricio Pochettino could try and sign for PSG 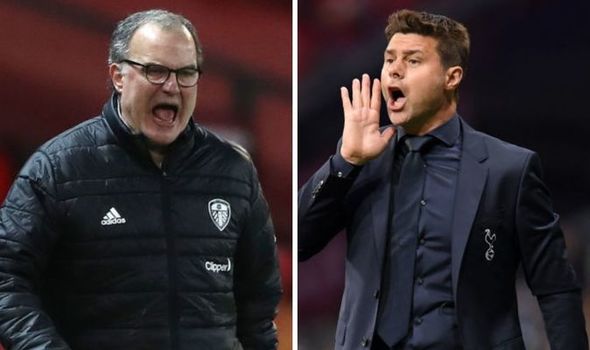 Todd Cantwell and a number of other Championship players were also being linked with a move to Elland Road, suggesting their sole focus heading into January will be signing a top quality midfielder.

Bielsa has a vast array of contacts from his time in management around the world and Leeds will likely need to call upon him when looking at potential targets.

January often proves too costly for clubs to bring in a permanent signing though and Leeds may well have to find a short-term loan deal.

And the Leeds boss could well have the perfect opportunity with Pochettino set to take over at PSG.

Pochettino played under Bielsa for Newell’s Old Boys, Espanyol and Argentina and he recently spoke of his admiration for his former coach.

If the former Tottenham boss does take charge at PSG, he will want to start building his own squad with an eye to make some changes in January.

And midfield could be the first area Pochettino looks to shake things up with a vast amount of options at the club.

Ander Herrera, Idrissa Gueye and Rafinha have been the most used under Tuchel this season while Danilo Pereira and Marco Verratti have also played a lot.

But there are some quality options who are struggling to find regular football with major international football tournaments coming up in 2021. 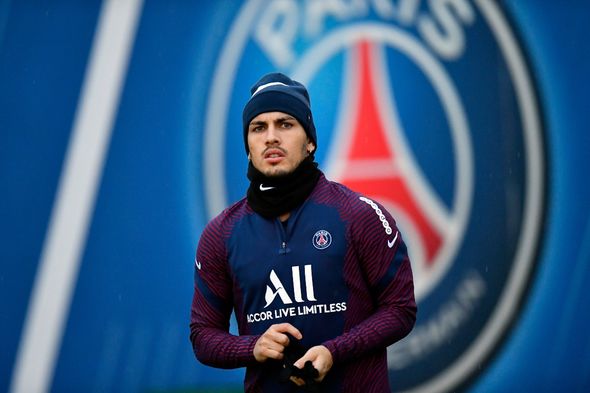 Julian Draxler has been on the periphery at PSG for some time now and as a result he’s lost his place as a regular for Germany.

Leandro Paredes will also want to build up some form ahead of the 2021 Copa America and both players could look to leave in January for regular football.

Both players would command interest from top clubs around Europe but Leeds transfer chief Victor Orta could potentially count on Bielsa’s relationship with Pochettino to help give them an edge in the market.

It would be a huge statement of intent for Leeds moving forward as well that they can be a destination for established international stars.