Leicester City are close to reaching a deal with Ligue 1 champions Lille for 22-year-old midfielder Boubakary Soumare, for a fee which could rise to £18m.

Soumare is keen on a move to Leicester, and has been encouraged by his international team-mate Wesley Fofana, who moved to the King Power Stadium in October.

Lille have delayed talks until now because they did not want any distraction for the team as they secured the French title for the first time in 10 years at the weekend.

Nevertheless, there are still contractual details to be agreed.

It is thought the transfer will not be completed until Soumare has finished his time playing in the U21s Euros – with France’s opening game of the summer finals on Monday against the Netherlands, live on Sky Sports.

Soumare has long been a target for Leicester, who are keen to further strengthen their squad after missing out on Champions League qualification with defeat to Spurs on the final day of the season. 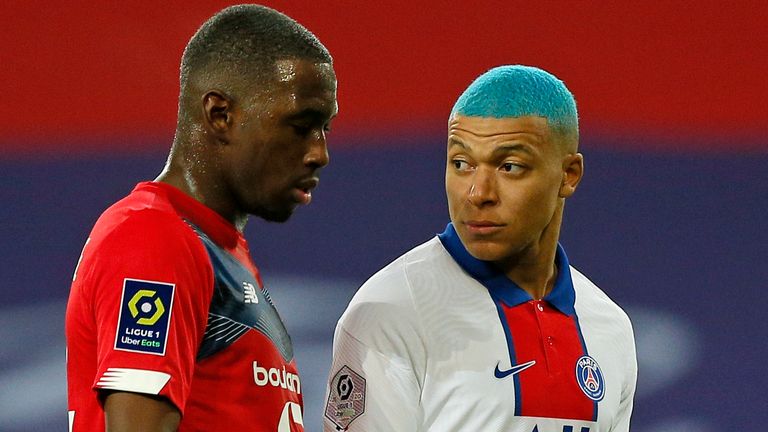 Lille finished a point above PSG in the table, sealing the title after a 2-0 victory at Angers on the final day of the season.

Just two days later, Christophe Galtier stepped down as head coach – the 54-year-old Frenchman, who had one year left on his contract, joined Lille in December 2017 after eight years at St Etienne and has been linked to jobs at Nice, Lyon and Napoli.