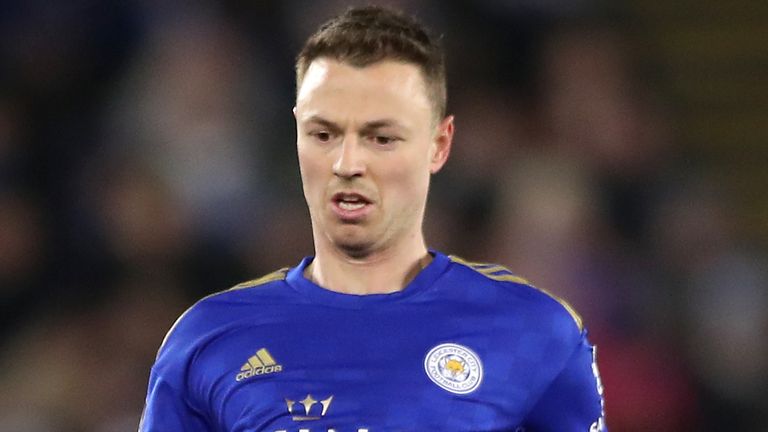 Team news and stats ahead of Leicester vs Braga in the Europa League group stage on Thursday; kick-off 8pm.

Leicester are sweating on the fitness of centre-back Jonny Evans, who is doubtful ahead of the visit of Braga.

The Northern Ireland international missed the win at Leeds with a back complaint sustained in the victory at Arsenal.

The Foxes will be without Ricardo Pereira (knee), Wilfred Ndidi and Caglar Soyuncu (both groin) and summer signing Timothy Castagne, with youngsters Luke Thomas and James Justin expected to continue their impressive development in the first team.

Braga, on a six-game winning run, should start Ricardo Horta and Paulinho up front, while Nicolas Gaitan is likely to start in midfield alongside Fransergio.

Braga at a glance

The coach: Carlos Carvalhal will be familiar to British fans from his time at Sheffield Wednesday and Swansea. The Portuguese returned to manage Braga for a second time this summer, signing a two-year deal, 14 years after his first spell at the club.

European pedigree: Regulars in European competition since 2004, Braga won the 2008 Intertoto Cup. They qualified for the Champions League for the first time in 2010-11, and that same season reached the Europa League Final – losing 1-0 to Portuguese rivals Porto in Dublin.

Form: Third in the Portuguese Primeira Liga, Braga arrive in England on a six-match winning streak in all competitions.

Follow Leicester vs Braga with our dedicated live blog across Sky Sports’ digital platforms from 6.30pm on Thursday; kick off 8pm.