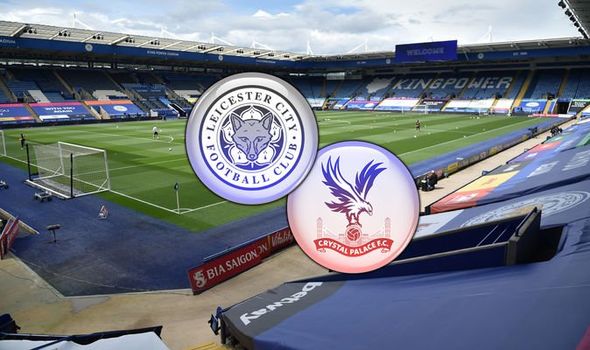 Leicester are scheduled to host Crystal Palace at the King Power Stadium on Saturday. But with the city of Leicester being put in a local lockdown following a coronavirus spike, there are serious doubts about whether the Premier League will go ahead.

Will Leicester vs Crystal Palace be postponed?

The game could be moved to a neutral venue but it’s also possible for it to be postponed.

“We have had a huge dialogue with the authorities about the concept of neutral venues,” Masters told MPs at a Digital, Culture, Media and Sport (DCMS) committee evidence session on Tuesday.

“If what is happening in Leicester – we’re waiting to hear – does affect the club’s ability to host home games – either the match on Saturday against Crystal Palace at 3pm – or subsequent matches, then we have the opportunity to put those matches elsewhere or postpone until a date when it is safe to do so.

“I’m yet to understand what the impact of the partial lockdown in Leicester is going to have on the club.

“But clearly it demonstrates the fragile project that we have on here. We can’t take it for granted.”

As it stands, the Premier League match is scheduled to go ahead.

The Safety Advisory Group, who make the final decision on where the match will take place, are scheduled to meet later this evening to discuss the matter.

Brendan Rogers, though, has remained relaxed about the situation.

The Leicester boss said: “Nothing has changed in terms of how we have been working thus far throughout this situation.

“I have always said we will react accordingly. We have to have agility in this period.

“I think in this moment in time we are in the safest place we can be in terms of our work, the stadium also.

“It is a very safe environment for the games to be in. We will just keep working until we are told otherwise.”